Restaurant workers in Charlotte, North Carolina have been caught preparing food on the filthy ground by dumpsters behind the building.

A video shows two employees at Tokyo Grill & Buffet peeling onions next to a dumpster behind the restaurant. The onions even touched the asphalt.

The Mecklenburg County Health Department called this a ‘critical violation.’ 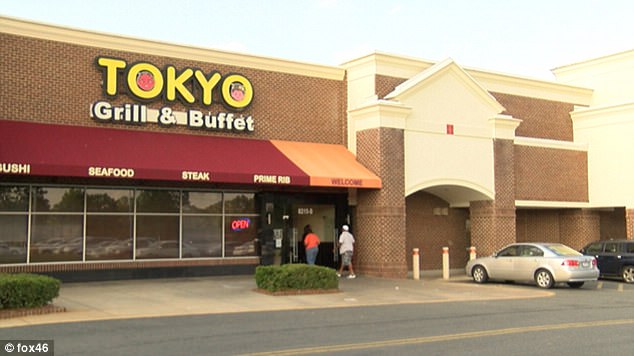 FOX 46 Charlotte reached out to the department about the video.

It sent a health inspector to the scene within one hour on August 24 and forced the restaurant to throw out the food.

The restaurant’s manager confirmed that the food was being prepared on the ground.

The video was recorded in May but the manager admitted that more onions had been prepped on the ground in late August.

He said at least one of the employees in the video has been fired and that a manager was not on duty that day to keep the workers from doing it.

Not having a manager on duty is another violation, according to the health department.

Tokyo Grill has had three official inspections this year.

It’s current health score is a 91.5. Food being prepared on the ground can lower that score as much as three points.