Two families from North Carolina are grieving after a suspected murder-suicide of two 14-year-olds.

The bodies of a boy and a girl were discovered in the boy’s home by his father.

According to the Johnson County Sheriff’s Office it has not been revealed who did the shooting, nor have the named of the teens been released.

However, friends have identified the girl as Sara Hill from Angier.

Police found two 14-year-olds, a boy and a girl, Sara Hill, died in a murder-suicide on Monday

‘The kids are dead. My daughter has been shot,’ said a man summoned to the home who identified himself as Leonard Hill on the recording of a 911 call released Wednesday by the sheriff’s office according to WRAL.

The girl was homeschooled, and the boy was a student at West Johnson High School, said sheriff’s Capt. Jeff Caldwell, according to The News & Observer.

The girl’s family told WRAL that she and the boy were not dating but had been friends for a couple of years. 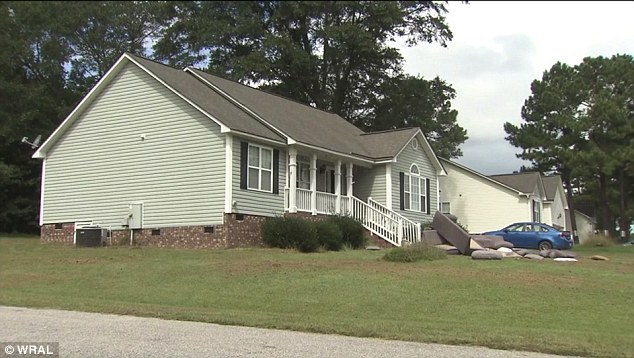 Sara had recently signed up to compete in a beauty pageant and would often stop by the boy’s house to talk.

The girl was found lying on her back on a living room couch with the boy on the floor nearby.

A rifle and spent cartridges were recovered from the scene. Law enforcement found no suicide note and did not discuss a possible motive

Sara ‘had the biggest heart of any child I know. Always loving and caring of others,’ wrote one person on the GoFundMe page set up to collect donations for her family. 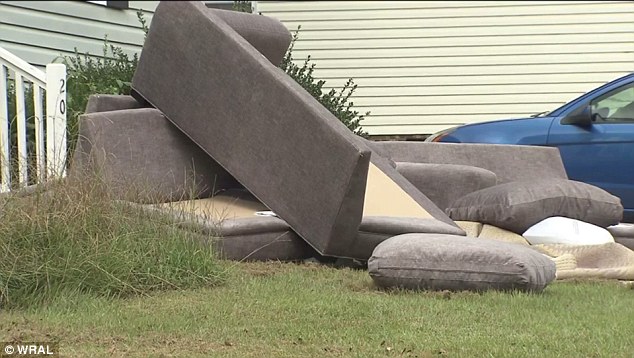 The girl’s body was reportedly found on the sofa in the living room, which was then tossed out

Another person, Meghan Billings, commented: ‘It was an absolute joy to know Sara. I was so blessed to be her teacher 2 years ago. I remember her fondly, especially her sweet spirit and amazing work ethic. She was a phenomenal person.’

Sara’s mother, Tena, wrote on the page: ‘As the parents of Sara we thank each and every one of you. We are at a loss for words to let everyone know how appreciative we are.’

‘Our Baby Girl is such a gift from God and we are blessed to be her parents,’ she wrote. ‘Not in a million years did we think we would be putting our baby girl to rest at such a young age. We can’t express enough how much we appreciate your kindness and prayers.’

If you or someone you know is showing warning signs of suicide, contact the National Suicide Prevention Lifeline at 800-273-TALK or text the Crisis Text Line at 741741.