North Korea has released a set of commemorative stamps to mark its successful test launch of a Hwasong-14 intercontinental ballistic missile.

The propaganda set comes just days after it fired a rocket over Japan, sparking international outrage.

North Korea launched two Hwasong-14s in July, which led to a fresh round of international sanctions aimed at curbing Pyongyang’s efforts to build a nuclear-tipped warhead. 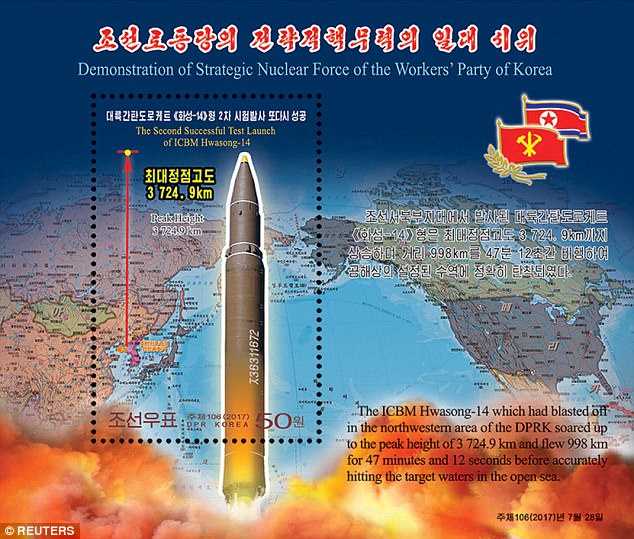 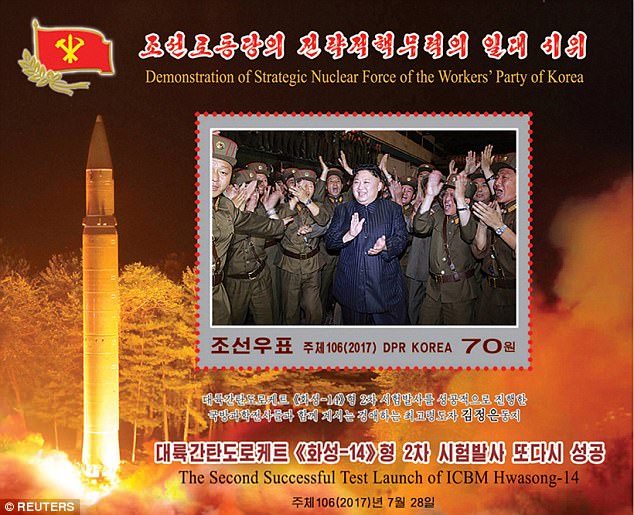 The commemorative set, supposedly issued by the country’s stamp bureau and released by the official news agency KCNA, included images and descriptions of the second July launch.

Another stamp shows a picture of the missile being launched against the backdrop of a world map.

And the thrid shows the missile mid-flight with the words ‘Peak Height 3724.9 km’ – in English.

There are other English phrases written on the stamps such as ‘Demonstration of Strategic Nuclear Force of the Workers’ Party of Korea’.

The use of English on the stamps makes it clear they have been issued for propaganda purposes. It is unclear to what extent they will be used to send letters in North Korea.

Earlier this month North Korea issued another set of propaganda stamps featuring a missile heading to Capitol Hill in Washington.