The North’s official Korean Central News Agency said the suspension of nuclear and ICBM tests went into effect on Saturday.

The country says it is making the move to shift its national focus and improve its economy.

South Korean army soldiers pass by a wire fence decorated with ribbons written with messages wishing for the reunification of the two Koreas at the Imjingak Pavilion in Paju, South Korea, near the border with North Korea, Friday, April 20, 2018

The North’s decisions were made in a meeting of the ruling party’s full Central Committee which had convened to discuss a ‘new stage’ of policies.

US President Donald Trump is set to meet Kim Jong Un in the coming months. 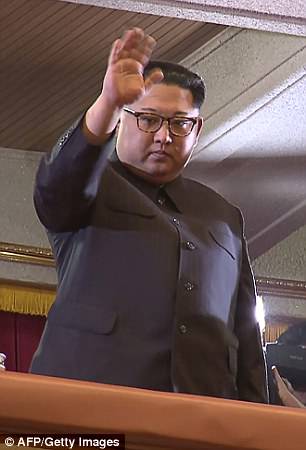 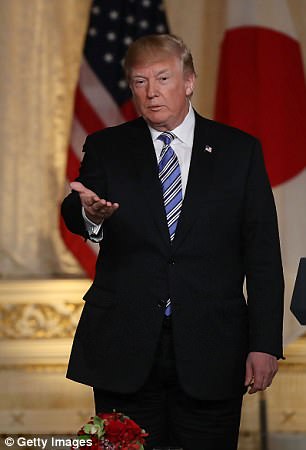 Kim Jong Un (left, at a concert in Pyongyang on April 1) is set to meet President Trump (right, at Mar-a-Lago on April 18) in the coming months