North Korea has threatened the US with a ‘horrible nuclear strike’ and ‘miserable and final ruin’ after the Stalinist dictatorship was subject to further sanctions.

It comes amid high tensions on the Korean peninsula after Pyongyang carried out its sixth nuclear test and fired two missiles over Japan in the space of less than a month.

As a response, Japan today deployed an additional missile defence system on its northern island of Hokkaido while yesterday the US and South Korea held live-fire bombing drills using advanced aircraft.

But North Korea state newspaper Rodong Sinmun has claimed its nuclear programme is merely a ‘deterrence’ system designed for self-defence.

In a ranting diatribe, North Korea’s state newspaper said that in pursuing further sanctions the US was guilty of ‘shameful logic and a brigandish deed to justify its crimes against peace on the Korean Peninsula’. Pictured: Dictator Kim Jong-un 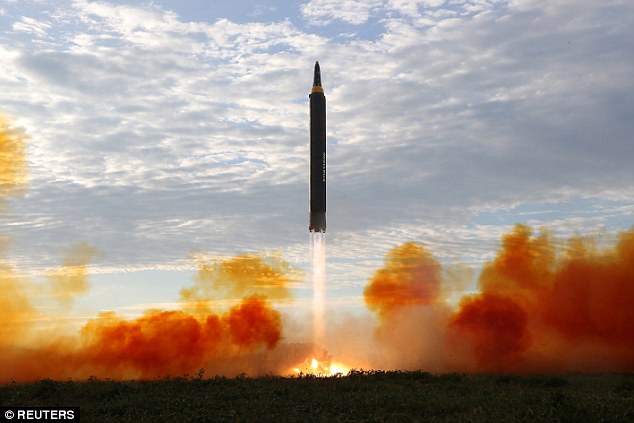 In a ranting diatribe, the newspaper said that in pursuing further sanctions the US was guilty of ‘shameful logic and a brigandish deed to justify its crimes against peace on the Korean Peninsula’.

But in a threat to the global powers opposed to the autocracy, it also said: ‘It is now in full readiness to destroy the enemies’ bases with its resolute and preemptive strike if they show any slight sign of provocation.

‘In case the US opts for confrontation and war at last, defying the strategic position of the DPRK, nuclear power of Juche [the country’s state ideology] and a world military giant, it will meet horrible nuclear strike and miserable and final ruin.’

The paper also ranted against the attempt to ‘blockade to stifle’ the country with UN sanctions.

It added: ‘The DPRK has had access to everything and gained everything it could do despite the harshest sanctions and blockade by the hostile forces, and it is a daydream to calculate that the DPRK can be shaken to change its attitude in face of the new “sanctions”.

‘The enemies’ reckless and ridiculous sanctions, pressure, threat and blackmail will offer an opportunity to the DPRK to bolster up its deterrence, while bring bitterer [sic] disgrace to them.’ 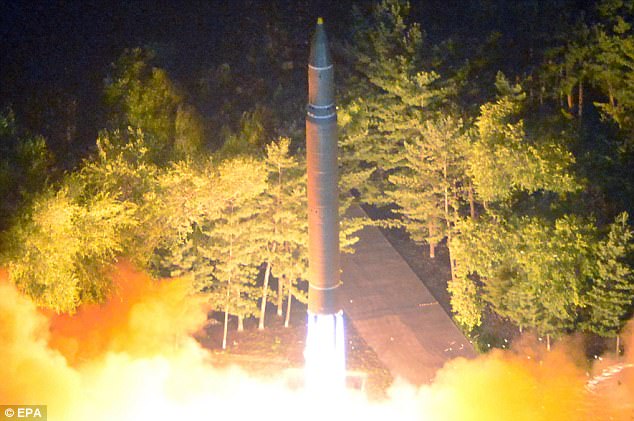 This photo, made available by the North Korean state news, shows a test-fire of the Hwasong-14 ICBM at an undisclosed location in North Korea in July 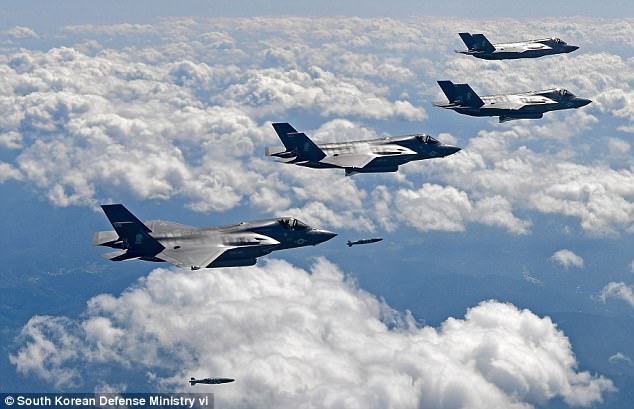 The newspaper also said that North Korea ‘towered as the most powerful nuclear weapons state despite the unprecedented difficulties and trials’, adding that it ‘is not afraid of any sanctions, pressure and war’.

Earlier today, Japan’s defence minister Itsunori Onodera said: ‘As part of measures to prepare for emergencies, we will today deploy a PAC-3 unit, explaining that it will be based at the nation’s Ground Self-Defense Force in the southern tip of Hokkaido.

North Korea ‘may take further provocative actions including launching ballistic missiles that would fly over Japan again in the future’, Onodera added, saying that his ministry ‘would take appropriate measures to protect people’s safety’.

According to local officials, Japan has already deployed the PAC-3 system to another part of Hokkaido.

But defence officials declined to confirm where in Japan other systems were deployed, citing the sensitive nature of defence information.

North Korea has threatened to ‘sink’ Japan into the sea and said Saturday it sought military ‘equilibrium’ with arch-enemy the United States by developing a full nuclear arsenal. 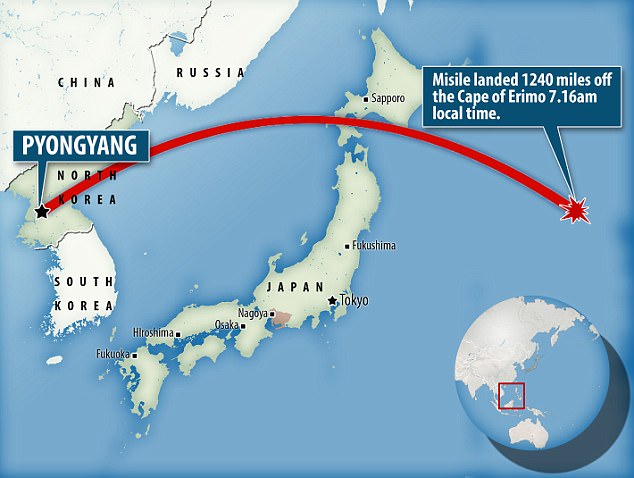 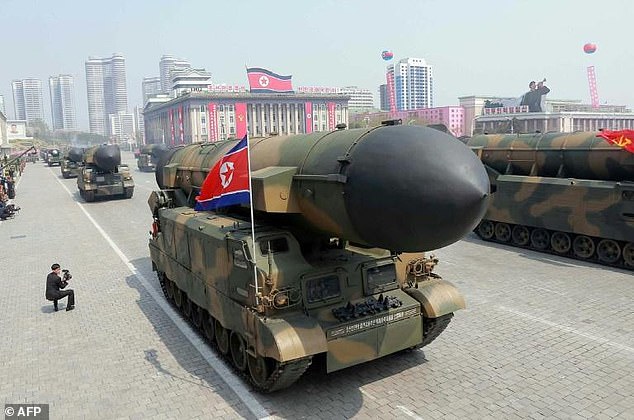 North Korea recently tested two intercontinental ballistic missiles (ICBM) that appear to bring much of the US within their maximum 10,000 kilometre range

Hawkish Japanese Prime Minister Shinzo Abe has said he would ‘never tolerate’ the North’s ‘dangerous provocative action’ and has urged the international community to ramp up pressure on Pyongyang.

The UN Security Council, which condemned the launch as ‘highly provocative,’ will hold a new ministerial-level meeting on Thursday on the proliferation of weapons of mass destruction, focused on enforcing sanctions on the North Korean regime.