North Korean leader Kim called Trump a what? A ‘dotard’

Dotard is a translation of a Korean word, “neukdari,” which is a derogatory reference to an old person.

It was used in an unusual direct statement from Kim that the Korean Central News Agency transmitted verbatim in response to Trump’s speech at the U.N. this week, in which he mocked Kim as a “Rocket Man” on a “suicide mission,” and said that if the U.S. is “forced to defend itself or its allies, we will have no choice but to totally destroy North Korea.”

Past KCNA reports have used the Korean word against South Korean conservatives, but they rarely translate it as dotard.

Sometimes, it is translated into the neutral “old people” or omitted, depending on the context or the importance of the statement. KCNA last used the word in 2012, when it called then South Korean President Lee Myung-bak “the traitor like a dotard.”

So why did KCNA use the word?

The Korean version of Friday’s dispatch uses “michigwangi,” which means a mad or crazy person, before “neukdari,” so a more accurate translation might have been a “crazy old man” or an “old lunatic.”

In the past, KCNA has occasionally not published English versions of crude insults directed at U.S. leaders or officials in an apparent effort to differentiate its statements for domestic audiences and outsiders.

KCNA called President Barack Obama a “monkey,” in 2014, but attributed the remarks to a factory worker and did not issue an English version. Later the same year, an unidentified North Korean defense commission spokesman called U.S. Secretary of State John Kerry a wolf with a “hideous lantern jaw,” but again only in Korean.

After Trump threatened North Korea with “fire and fury” in August, Gen. Kim Rak Gyom, commander of the North’s strategic rocket forces, was quoted in a KCNA Korean dispatch as saying Trump showed his “senility” again. But the KCNA English dispatch omitted that word. 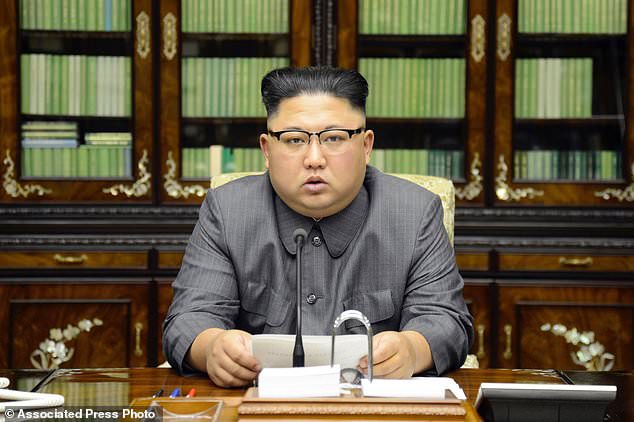 In this Thursday, Sept. 21, 2017, photo distributed on Friday, Sept. 22, 2017, by the North Korean government, North Korean leader Kim Jong Un delivers a statement in response to U.S. President Donald Trump’s speech to the United Nations, in Pyongyang, North Korea. Kim, in an extraordinary and direct rebuke, called Trump “deranged” and said he will “pay dearly” for his threats, a possible indication of more powerful weapons tests on the horizon. Independent journalists were not given access to cover the event depicted in this image distributed by the Korean Central News Agency via Korea News Service. The content of this image is as provided and cannot be independently verified. (Korean Central News Agency/Korea News Service via AP) 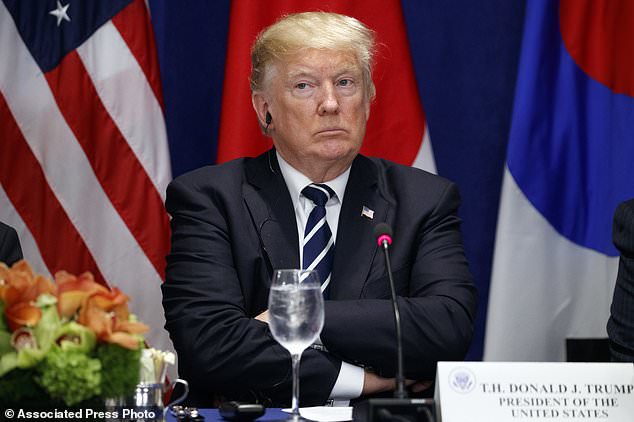