The leader’s title was officially changed from Supreme Commander to head of state and commander-in-chief of the military in July last year which helped solidify his rule in the country.

The logo, made up of marshal’s star and wreath, was removed from several programmes about the North Korean Leader as well as a daily feature which shares the country’s new year propaganda slogans.

Before: Kim Jong Un’s emblem used to be seen in the background of North Korea propaganda videos 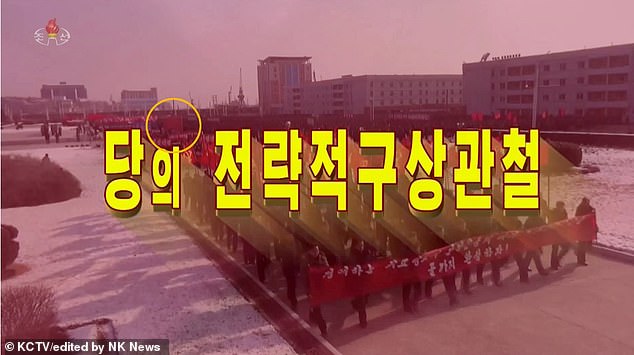 After: The emblem appeared to have been removed in the 15-minute propaganda video as well as other programmes about Kim Jong Un

According to NK News, the 15-minute propaganda video was edited sometime between February 18 and 19, reported The New York Post.

The removal of the emblem has been linked to the new constitutional changes which came into force in July.

Earlier this month, Kim Jong Un made his first public appearance after 20 days of absence, which sparked rumours about his health.

In April there were reports he had undergone heat surgery, with one Japanese outlet stating the surgery went wrong and had left the leader in a vegetative state and others claimed he had died.

Speaking to a parliamentary committee on May 6, the head of South Korea’s intelligence agency, Suh Hoon said there was nothing to indicate the rumours about Kim’s ill-health were true.

‘The NIS assesses that at least he did not get any heart-related procedure or surgery,’ committee member Kim Byung-kee told reporters.

Pictured: Kim Jong Un supposedly makes his first public appearance after 20 days of absence that sparked rumours about his health, and suggestions that he had died as a result of a botched heart surgery 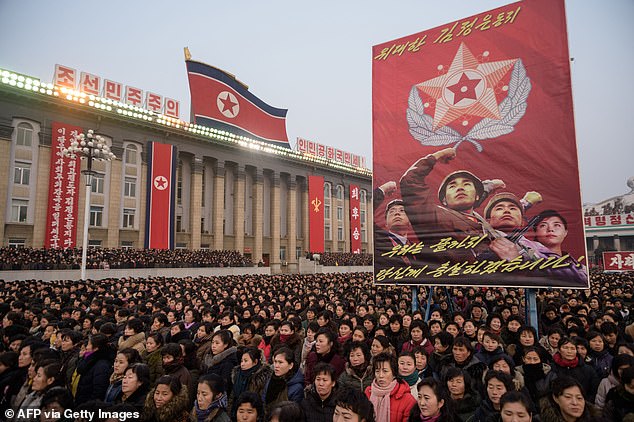 Missing: The emblem, which features a marshal’s star and wreath (pictured), was removed from several programmes on North Korean TV

‘He was normally performing his duties when he was out of the public eye. At least there’s no heart-related health problem.’

But the lawmaker said Kim Jong Un only made 17 public appearances so far this year, compared with an average of 50 from previous years, which the NIS ascribed to a possible coronavirus outbreak in North Korea.

Since coming to power in 2011, the previous fewest public appearances Kim has made during those months was 21 in 2017, according to a tally by Chad O’Carroll, CEO of Korea Risk Group, a Seoul-based organisation that tracks North Korea.