North Korea’s leader Kim Jong-Un has met the chief of the International Olympics Committee in Pyongyang during a rare foreign visit to thank him for helping the North take part in the Winter Games.

The portly tyrant took Thomas Bach to a game of women’s football during a three-day visit to thank him for helping to bring about a ‘dramatic thawing’ of tensions on the Korean peninsula.

Last month’s Winter Olympics in South Korea triggered a fast-moving rapprochement that will see Kim sit down with the South’s President Moon Jae-in in late April – with a US summit with President Donald Trump planned for May.

Bach arrived in the country on Thursday and his visit, which concluded Saturday, was the result of an invitation extended by Pyongyang in January.

The isolated, nuclear-armed regime rarely hosts foreign dignitaries but recent weeks have seen a flurry of diplomacy, with Kim making his first foreign trip as leader to meet Chinese President Xi Jinping and inviting him to visit Pyongyang.

Kim told Bach that the Olympics – which saw competitors from the two Koreas march together at the opening ceremony and field a joint women’s ice hockey team – ‘opened a new chapter of concord between the north and the south’, the official KCNA news agency said.

‘He said that the once frozen north-south relations greeted a dramatic thawing season with the Olympics as a momentum and it was totally attributable to the efforts of the IOC which offered an opportunity and paved a path for it,’ KCNA reported. 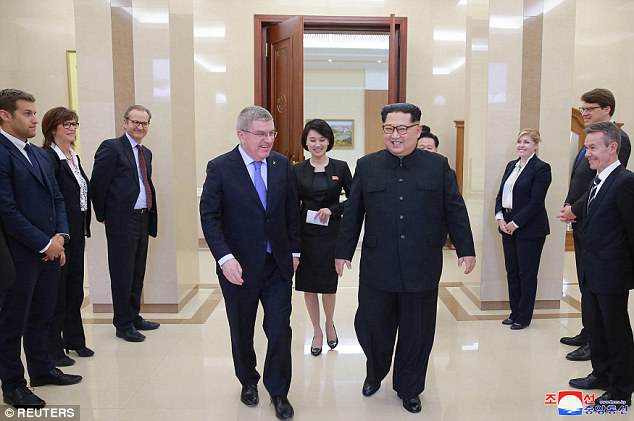 Bach arrived in the country on Thursday and his visit, which concluded Saturday, was the result of an invitation extended by Pyongyang in January. He is pictured with Kim in an undated image 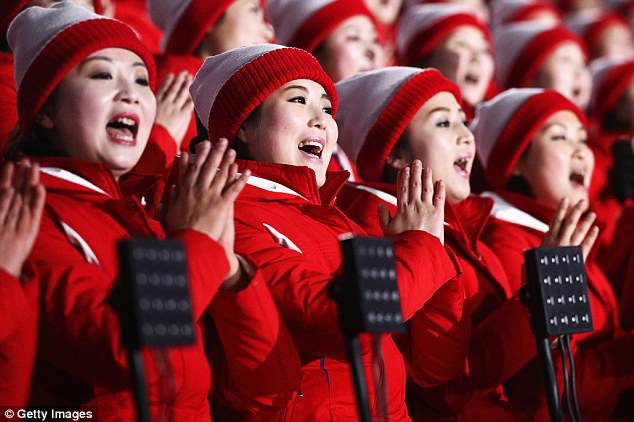 Bach has hailed the reconciliatory mood, saying previously that the Olympic spirit ‘brought two sides together’ and the two neighbours sent a ‘powerful message of peace’ to the world.

During his visit the Olympics chief also spoke to Kim about how to develop sport in his isolated country.

North and South Korea plan to hold a summit on April 27.

Trump is then due to meet Kim before the end of May for talks on Pyongyang’s denuclearisation. 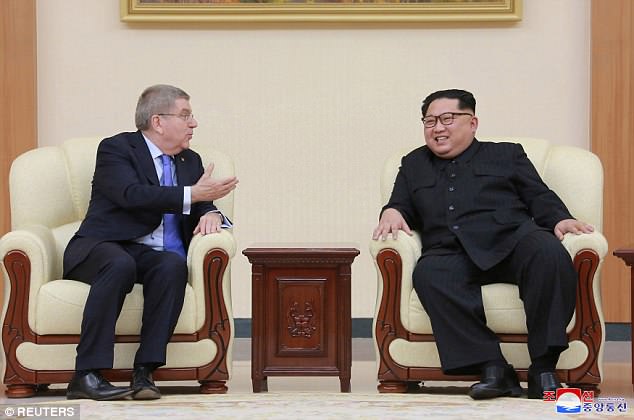 During his visit the Olympics chief also spoke to Kim about how to develop sport in his isolated country. The pair are pictured chatting together in an undated photo taken during the visit