By Jesse Hyland and Ben Talintyre For Daily Mail Australia

Detectives have arrested a man following the suspicious death of his wife who was allegedly killed with a blunt weapon and found lying in a pool of blood inside a garage.

Police were called to a property on Brickworks Lane in Northcote around 8pm on Wednesday after a 51-year-old woman’s body was discovered by her daughter.

The woman’s husband, a 52-year-old man, has been taken into custody and is being questioned by police.

He was seen in tears as officers searched through the family’s inner-city Melbourne home. 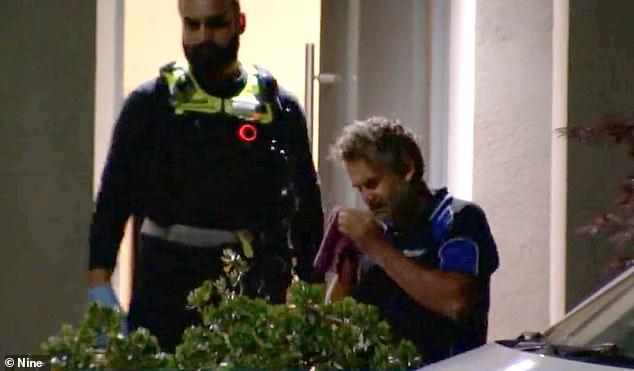 Her husband, a 52-year-old man (pictured), was seen in tears outside the property as police searched through it. He was taken into custody and is being questioned by detectives

It’s understood the woman had serious injuries to her head and was surrounded by blood. There was also blood spatter on the garage walls.

Police allege that the woman was fatally assaulted with a blunt weapon.

Her husband called emergency services after he was alerted by his young daughter who came across her mother’s body.

The street remained closed on Thursday as detectives investigated the circumstances surrounding her death.

Officers have combed through the family’s two-storey home.

The woman’s family is believed to have lived in the second unit of the shared building. 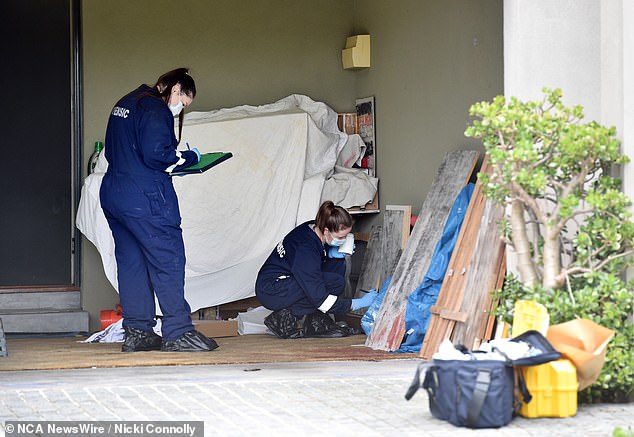 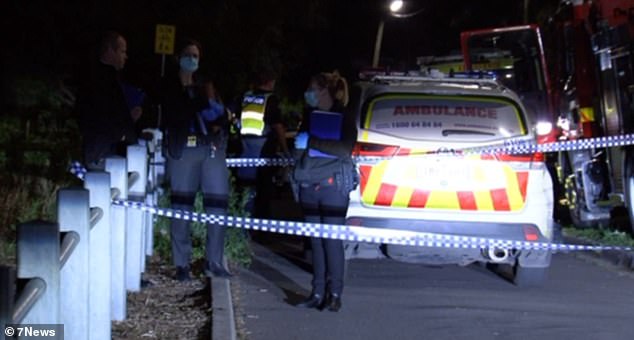 A neighbour, who spoke under the pretence of anonymity, told the Herald Sun the street is usually peaceful so she was shocked to hear about the death.

‘I got home and there was police tape everywhere, I saw the garage door open and a big light,’ she said.

‘The street is usually really peaceful so this is a surprise.’

Police have not released a description of anyone they wish to speak to in relation to the death but have urged anyone with information to come forward.