The northern lights, or Aurora Borealis, have fascinated humanity for millennia but exactly how they’re created has remained a bit of a mystery.

It was in 1946 that Russian physicist Lev Landau first theorized electrons ‘surfed’ on the electric field of a wave, a process he called Landau damping.

In a study published this week in the journal Nature Communications, scientists at the University of Iowa confirmed Landau’s predictions and definitively pointed to the effect as causing the northern lights.

‘Measurements revealed this small population of electrons undergoes ‘resonant acceleration’ by the Alfven wave’s electric field, similar to a surfer catching a wave and being continually accelerated as the surfer moves along with the wave,’ said physicist Greg Howes, a study co-author.

Humans have observed the northern lights for millennia: in ancient Chinese folklore, a young woman witnessing the lights gave birth to Emperor Xuanyuan, the legendary forefather of all Chinese people.

A Norwegian account from 1230 AD attributes the northern lights to the ocean being on fire, while Benjamin Franklin theorized in 1778 that an aurora was caused by snow and ice intensifying electrical charges at the poles.

Some Native American peoples believed the lights were the spirits of their deceased friends dancing in the sky—and Confederate soldiers seeing the effect during the Battle of Gettysburg assumed its presence so far south meant that God was on the South’s side.

In reality, solar flares and other volatile reactions on the Sun impact solar winds and can sometimes trigger severe geomagnetic storms. 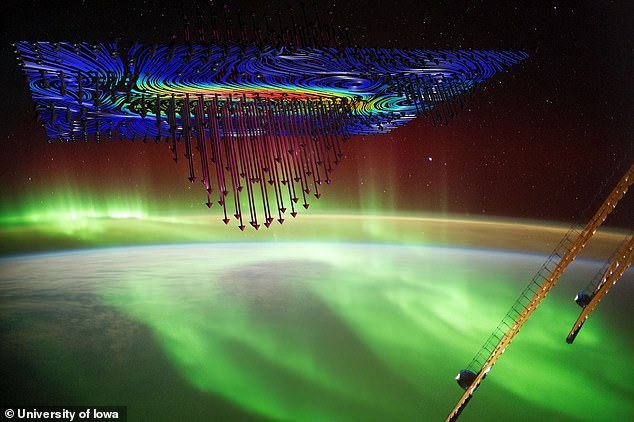 These storms drive a process called ‘magnetic reconnection’ in which magnetic field lines break and reform—snapping back toward the Earth ‘like a stretched rubber band that is suddenly released,’ according to Howes.

That snap-back launches Alfven waves that travel towards the Earth along the magnetic field. At altitudes below 12,000 miles, where Alfven wave speed exceeds the electron thermal velocity, electrons moving in the same direction as the Alfven wave accelerates.

Traveling at speeds of up to 45 million mph, the electrons ‘stream down along the Earth’s magnetic field,’ Howes explained, ‘eventually colliding with the oxygen and nitrogen atoms and molecules in the thin air of the upper atmosphere.’

That impact causes the shimmering curtain of light we know as the Aurora Borealis.

While this phenomenon has been understood for more than 40 years, a team of physicists led by the University of Iowa simulated it in the lab for the first time. 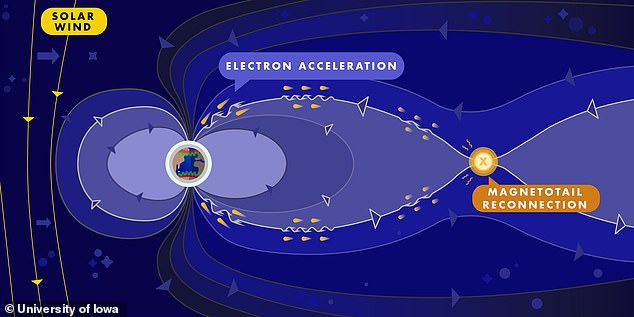 Overview of the acceleration of auroral electrons by Alfven waves 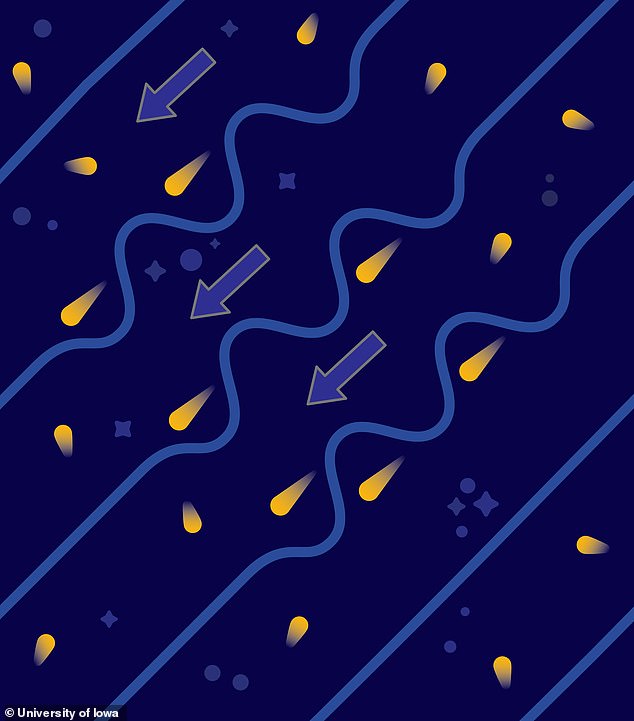 With funding from NASA, the Department of Energy and the US National Science Foundation, the researchers conducted numerous simulations using the Large Plasma Device (LPD) at UCLA’s Basic Plasma Science Facility to show Alfven waves accelerated electrons toward Earth, causing the glowing effect of the Aurora Borealis.

‘These experiments let us make the key measurements that show that the space measurements and theory do, indeed, explain a major way in which the aurora are created,’ said co-author Craig Kletzing.

The researchers also recreated Earth’s magnetic field inside a special chamber using the LPD’s powerful magnetic field coils, then generated plasma similar to what exists in space near the Earth. 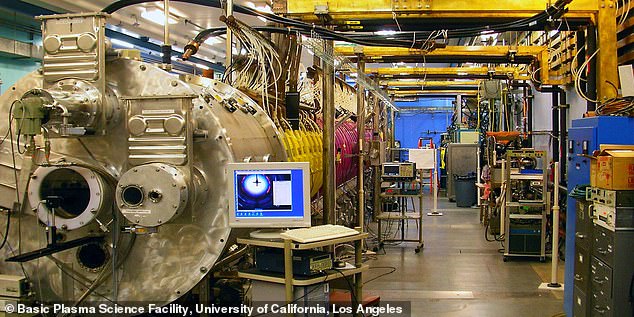 ‘Using a specially designed antenna, we launched Alfven waves down the machine, much like shaking a garden hose up and down quickly, and watching the wave travel along the hose,’ Howes told CNN.

As the electrons ‘surfed’ the wave, they measured how they were gaining energy.

Although they couldn’t recreate the glow of the northern lights, said Howes, their measurements matched the predictions from their simulations, ‘proving that electrons surfing on Alfven waves can accelerate the electrons [up to speeds of 45 million mph],’ which can cause the aurora effect.

Their research was also supported by astronauts on space missions frequently finding Alfven waves traveling Earthward above auroras, ‘presumably accelerating electrons along the way,’ according to a release from the University of Iowa. 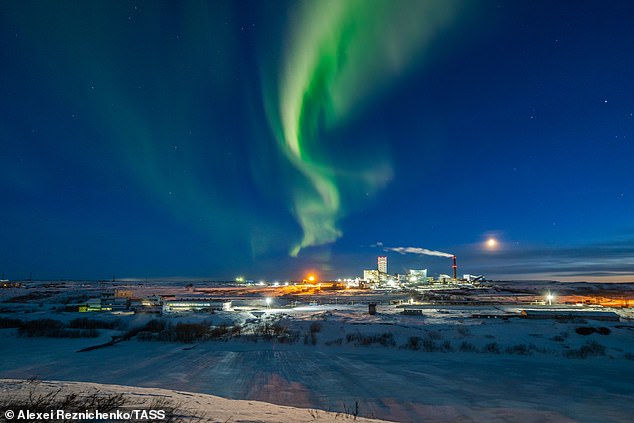 The northern lights seen over the Zapolyarnaya-2 mine in Vorkuta, northwestern Russia

Since the process happens constantly, there is no official northern lights ‘season.’ But your best chance of seeing them is from September to March in areas within the Arctic Circle, like Alaska, Iceland, norther Russia and northern Canada—especially during the spring and autumn equinoxes.

Occasionally, if solar winds are more intense, the aurora can be seen at lower latitudes.

The northern lights are a fickle phenomenon: Knowing what causes them is one thing, but understanding why some are more brilliant than others ‘remains an unsolved challenge,’ Howes told CNN.

He hopes more observations from space will enable astronomers to eventually help predict Alfven waves’ strength during any given geomagnetic storm.