The black and grey jumpers features two runes which, although hailing from Vikings and Norse mythology, are symbols used by neo-Nazi movements.

The rune of the war god Tyr, selected for the national team to represent victory and strength, has long been used by extreme right-wing groups and was the official emblem for Adolf Hitler’s leadership school in Nazi Germany. 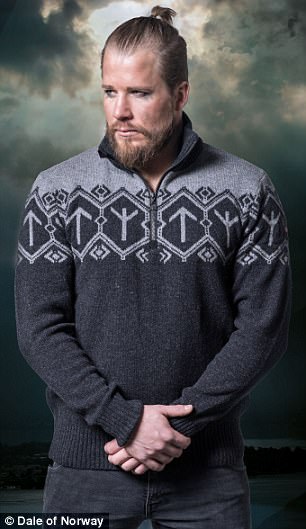 Bad move: The Tyr rune seen on the Norwegian alpine skiing team’s jumpers was used by Hitler in Nazi Germany and is a symbol for a prominent neo-Nazi group in Scandinavia

The life rune, representing Yggdrasil –  the tree of life – means human, but has since been hijacked by Scandinavian neo-Nazis to represent life.

Patterned knitted jumpers, also known as the lusekofte or the Setesdal sweater, are considered a part of Norwegian heritage and are available in many forms and patterns.

As for skiing, it is one of the most popular winter past-times in Norway, and it is the sport where the small Scandinavian country of around 5.2million prevail.

Due to the national significance of both patterned knitted sweaters and skiing, the well-documented Nazi association of a rune appearing on the jumper worn by its national team has caused controversy in Norway.

A prominent knitting pattern wholesaler has refused to sell the pattern for fear that white supremacists and Nazis would turn up at far-right marches wearing the ski team’s jumper. 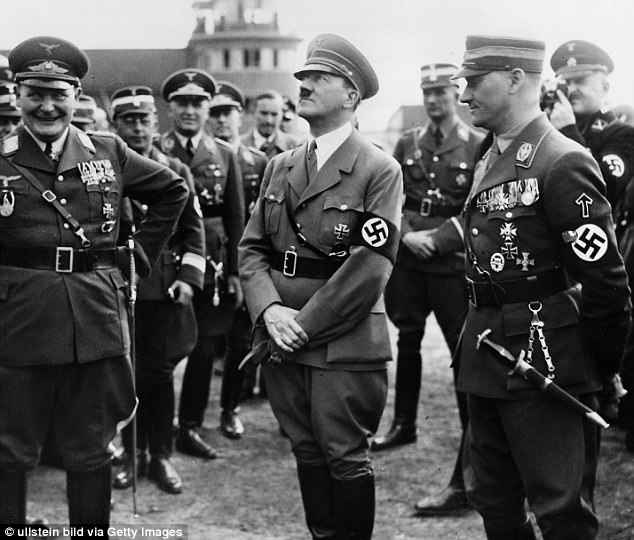 Adolf Hitler is seen next to SA commander Viktor Lutze, right, who proudly wears the Tyr rune on his arm, having graduated from the Reichsführerschulen 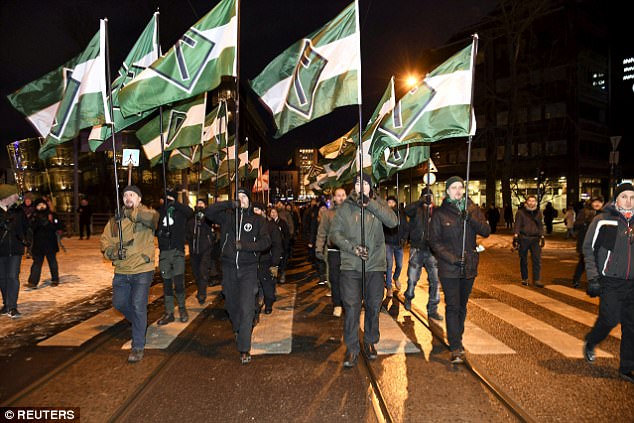 Several members of the Alpine team told the New York Times that they will no longer be wearing the jumper during the games in South Korea, which starts next week.

Nordic and Germanic mythology, Tyr is one of the war gods who represents battle and victory.

In the 1930s, the Tyr rune was adopted by Hitler in Nazi Germany and became known as the Kampfrune, the ‘battle rune’.

The arrow-shaped badge was awarded graduates of his Reichsführerschulen – a leadership school where top Nazis were trained to be Hitler’s right-hand men. 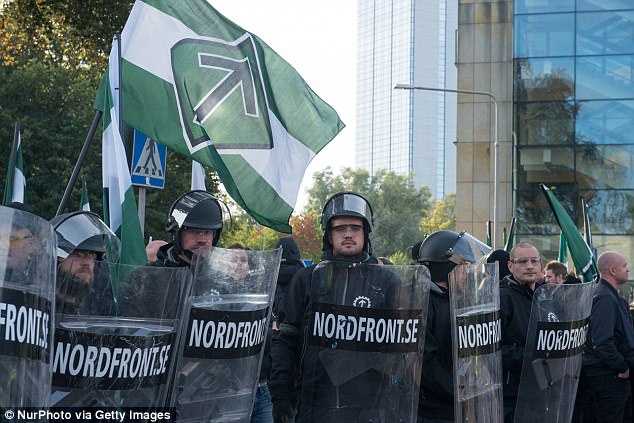 Members of the Nordic Resistance Movement rally in Gothenburg, Sweden in September

The extremist far-right organisation flies its green, white and black flags with the giant Tyr rune at hate-filled marches, mainly in in Sweden, but also in Norway.

Despite the controversy and criticism, the manufacturer of the official Norwegian Alpine Team jumper refuses to pull the item, stating that the runes are part of Scandinavian heritage and do not belong to the far-right.

‘That does not mean we stop using that, does it?’