Peter Doig has always been a popular figure with art’s traditionalists. The Edinburgh-born painter has stayed forever loyal to his medium – even in the years, since the Nineties, when it has come to be deemed passé and less trendy than other media (such as video and conceptual art).

The good will extends both to his prices at auction (a number of Doig paintings have sold recently for more than $20 million) and reviews of his exhibitions, which are almost universally favourable.

A show of new works has just opened at Michael Werner Gallery, in Mayfair, London, and even those of us who never entirely bought into the myth of Doig’s greatness would have to call it a success. 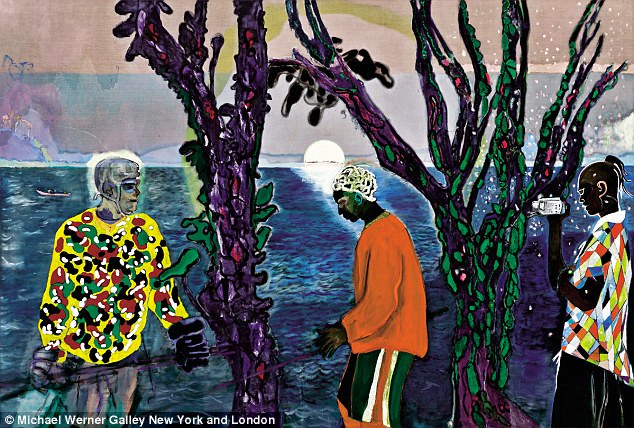 Peter Doig moved to Trinidad in 2002 and although his paintings depict a seeming paradise of sun, sea and sand, there are hints of menace lurking beneath the surface (Two Trees, above)

Doig, 58, moved to Trinidad in 2002, and most of the paintings depict a seeming paradise of sun, sand and sea – but with hints of menace lurking beneath the surface and around the corner.

Take Red Man (Sings Calypso), in which a beefy lifeguard stares confidently at us, with a look of ‘on my watch, this beach is safe’.

On the sand behind him, however, a man is being strangled by a snake (much as the priest in Greek mythology, Laocoön, was on the shores of Troy). 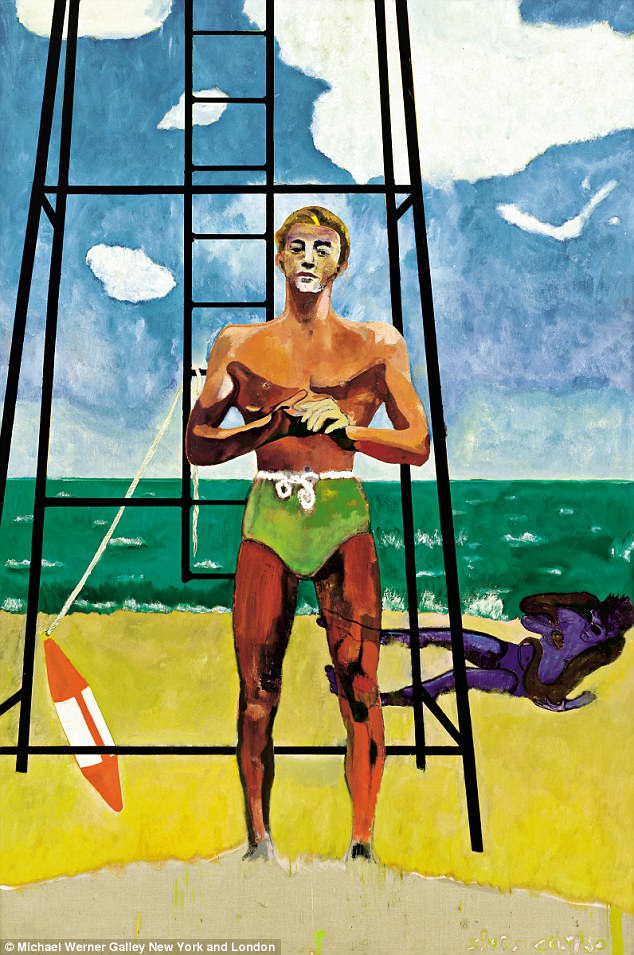 In Red Man (Sings Calypso), a man is being strangled by a snake in the background of the picture. Like so much of Doig’s works in this show, nothing is quite what it seems

Two Trees – an apparently tranquil, moonlit scene of two friends by the sea – depicts, in fact, a pair of murderers, with a corpse at their feet and a third figure filming their actions on a video camera.

Elsewhere, musicians play, lions roam and nothing is quite what it seems. The squares of Trinidad’s capital, Port of Spain, look eerily empty, recalling the piazzas of Italian proto-Surrealist Giorgio de Chirico.

Every picture here tells a story – and despite the bright colours and lush settings, not one of them could be called a fairy tale.