A notorious Finks bikie with ‘tuff luck’ tattooed on his eyelids has vowed to remove his ink and turn his life around after admitting to bashing his friend.

Troy Fornaciari lent his Harley Davidson to Jacob Nyrhinen – but his friend crashed it on the Princes Highway at Dapto in 2017.

Fornaciari, 35, went to the scene on the crash and, angry that his bike had been damaged, began bashing Nyrhinen in the head while paramedics tried to stop him. 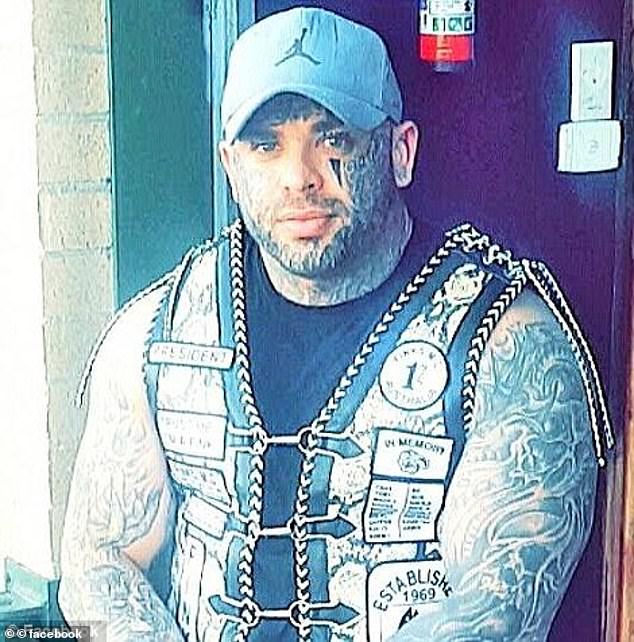 Court documents showed a paramedic said: ‘Let’s worry about your mate’s injuries before we worry about the bike’.

But Fornaciari would not stop and paramedics were forced to lock themselves inside the ambulance as they waited for police to arrive, The Daily Telegraph reported.

Police reported finding an ‘agitated’ Fornaciari pacing outside the ambulance.

Fornaciari, who has been in custody since February last year, appeared the Wollongong Local Court on Thursday after pleading guilty to charges including affray.

Fornaciari’s defence lawyer Graeme Morrison has revealed to the court how Fornaciari plans to change his life. 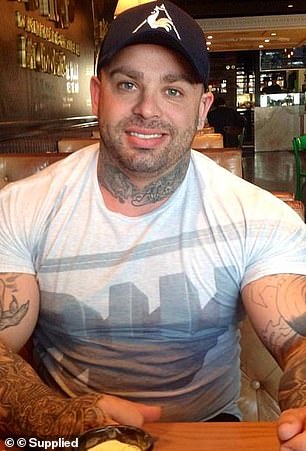 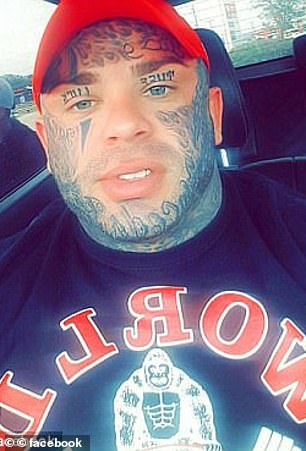 Once clear-skinned (left) Troy Fornaciari now sports ink on most areas of his face (right), including the works ‘tuff luck’ on his eyelids and ‘not guilty’ on his cheek

He said Fornaciari was now embarrassed by his notorious facial tattoos and wanted them removed.

Once clear-skinned, Fornaciari sports ink on most areas of his face, including the words ‘tuff luck’ on his eyelids and ‘not guilty’ on his cheek.

He told the court Fornaciari’s behaviour had spanned from mental health issues and a traumatic upbringing.

Mr Morrison told the court his client had start to take responsibility for his actions.

‘He was capable and able to impose acts of violence when things didn’t go his way.’

The case has been adjourned for sentencing on May 2.