Nottingham Forest have confirmed the sacking of head coach Sabri Lamouchi and have replaced him immediately with Chris Hughton.

Forest are currently languishing in the Championship relegation zone following four straight defeats at the start of the new season, and the 2-1 defeat at home to Bristol City on Saturday was the final straw.

But soon after Forest’s one-line statement announcing Lamouchi’s departure, the club announced that ex-Newcastle, Norwich and Brighton head coach Hughton would be the club’s new manager. 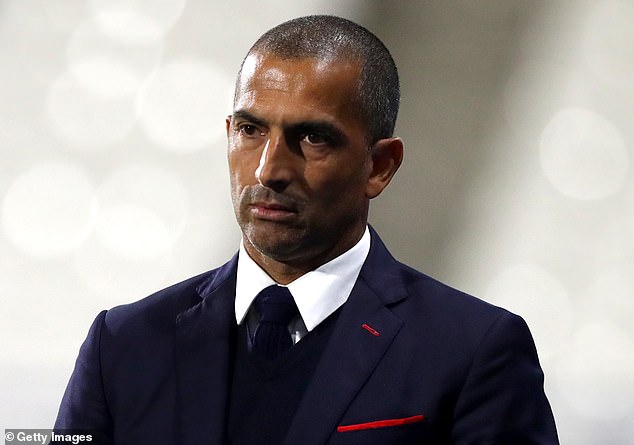 The club announced the news on Tuesday evening with a simple one-line statement: ‘Nottingham Forest can confirm that the contract of head coach Sabri Lamouchi has been terminated with immediate effect.’

The 48-year-old took over as Forest boss in July 2019 following the departure of Martin O’Neill.

Lamouchi guided Forest to seventh last season as they agonisingly missed out on a play-off spot on the final day following a capitulation against Stoke.

The Forest board kept the Frenchman on over the summer though, yet have already dispensed with his services less than a month after the 2020-21 season started.