‘I don’t have much respect for him’: Novak Djokovic hits back at Nick Kyrgios after Aussie bad boy labelled the world No 1 ‘a tool’ for his list of demands to relax quarantine for tennis players ahead of Australian Open

Novak Djokovic has continued his war of words with Nick Kyrgios, saying he has little respect for the outspoken Australian off the court.

It came after Kyrgios branded him a ‘tool’ for criticising Covid-19 quarantine measures put in place ahead of the Australian Open. 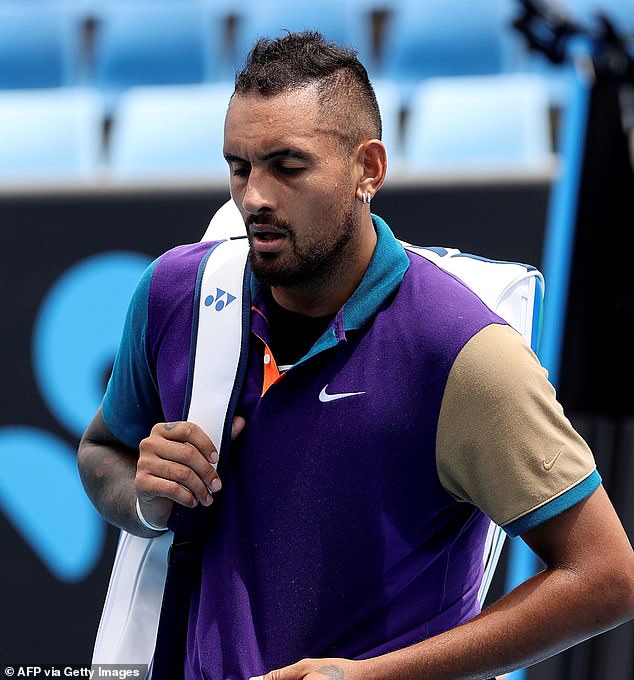 The Serbian world No 1 asked for looser quarantine restrictions after several players were forced to stay in their hotel rooms after positive coronavirus tests on flights chartered to bring players to Melbourne for the Slam.

72 players were unable to train during their two-week quarantine period ahead of the Australian Open after positive results on flights from Los Angeles, Abu Dhabi and Doha.

Djokovic called for the length of the isolation to be reduced, better food, access to fitness equipment and coaching teams, and players to be moved from hotels into private homes with tennis courts on site. The request was turned down.

Bernard Tomic’s girlfriend, Vanessa Sierra, also complained about the cold food and moaned she had to wash her own hair and would have to use the same toilet as her boyfriend. 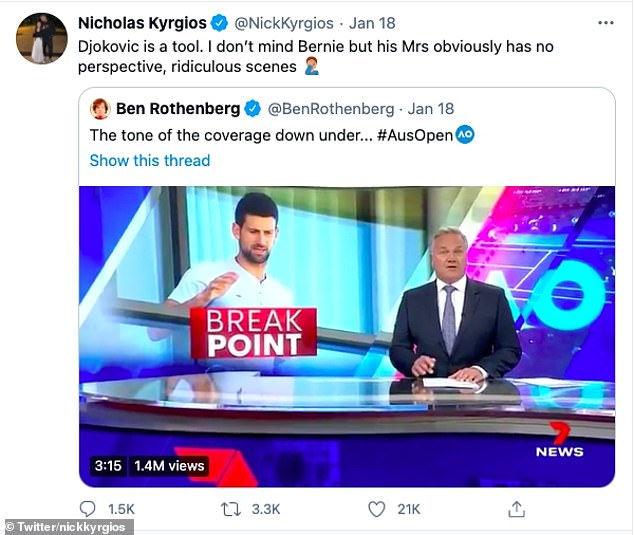 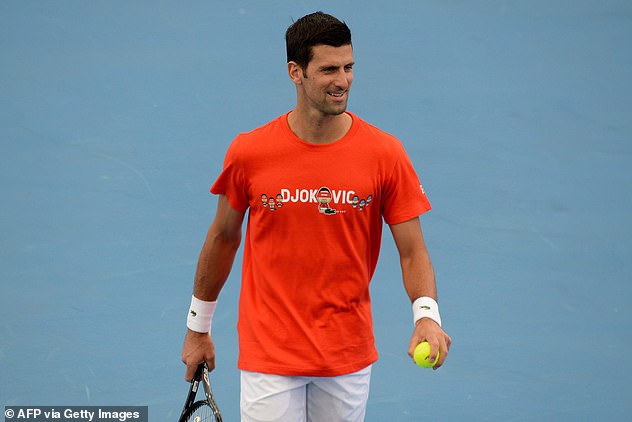 In response, Kyrgios tweeted: ‘Djokovic is a tool. I don’t mind Bernie but his Mrs obviously has no perspective, ridiculous scenes.’

Now Djokovic has responded, saying he has respect for Kyrgios on the court but not off it.

He said: ‘I think he’s good for the sport. Obviously he’s someone that is different. He goes about his tennis, he goes about his off-court things in his own authentic way. 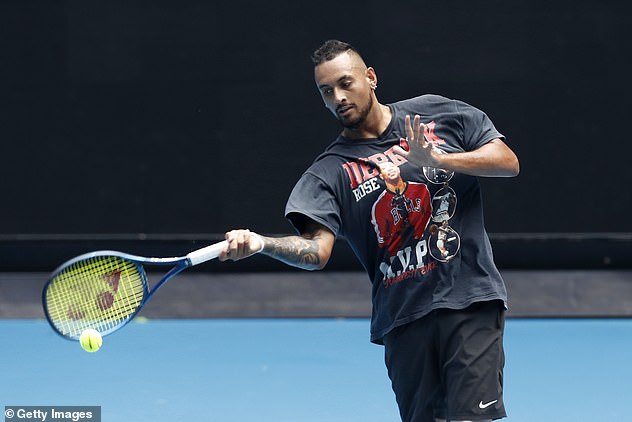 ‘My respect goes to him for the tennis he’s playing. I think he’s a very talented guy. He’s got a big game. He has proven he has the quality to beat any player really in the world in the past.

‘Off the court, I don’t have much respect for him, to be honest. That’s where I’ll close it. I really don’t have any further comments for his, his own comments for me or anything else he’s trying to do.’