Novelist claims millions of Arabs are in ‘sexual misery’

A controversial new book aims to unveil the sexual desires of Islamic women who have a ‘thirst’ to speak out about their sexuality.

The tome is the work of Morrocan novelist Leïla Slimani, 35, who hopes to lift the lid on the sex ‘obsessed’ society.

Leïla lives in France, a secular state, but grew up in Rabat in the heart of the deeply religious Morocco.

Morrocan novelist Leïla Slimani has published a new non-fiction book, Sex and Lies where she unveils the sexual desires of Arab women

Drawing on her experience of Islam as well as the stories of other Arab women the novelist has written her new book Sex and Lies where she claims that ‘millions’ of Arabs are living in ‘sexual misery’.

The book, which is accompanied by a graphic novel exploring an Arab woman’s sexual awakening, explores her native country’s ban on abortion, homosexuality and sex before marriage.

She claims that the repression of sexuality has caused women to reach such lengths as to bribe policeman after having abortions and even having reconstruction surgery on their vaginas in order to convince husbands they still have their virginity.

Her latest book gives a candid account of Arab women’s approach to sex based on the accounts that Leïla heard – though she says that it was not an easy topic to tease out.

Speaking to the Sunday Times the author says: ‘It’s very difficult, of course. Sex is a primordial taboo. 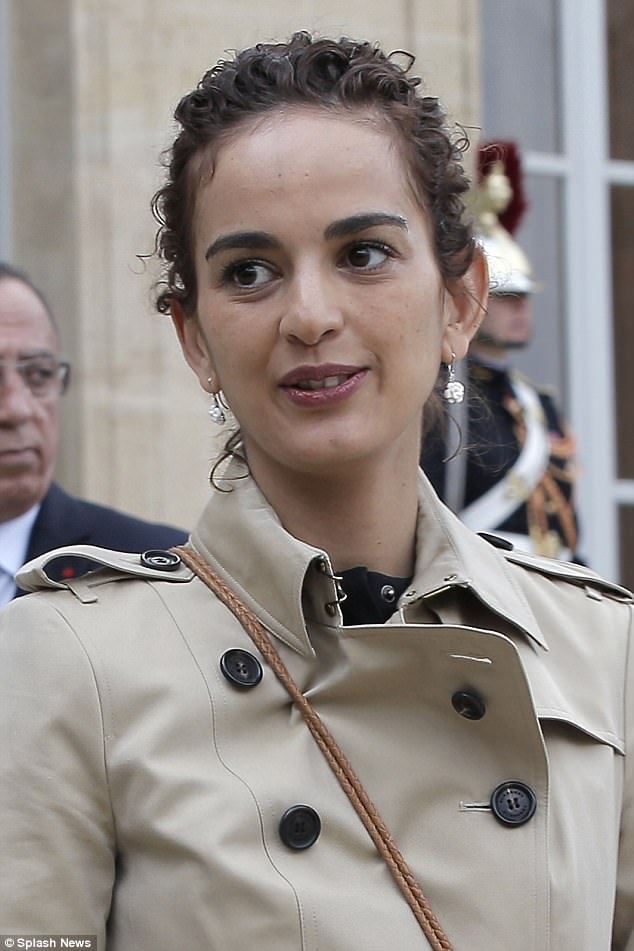 ‘You mustn’t talk about it, discuss it. Sexuality is something that’s either authorised or forbidden, with nothing between the two.’

However, despite the taboo nature of the subject Leïla said that there was no shortage of women who were desperate to share their experiences.

She added: ‘women had a great wish to speak, a thirst for words and a yearning to confide in someone’.

Leïla was the 12th woman to be awarded the Prix Goncourt, France’s most prestigious literary prize, in 113 years for her novel ‘Chanson Douce’.

She has remained vocal about what she calls Morocco’s ‘medieval laws’ particularly regarding sexuality.

In November last year she urged fellow Moroccans to rebel against the laws which weigh them down as she jumped to the defence of two teenage girls who were arrested after being caught kissing.

Leila Slimani lambasted her homeland’s human rights record, and in particular the way women are treated.

Slimani, who raised eyebrows at home with her debut novel last year about a female nymphomaniac, said the oppression that women suffered had nothing to do with religion.

‘Lots of imams and enlightened theologians will explain that to you… It is a question of human rights, sexual rights, the right to dignity and in particular the dignity of women’s bodies’ she said in November.

Slimani said a woman should not just be regarded as ‘a mother, nor a sister, nor a wife, but as a woman, an individual with their own rights.’