A GP surgery has begun prescribing allotments to patients with stress and mobility issues.

The May Lane Surgery, in Dursley, Gloucester, is offering gardening spaces to people with social isolation or joint pain to get them fitter – and onto a healthy diet.

Doctors say they have previously been recommending exercise or the gym, but allotments come with the added benefit of an improved diet full of fruit and veg.

Alternative medicine: The allotments were built by Down To Earth Stroud, a not for profit community organisation, over the last two years, at a cost of £25,000

Dr Simon Opher, of the surgery in Dursley, Gloucester, says medical experts ‘sometimes medicalise problems which have a different solution’.

He says the allotments are to to be used alongside traditional treatments such as medicine which remain effective.

Dr Opher said: ‘Sometimes I think doctors can medicalise problems which have a different solution.

‘Diet and exercise are as important as most drugs. It’s good to get your hands dirty and it’s good to be outside.’

Interest has grown in social prescribing as more people begin to see it as a way to avoid prescribing too much medication and to improve people’s overall wellbeing.

‘The process is someone would come to see you as a doctor and they would perhaps have mental health issue such as depression,’ said Dr Opher.

‘Sometimes they might be isolated and lonely – others may have had a heart attack and might feel worried about doing exercise again.

‘We have evaluated the patients response and it is interesting to see their progress, physically and mentally.

‘There seems to be a perceived change in their diet; they are all growing organic vegetables and eating them which is interesting.’ 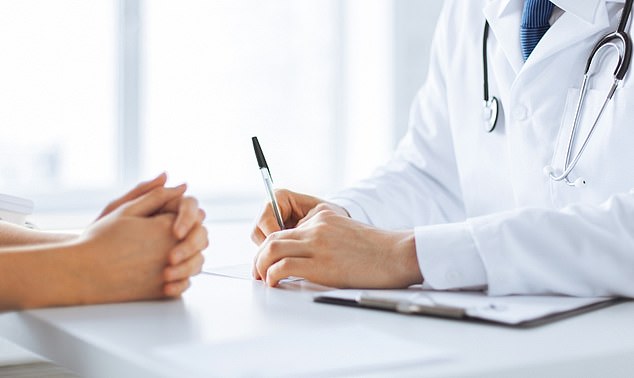 Helpful: The surgery started prescribing the allotments two years ago. One bed is sponsored by Macmillan for patients who are recovering from cancer

The allotments were built by Down To Earth Stroud, a not-for-profit community organisation, over the last two years, at a cost of £25,000.

There are 41 plots, five of which are currently used by the GP surgery, with plans for it to take over a further 10.

Other health practitioners in the area, including physiotherapists and occupational therapists, can also prescribe an allotment.

It has been used to treat patients with mental health issues such as depression – and recovery from physical illness including heart attacks and neuromuscular diseases.

Gardening ‘can be better for you than pills’ says Health Secretary

Doctors should prescribe more gardening, ballroom dancing and art rather than reaching for medication, the Health Secretary said in September.

Matt Hancock said he wants the ‘balance shifted’ from pills to social activities to improve the nation’s health.

Studies show taking part in anything from fishing to dance classes can improve a person’s physical and emotional health.

And he is encouraging use of apps and wearable technology to get people involved with their communities and be more active.

‘There’s always going to be medicines prescribed, but I want to see the balance shifted.’

Most patients using them are over 50 with some around the age of 30. They tend to visit up to three times a week.

The surgery started prescribing the allotments two years ago. One bed is sponsored by Macmillan Cancer Support for patients who are recovering from cancer.

Patient Robin Deane, 73, suffers with a rare incurable condition called myasthenia gravis which left him trapped in his house until the prescription.

Mr Deane, who spent days stuck in his armchair watching people walk past his window, says he contemplated suicide in his darkest moment.

But his prescribed allotment has transformed his life – and he thinks it should be introduced across the UK.

The retired great-grandad-of-one and granddad-of-10, who worked in motor-engineering for 50 years, said: ‘I was bound to a chair because I couldn’t walk, I couldn’t see, I was fed through a tube and I couldn’t lift my hands from my chair.

‘You don’t know it until you are in this situation, stuck in a chair watching people walk past through the window, but you can’t do anything and you have people waiting on you hand and foot.

‘I did contemplate committing suicide because I felt like there was nobody I could open up to about it.

‘Luckily I have a very good doctor. I would spend most of my time in a wheelchair until 2018 thanks to the allotment.

‘At the allotment I am able to see people and be active. It would be great if the allotment scheme could be rolled out across the UK – it would improve the lives of so many elderly people.’ 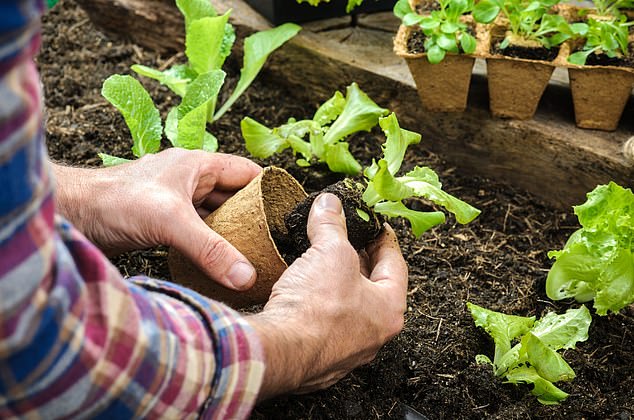 While Mr Deane still uses the wheelchair sometimes, he is able to get out at the allotment and get involved with gardening.

He said: ‘I now have somewhere I can go where I’m safe and feel like I’m being useful because I’m growing vegetables and doing something.

‘I’m not sitting looking out of a window and going crazy.’

Earlier this year, the Duchess of Cornwall praised a group of GPs in London’s Lambeth for their pioneering use of gardening to help patients manage health conditions like diabetes and heart problems.

The Lambeth GP Food Co-op started in 2013 and is a community-led organisation of patients, doctors, nurses and Lambeth residents growing food together.

It sees three GP surgeries refer willing patients to the allotment sites, and the gardeners then sell their produce locally to NHS staff.