If there was one unit of the British Army you might reasonably expect to organise tests properly, it would be the Royal Logistic Corps.

But bosses have been left red-faced after clerical errors led to more than 100 junior soldiers getting the wrong results in their promotion exams.

Worse, the blunder – which meant soldiers were told they had failed when they had passed and vice versa – was only spotted after the RLC’s promotion board posted the results online and celebrated its success on military social media platforms.

According to Army sources, the mistake came about when candidates’ exam scripts were mixed up and test scores were assigned to the wrong soldiers.

More than 100 solders in the British Army’s Royal Logistics Corps were given the incorrect results in their promotion tests. Pictured: File photo of junior soldiers taking an endurance test 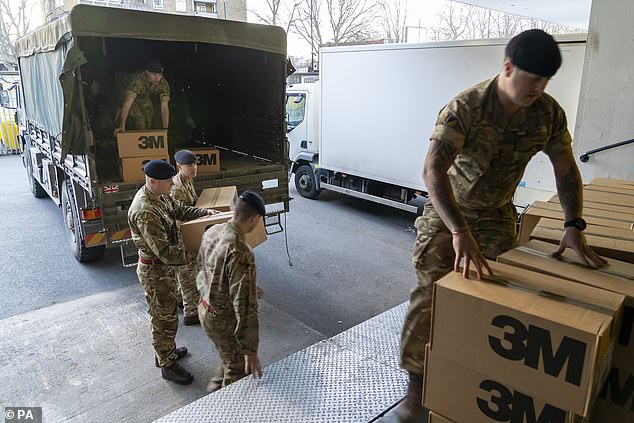 The blunder meant soldiers were told they had failed when they had passed and vice versa. It was only spotted after the RLC’s promotion board posted the results online and celebrated the success of those that passed. Pictured: Soldiers in the Royal Logistics Corps collect facemasks

Last night, one said: ‘I’m gutted and angry, having studied hard. I was confident I’d passed so was shocked to be told otherwise. Now they say my score – and lots of others – cannot be confirmed. I hope the recount is accurate and I don’t have to resit.’

Commanders are hoping to recount the scores to avoid candidates having to resit exams. However, troops who miss out on promotion will be financially hit, at least temporarily, because rising from lance corporal to corporal adds £2,500 in extra pay. 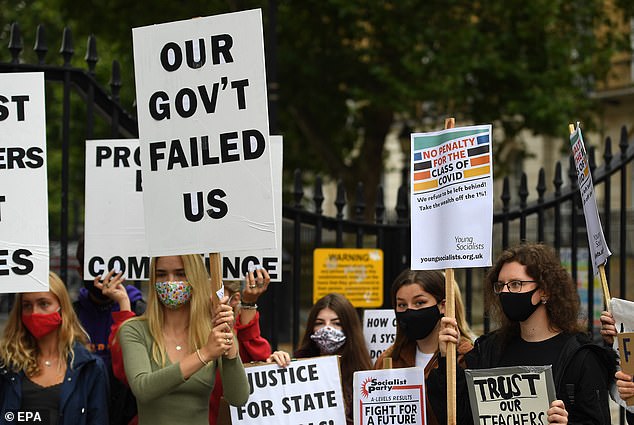 A-level results have been thrown into chaos this year after almost 40 per cent of students had their results downgraded. Pictured: Students protest outside 10 Downing Street in London

News of the fiasco came in a message from a senior officer, who wrote: ‘Regrettably the RLC board results… contained errors.

The Ministry of Defence said: ‘Lessons will be learned to ensure it does not happen again.’