The boss of rugby league has hit back at Deputy Chief Medical Officer Paul Kelly who slammed the NRL for its attempts to restart the season.

Mr Kelly was questioned on Friday about the NRL’s attempts to restart the season which he said was simply too soon to be considering.

Mr Kelly appeared to take a shot at the league’s persistence to play when the rest of the country was in lockdown due to the coronavirus pandemic.

‘I don’t think they’re a law unto themselves,’ he told reporters.

‘Some of the players and coaches might think so, but they’re certainly part of society and they have a part of, as we have all done, to support not only the safety for themselves but safety for all of us. Whether May is the time will remain to be seen and definitely they’ll need to get some permission to do that,’ he said.

But ARL Commission chairman Peter V’landys hit back at Professor Kelly and said the NRL was doing everything by the book.

‘We are allowed to resume under the health order,’ V’landys told News Corp.

Mr V’landys said they already had authorisation from NSW in writing and were ready to proceed with the season.

‘He (Kelly) unfortunately is unaware of the health order and our dealings with the relevant authorities.’

NSW Health Minister Brad Hazzard also revealed on Friday that he had not discussed the matter with the NRL and had yet to give them the green light.

‘The NRL came to see me about a month, or five weeks, ago. There have been no further discussions,’ he said.

In the press conference on Friday Professor Kelly also highlighted his concerns over NRL continuing in empty stadiums with just the players on the field.

He said while it may not be a safety issue for the players, their support staff, including the likes of Rabbitohs coach Wayne Bennett, could be at risk. 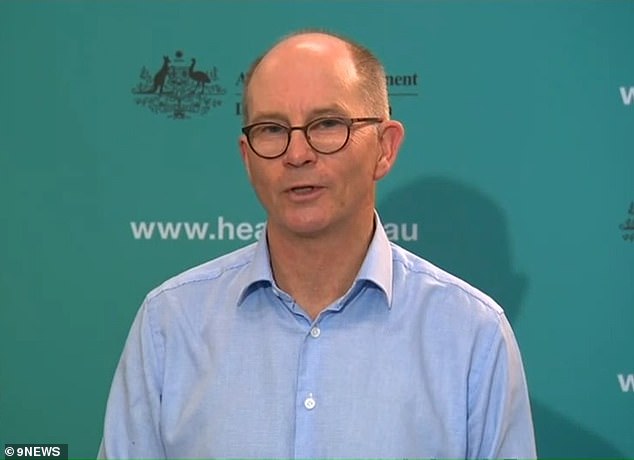 On Thursday, the The NRL ‘innovation committee’ recommended the league could start as early as May 28 as Australia’s coronavirus infection rate continued to plummet.

A schedule is not yet drawn up but it appears likely to be shortened to 15 rounds plus finals and finish on the usual October 4.

Each team would play each other once under the committee’s proposal.

Three State of Origin games would be included, including one mid-week match, in the middle of the season among the regular season games.

Resumed play could be delayed until June 4, which would push the Grand Final back to October 11. 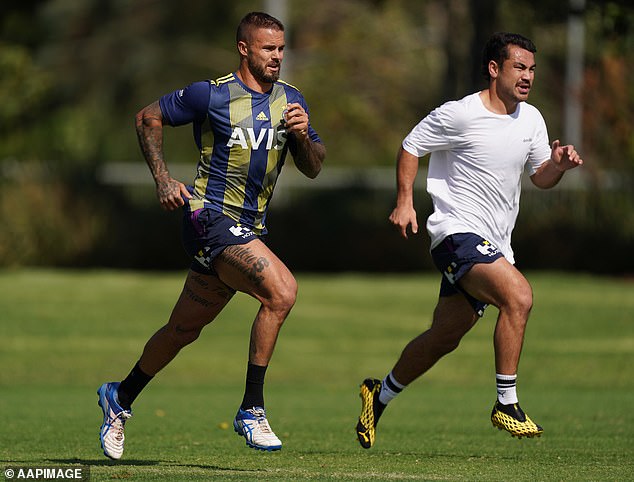 NRL games could resume as early as May 28, just three months after the league was suspended due to coronavirus (Sandor Earl (left) and Jerome Hughes (right) of the Melbourne Storm are pictured training in Melbourne on April 3)