‘Who does he think he is?’ Footy legend relives his tense run-in with ‘bloody rude’ rap icon Snoop Dogg and his entourage on a Qantas flight

One of the best-known voices of rugby league has opened up about an encounter with US rapper Snoop Dogg on a Qantas flight.

Legendary Channel Nine sports commentator Ray Warren was travelling in business class on a flight to Brisbane in 2008 when the run-in unfolded with the ‘bloody rude’ performer and his entourage of security guards sitting in the row in front of him.

Warren had his fellow commentators in stitches while retelling the story during Friday night’s NRL game between West Tigers and South Sydney Rabbitohs on Channel Nine after a cardboard cut-off of the rapper in the stands appeared on screen.

‘I once rode on the plane to Brisbane with Snoop Dogg……he put his seat back and knocked a glass of chardonnay in my lap,’ the veteran commentator recalled.

‘I objected strongly and three burly fellows with me were standing over me like the Sydney Harbour Bridge.’

Co-commentator Phil Gould replied: ‘I would have loved to have been for the conversation between you and Snoop Dogg. What did you talk about?’

Warren admitted he had no idea who Snoop Dogg was as he continued his tale.

‘I was like a little ferret trying to hide. I got off the plane and I said someone ”Who the bloody hell do he think he is!”,’ he recalled. 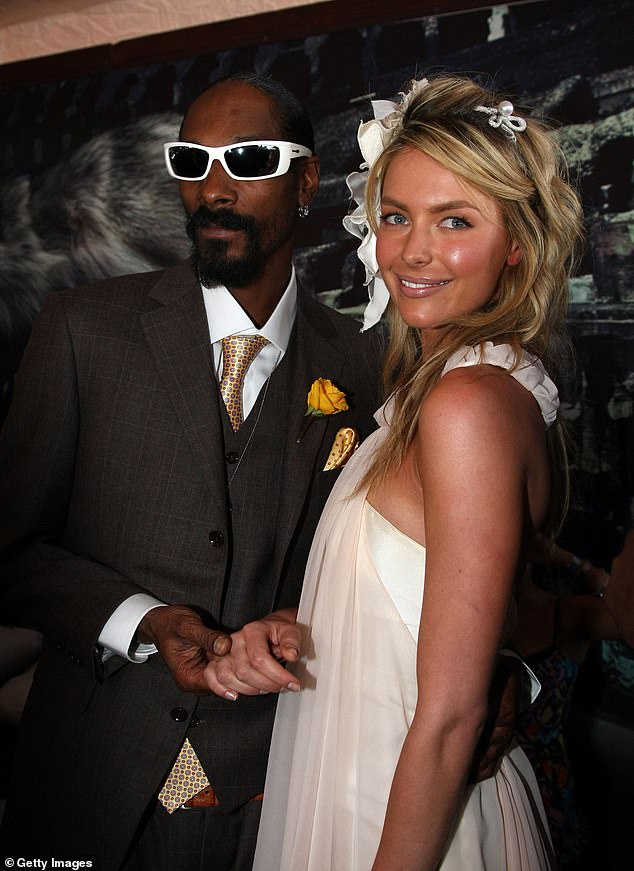 The run-in between Ray Warren and Snoop Dogg occurred in 2008. Pictured is Snoop Dogg with Jennifer Hawkins  during the 2008 Melbourne Cup Carnival

A fearful flyer, Warren was settling in his seat with a drink prior to take off when famous rapper caused the pre-flight commotion by reclining his seat back.

‘I’ve managed to stand up and say, ”what the bloody hell do you think you’re doing?” Warren told the Sun Herald.

‘Anyway, in a matter of seconds, I’m surrounded by these big beefy blokes, his entourage, and I had no idea who they were or who this guy was in front of me. I looked at the size of them and decided to sit back down. Quickly.’

He added Snoop Dogg didn’t speak to him and said the rapper looked at him like ‘I was some boofhead’.

‘When we got off the plane, one of my mates who was sitting near me said, ”do you know who that was?” I said, ”I don’t have a bloody clue, but whoever it was he was bloody rude”,’ Warren said.

Warren says he’s still yet to hear any of Snoop Dogg’s songs. 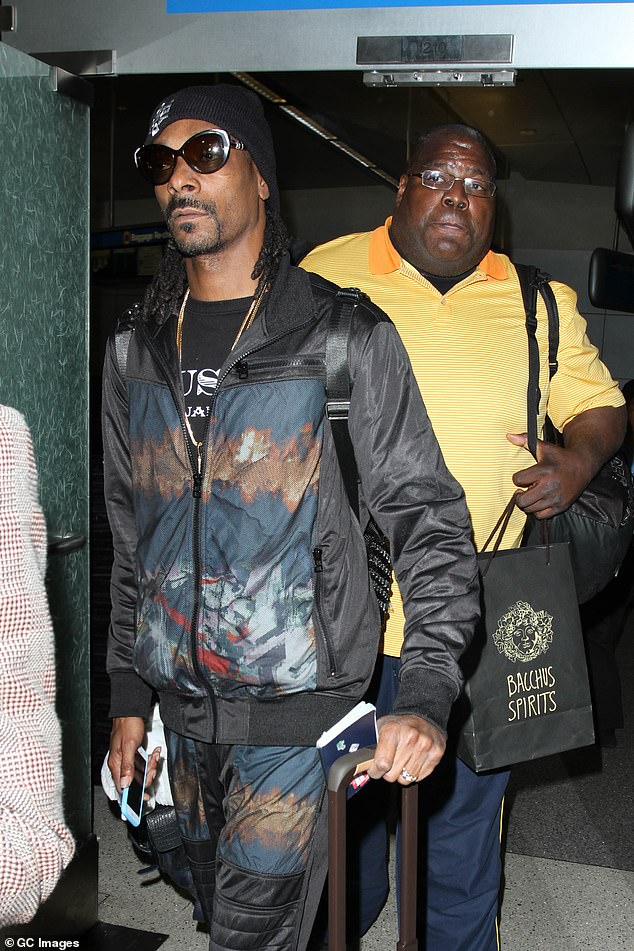 Ray Warren hasn’t forgotten his run-in with Snoop Dog and his security entourage from 12 years ago. Pictured is Snoop Dog accompanied by security at LAX Airport in 2015