The 2022 NRL grand final winner has been decided early – by a bunch of meerkats who call the Sydney Zoo home.

As anticipation builds towards the ‘Battle of the West’ between Penrith and Parramatta on Sunday at Accor Stadium, the cheeky creatures were given the opportunity to decide who they personally thought who was going to win the premiership.

Food was placed next to two opposing rocks painted in colours of the Panthers and Eels – and it wasn’t good news for the blue and gold army, who haven’t won a title since 1986 – the longest drought in the NRL.

The mongooses all quickly gravitated to the food on offer next to the Panthers rock, which could be a possible omen at Ivan Cleary’s men seek back to back triumphs.

Cult hero winger Brian To’o raised eyebrows when he said he devours a two litre bottle of Coke zero for breakfast on game day – but the weirdest response came from the mouth of utility Jaeman Salmon.

Footy fans are salivating ahead of Sunday’s decider, which kicks-off at 7.30pm.

Penrith and Parramatta have long been fierce NRL rivals – but have never met in a grand final. 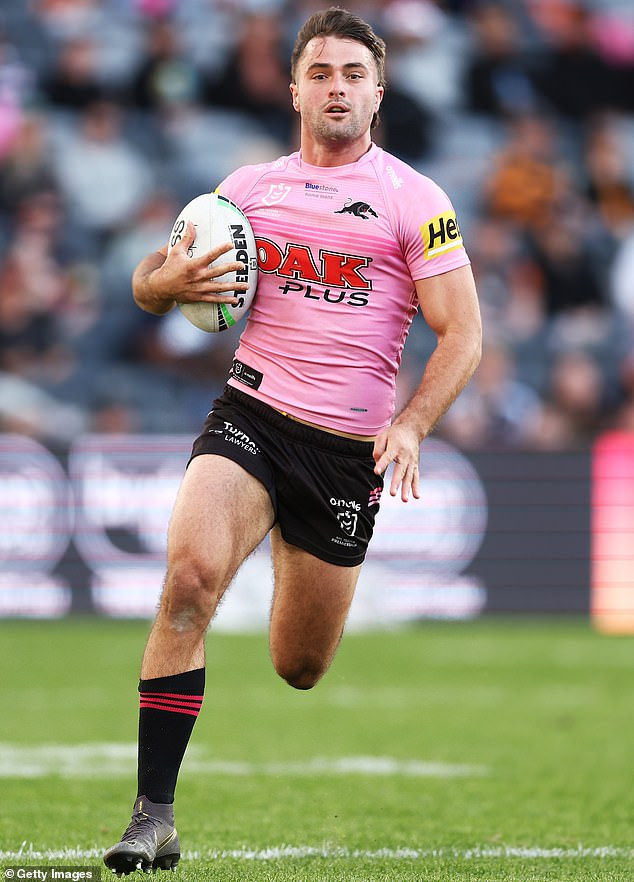 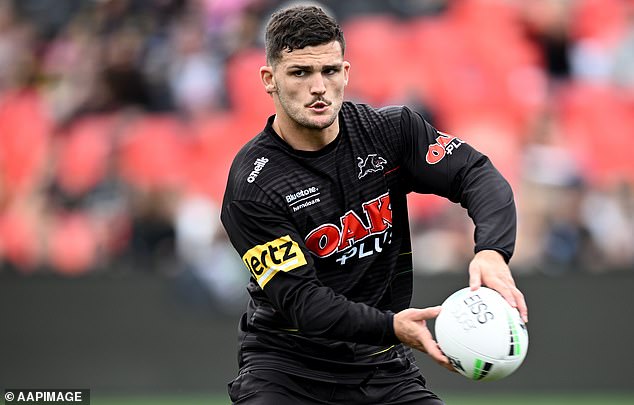 Adding spice to the contest is Reagan Campbell-Gillard and Waqa Blake both joining the Eels in recent years after making their NRL debuts with the Panthers.

Both men also left the foot of the mountains in controversial circumstances – and would bragging rights over the club which released them.

Brad Arthur’s Eels beat the minor premiers twice in the home and away season – only for Penrith to exact revenge in week one of the semi-finals earlier this month.

Ivan Cleary’s men are chasing back to back premierships, with the Sydney Roosters (2018 and 2019) the last NRL side to achieve the feat.

Penrith – who have incredibly won 66 of 78 games dating back the past three years – have started the mind games ahead of the big dance after declaring they are now the premier NRL club in Sydney’s rugby league heartland. 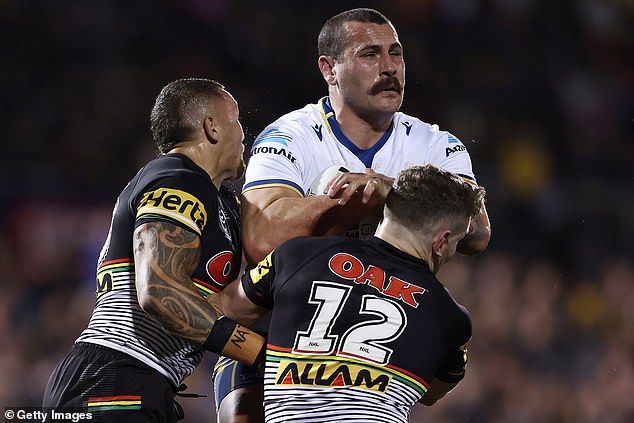 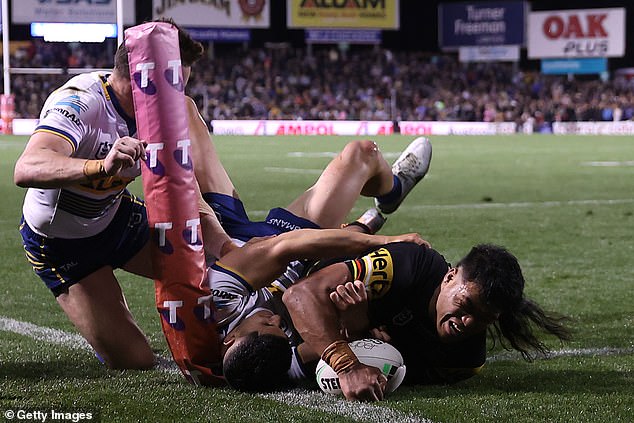 ‘You can call us Daddy,’ Panthers five-eighth Jarome Luai quipped this week, in a statement the Parramatta players are likely to post up in the changerooms this weekend at Homebush.

‘There aren’t that many kids coming through the Parramatta system that are from the west. The majority of the people that are in the Parramatta team come from other countries or other parts of NSW – or even Penrith,’ he told the Sydney Morning Herald.

‘It’s pretty cool to see how many of us (Penrith) juniors have come through the lower grades up to the big leagues.’

According to Sportsbet, Parramatta are $3.10 outsiders, with Penrith paying $1.40.