South Korean pop stars are known for being on the cutting edge of fashion.

But one K-pop idol made a baffling wardrobe choice last week by donning a Queensland Maroons NRL jersey on stage.

Haewon, who is a member of the girl group NMIXX, wore the jersey while performing NMIXX’s new ballad ‘Cool’ on the M! Countdown music program.

The attire featured logos of the rugby league team’s sponsors, including AAMI insurance and XXXX beer.

The group’s stylist may have seen the XXXX logo and thought it matched NMIXX’s name.

However, there’s another theory floating around that may explain the sporty ensemble. 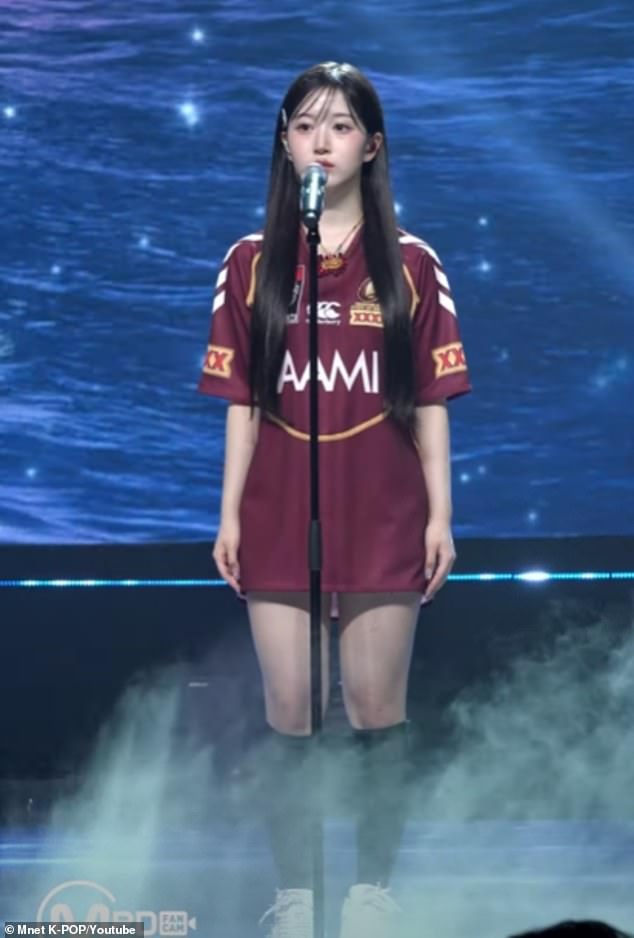 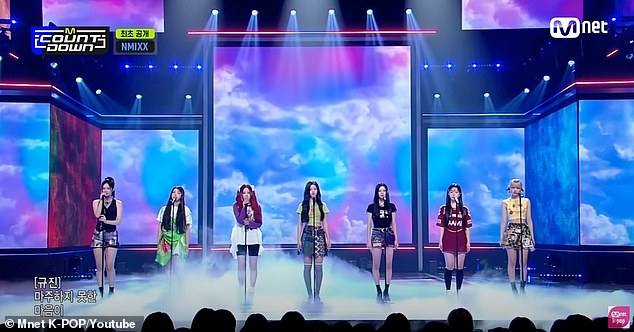 While Haewon is South Korean, her bandmate Lily Morrow is a proud Australian hailing from Marysville in Victoria.

This has led some fans to wonder if Lily has influenced the group’s style.

Haewon’s outfit has gone on viral on social media among Aussie K-pop fans, with many taking to Twitter to express their confusion over the jersey.

‘Genuinely nothing in K-pop has had me thinking “why” more than Haewon in a rugby league jersey,’ tweeted one.

‘Lmao who put Haewon in a Queensland jersey… never thought I would see the day when we’d get rugby league and K-pop crossover,’ wrote another. 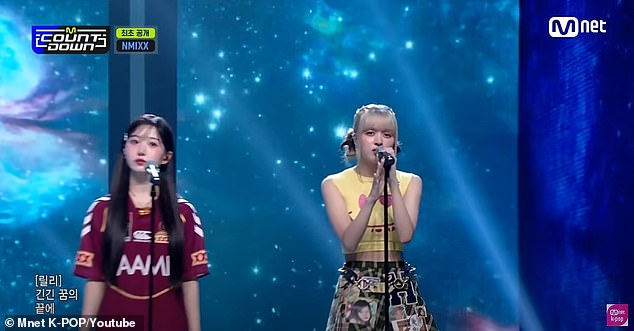 Haewon’s bandmate Lily (right) is Australian, leading some fans to believe she may be behind the outfit choice

NMIXX debuted earlier this year with the single ‘O.O’, which was branded ‘the worst song of all time’ by loyal K-pop fans.

The unconventional song follows its own genre, dubbed ‘Mixx Pop’ by the group’s record label, with extreme beat changes and piercing vocals.

‘I’m so sorry NMIXX you had to have the worst debut song I personally ever heard in K-pop,’ tweeted one.

‘Just listened to NMIXX.. well.. worst 3 minutes of my life that was terrible,’ tweeted another, while one commented: ‘Yeah that gotta be the worst debut song ever.’ 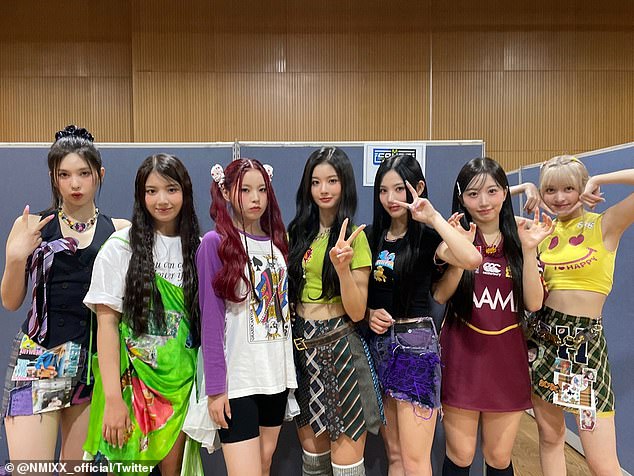 NMIXX are the latest girl group from JYP Entertainment, which is one of South Korea’s biggest and most successful K-pop labels

‘Just heard NMIXX’s song and my ears are bleeding wtf was that why are they all screaming their lungs out,’ wrote one.

NMIXX are the latest girl group from JYP Entertainment, which is one of South Korea’s biggest and most successful K-pop labels.

The label previously produced some of the biggest K-pop acts of all time, including girl groups TWICE and the Wonder Girls, and the boy band 2PM.

Despite their questionable debut, NMIXX’s latest single ‘Dice’ appears to be faring much better on the charts and has attracted 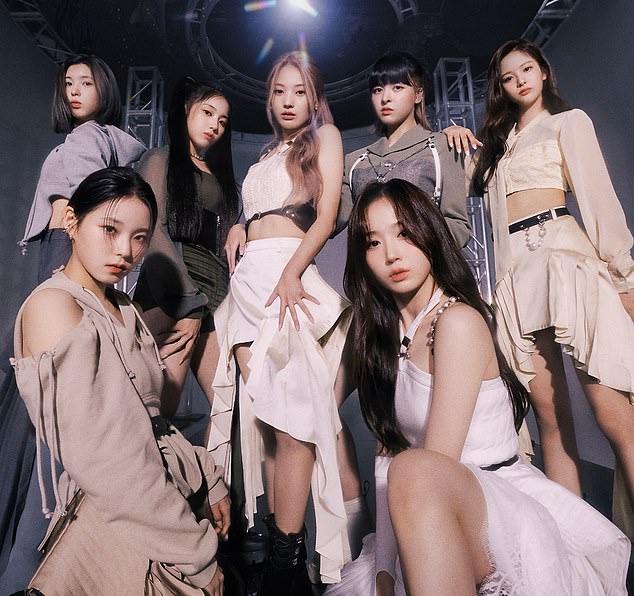 NMIXX debuted earlier this year with the single ‘O.O’, which was branded ‘the worst song of all time’ by loyal K-pop fans