NRL legend Bob Fulton has died after a battle with cancer at the age of 73.

Fulton was surrounded by family and close friends when he passed away on Sunday.

He leaves behind his wife Anne, daughter Kirsty and his sons Brett and Scott.

The sports stalwart was recognised for his contribution to rugby league when he was made a Member of the Order of Australia in 1994. 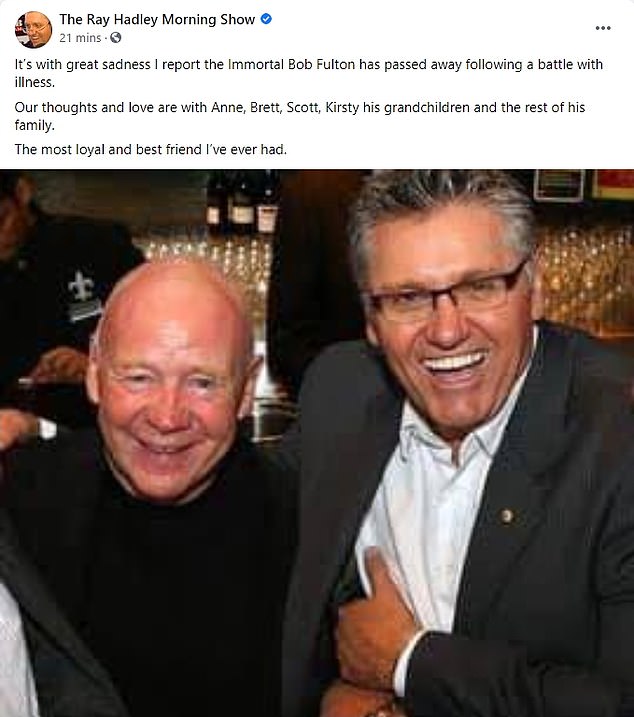 He was then awarded the highly prestigious Australian Sports Medal in 2000 before he was inducted into the Australian Rugby League Hall of Fame in 2002.

His expertise on the field later landed him a broadcaster role at 2GB where he worked until his death.

The sad news of his passing has sent shockwaves throughout the radio station and sporting community.

Veteran broadcaster and friend Ray Hadley told his thousands of listeners on 2GB it was the ‘saddest’ news he had delivered on air.

‘It’s a very sad day for the Fulton family and rugby league generally,’ Hadley said. ‘I’ve announced some sad things on radio but this could be the saddest.

‘I’m going to miss him, he was a great man … the most loyal friend I’ve ever had. He’ll be sadly missed.’ 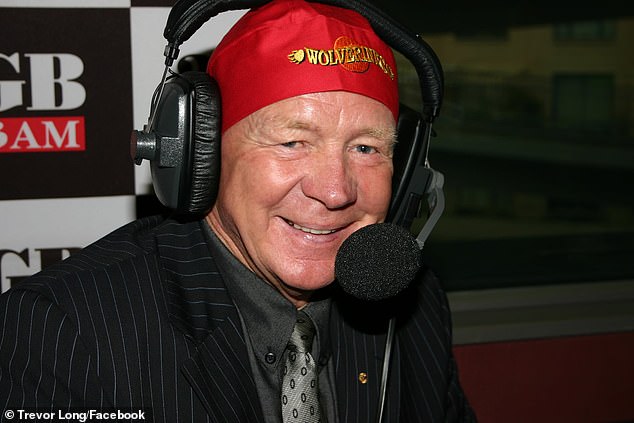 Broadcaster and NRL expert John Gibbs spoke to ABC Radio and said the news was ‘very difficult to take in’.

‘It is very sad,’ he said. ‘I played and worked with Bob, and he also coached me. Condolences to his family.’

Fulton was also affectionately known as ‘Bozo’ among his friends and colleagues.

‘One of the all time greats,’ journalist Steve Heart said of his late friend.

‘RIP Bozo and condolences to family and friends. Sad day.’

Fulton debuted as an 18-year-old for Manly-Warringah in 1966 and quickly established himself as one of the best players in the game.

He was picked for representative honours the following year, and led Manly to the premiership in 1968, becoming the youngest ever captain to lift the trophy at just 20.

Over an illustrious decade with the club Fulton won three premierships and scored 129 tries, the club’s record until Steve Menzies broke it in 2006.

He caused controversy when he left Manly and signed a three-year deal with the Roosters in 1976.

The Sea Eagles made him a life member of the club while he was playing for their rivals. In 1979 Fulton was appointed captain-coach of Eastern Suburbs but lasted only eight games into the season before retiring with chronic knee issues.

Fulton had played for the Kangaroos in 35 Test Matches, seven of which were played as captain.

In 1981 he was named as one of the first four Immortals – recognising the greatest players to ever play the game. Other members include Andrew Johns and Norm Provan.

He continued coaching the Roosters and famously was one of the most vocal opposers to the introduction of State of Origin, calling it the ‘non-event of the century’.

Fulton returned to Manly as coach in 1983 and guided the team with captain Paul ‘Fatty’ Vautin to the premiership in 1987.

The Manly legend returned to his beloved Sea Eagles for the last time in 1993, coaching them to the 1996 premiership – his second as a coach and fifth overall.

He was a selector of the New South Wales and Australian sides from 1999 until his death.