NRL legend Robbie O’Davis is fined $5,000 for going to visit his dying mother in hospital

Exclusive: NRL legend is fined $5,000 for going to visit his dying mother in hospital – despite testing negative to Covid THREE TIMES

A rugby league legend who tested negative for Covid-19 three times has been slapped with a $5000 fine for going to visit his dying mother in hospital.

Former Newcastle Knights star Robbie O’Davis was deemed a close contact after driving through the car park of Lake Macquarie Costco on August 21 at the same time an infected person from Sydney was inside the store.

The 1997 and 2001 Grand Final hero ‘did the right thing’ and checked in via QR code when he dropped off concrete as part of his job to workers outside the premises.

Although he was ‘not even close to being in contact with anyone’ he received a letter from NSW Health informing him he would need to remain in isolation for 14 days.

Then on August 25 his mother’s beloved mother Marg was unexpectedly rushed to hospital and informed she didn’t have long to live. 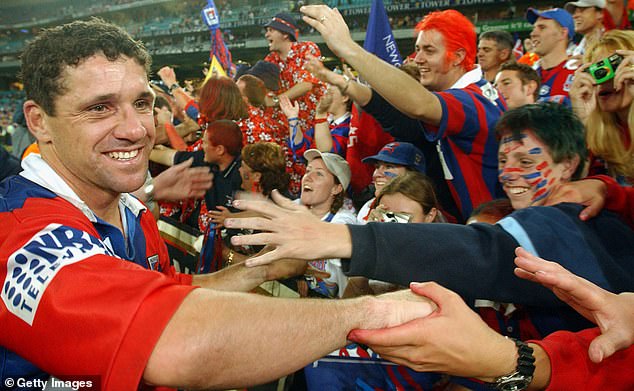 The decision to fine the Knight’s star has been met with outrage in the rugby league-mad community. Pictured: Robbie O’Davis pictured being swamped by fans after the 2001 Grand Final 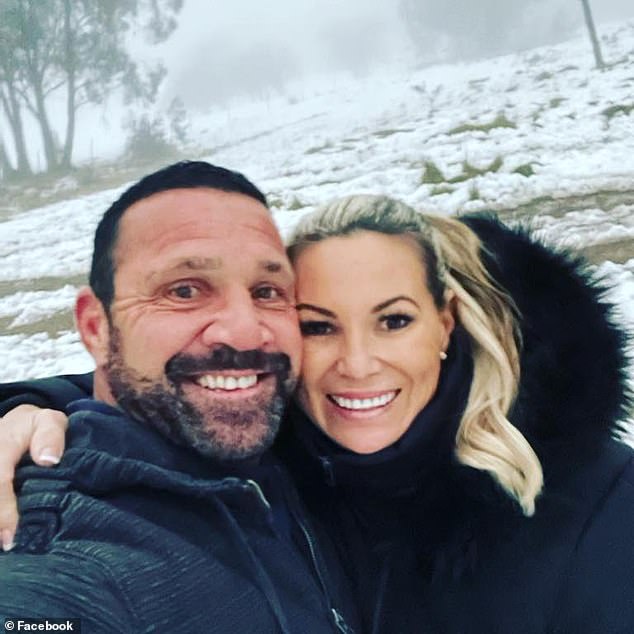 ‘They said she had septic and could go at any minute,’ O’Davis told Daily Mail Australia.

‘Only dad was allowed in the room, so we all got on speaker phone and spoke to her through the night.’

She made it through the night and on the following day the Queensland and Australian representative went to the hospital to say his final goodbye.