‘She’s all I think about’: Footy star breaks down as he remembers his late mum’s unexpected death – before he marks Mother’s Day by leading his team to victory

NRL star Cody Walker has broken down while remembering his late mother.

The Rabbitohs’ five-eight received the devastating call in May 2018 that his mother, Linda May Stewart, had suffered a heart attack.

He told Nine’s Sunday Kick-Off that he was cooking dinner for his children while his partner Nellie was upstairs when he got a call and he knew ‘something wasn’t right’.

He accidentally hung-up on the person because he was so distressed.

‘Nellie ran downstairs and she was sort of screaming “what?” and I just couldn’t talk. So, Nellie rang back and it was sort of said that mum was having some sort of heart attack and that we needed to get down there straight away,’ he told the program.

After dropping their children off at Nellie’s mother’s home they started to drive down to where his mother was.

They got a second phone call when they were driving through Brighton, in Sydney’s south, to let them know that Lindy had passed away.

He said growing up his mother had been the biggest influence in his life and was always there to provide support for him – even if that meant showing up at his home before a physio appointment.

‘Just anything that was ever needed I could count on her, she was my counsellor, my everything. Whatever needed to be done it was always, ring her, she was the first person I’d always ring,’ he said. 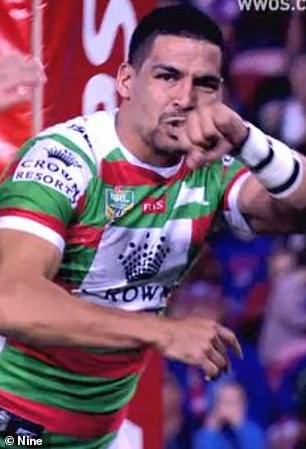 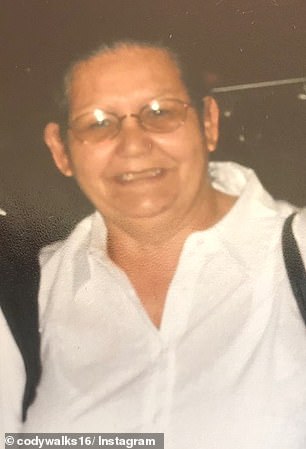 The Rabbitohs’ five-eight received the devastating call in May 2018 that his mother, Linda May Stewart (right), had suffered a heart attack. Pictured, left, paying tribute to her 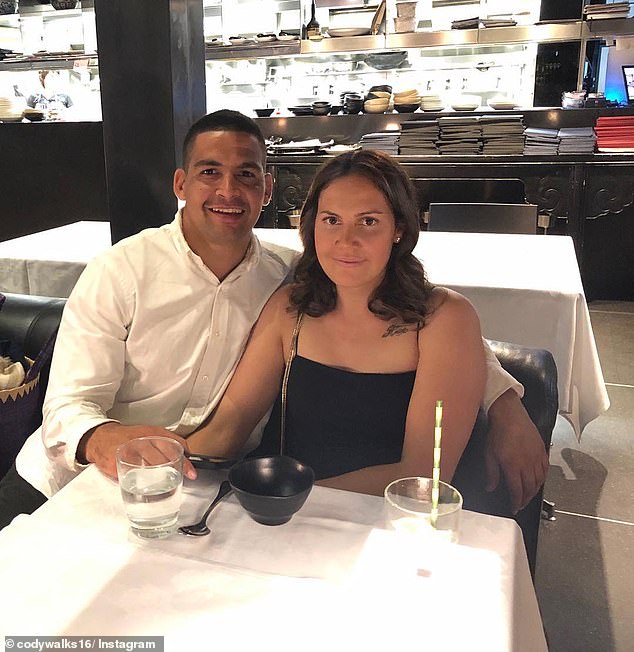 After his mother’s death the Origin hopeful played in the team’s next game against the Newcastle Knights where he scored a try and dedicated it to her, kissing his wrist in her honour.

He wrote in an Instagram post at the time that he wouldn’t have been able to take the field if it wasn’t for his partner, two sons, family and the club.

‘It definitely means a lot,’ he wrote in the social media post. 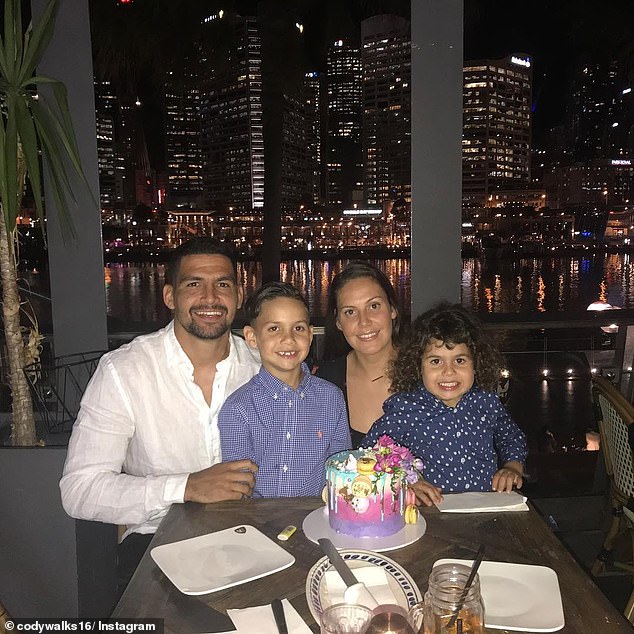 ‘Without you all I would not have been able to take the field in honour of my angel.

‘I hope you were smiling over everyone last night I love you so much mum may you rest in peace.’

He said he is now passing on the messages she taught him onto his sons so that his mother’s legacy lives on.

The Rabbitohs played the North Queensland Cowboys on Mothers’ Day, where the team triumphed by 16 points.