NRL star Josh Addo-Carr and his partner have welcomed their first baby together.

The 24-year-old Melbourne Storm winger shared a sweet snap of the newborn to his Instagram page on Sunday evening.

The picture showed the newborn gripping one of his fingers, and one of his partner  Lakaree’s fingers.

‘Baby’, he captioned the snap, along with an emoji of a Fox, seemingly a reference to his own rugby league nickname, ‘The Foxx’.

‘Baby’, he captioned the snap, along with an emoji of a Fox, seemingly a reference to his own rugby league nickname, ‘The Foxx’ 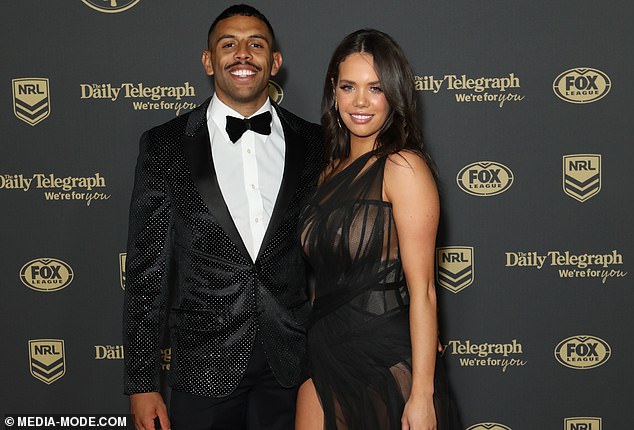 Pictured: Addo-Carr and his partner Lakaree at the 2019 Dally M awards

His baby was dressed in a white striped onesie and laying on a blue blanket for the photo, which doesn’t feature the face.

The young couple have not released the name or gender of their baby yet.

Addo-Carr had his first daughter, Shakirah, when he was just 16 and credits her for ‘turning his life around’.

‘She’s the reason I’m here, enjoying playing football. I want to be a good role model for her and all kids out there,’ he told NRL.com in 2019.

‘I absolutely love her.’

According to the Sydney Morning Herald, he was granted custody of the little girl in 2019, sparking his decision to reconsider moving his family to Sydney.

He still has two seasons left on his contract with the Melbourne Storm, but the publication previously reported that his extended family is based in Sydney, and that he hopes to raise his children near them.

On Friday afternoon, it was revealed the Storm star would miss the blockbuster clash against Penrith Panthers because his partner was expecting to give birth.

He was originally named in the squad, but pulled out on the day of the competition. 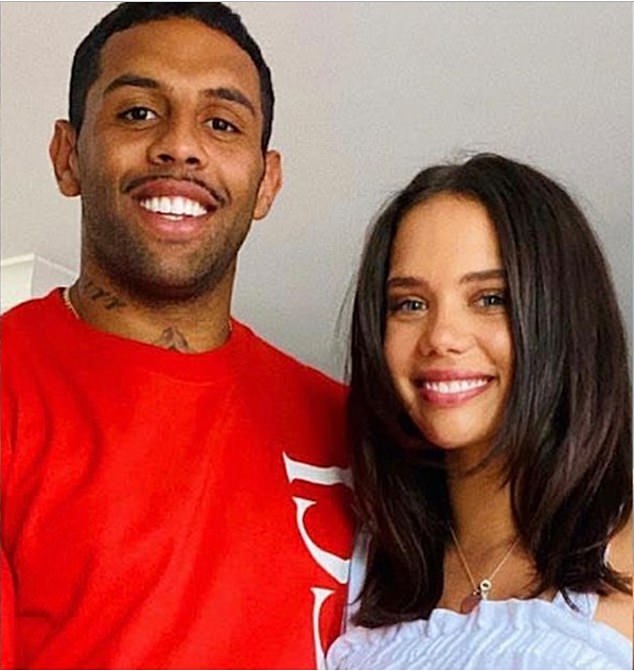 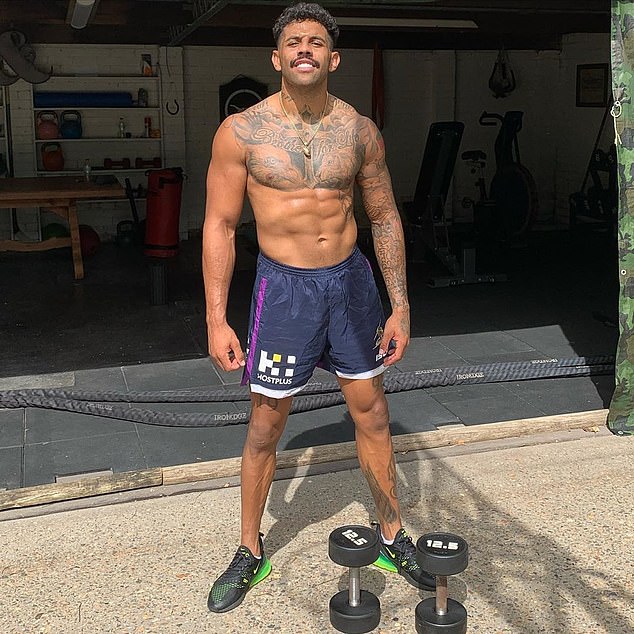 On Friday afternoon, it was revealed the Storm star would miss the blockbuster clash against Penrith Panthers because his partner was expecting to give birth

During coronavirus lockdown, Addo-Carr was caught breaching restrictions when he joined South Sydney Rabbitohs player Latrell Mitchell at his farm near Taree in New South Wales.

The men were fined for their actions, though Addo-Carr hired a high profile lawyer to fight the fine.

He said his family had been struggling in the period leading to the farm trip, and that he was hoping to reconnect with his cultural roots.

While he said he didn’t believe he’d broken any laws, he apologised for his actions.