The wife of NRL Panthers star Frank Winterstein has cancelled overseas anti-vaccination seminars amid backlash her teachings could ‘wipe out the population of Samoa ‘.

Taylor Winterstein, who proudly does not immunise her kids Ziggy and Hendrix, has cancelled her $200-per-ticket ‘Making Informed Choices’ seminar in Samoa and New Zealand.

But Ms Winterstein has come under fire from health experts for preaching her ‘concerning’ beliefs.

Samoa’s Ministry of Health CEO Dr Take Naseri has described the the seminars as a ‘public health threat’.

‘One serious virulent virus can wipe out this population in less than two weeks,’ Dr Naseri said, according to The Samoan Observer.

Taylor Winterstein, who proudly does not immunise her children, has cancelled her ‘Making Informed Choices’ seminar in Samoa and New Zealand amid backlash 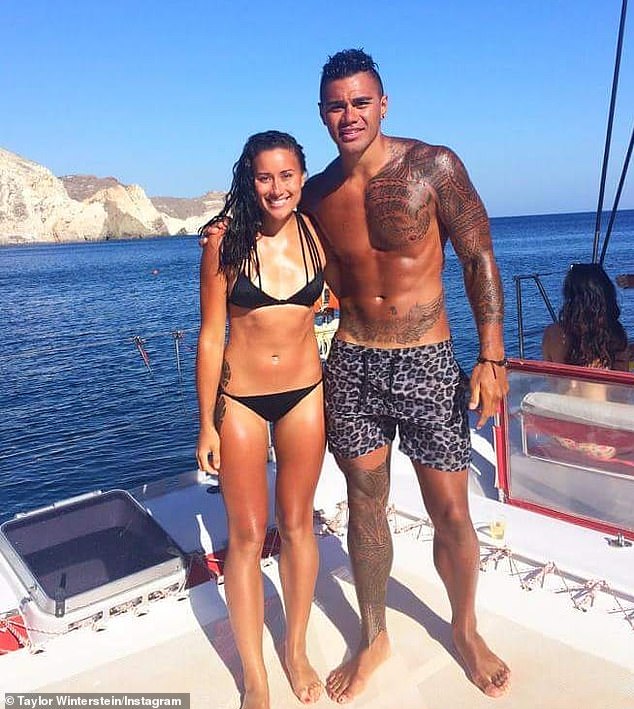 The wife of Penrith Panthers star Frank Winterstein has never been shy about her anti-vaccination beliefs, and blames cancelling her New Zealand and Samoa seminars on ‘organised groups’ that she thinks are working to ‘sabotage her’

Ms Winterstein took to Instagram to tell her 20,000 followers why she had cancelled the controversial seminars, however tickets are still available for her Perth workshop.

She said she ‘knows for a fact organised groups are working hard to sabotage’ her from spreading her beliefs.

‘This is no joke. The hostile vaccine climate we are all living in today is no joke,’ she wrote.

In the past Winterstein has claimed parents are ‘bullied’ and ‘pressured’ by doctors to immunise their children. 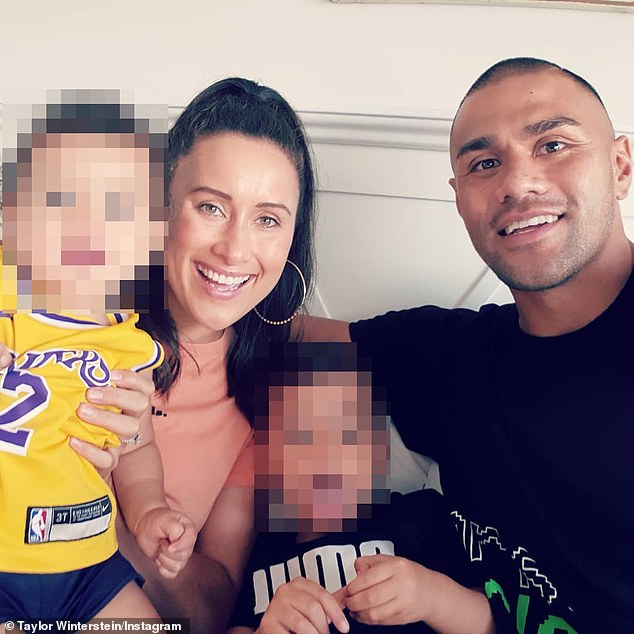 According to her website, Winterstein (pictured with her NRL player husband Frank and their two sons) is a qualified Integrative Nutrition Health Coach, but says she is a ‘huge self-education advocate’

The invitation to her workshop reads: ‘The benefits of vaccines are constantly over-exaggerated and the risk of an adverse reaction severely downplayed by politicians, journalists and GPs’.

According to her website, Winterstein is a qualified Integrative Nutrition Health Coach, but says she is a ‘huge self-education advocate and big believer that you do not need a qualification to know how to critically think for yourself.’

The World Health Organisation has weighed in on the contentious topic, saying anti-vaccination advocates are ‘quite concerning’.

‘Their rhetoric is not supported by science,’ WHO technical officer Lisa Menning told Nine’s A Current Affair.

‘Without doubt people with social status do have influence when it comes the safety and the effectiveness of immunisation, (but) for goodness sake, talk to your GP,’ he said.

‘Any medication or vaccine can have side effects, we don’t deny that. But the vaccines we have today are the safest they’ve ever been.’ 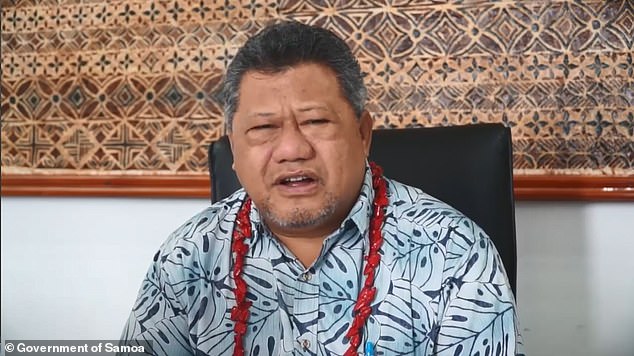 Samoa’s Ministry of Health CEO Dr Take Naseri described Ms Winterstein’s seminars as a ‘public health threat,’ and said that ‘one serious virus can wipe out this population in less than two weeks’

‘If anything I am an ex-vaxxer and I stand for informed consent, freedom of choice and vaccine injury awareness,’ she told the Daily Telegraph in March.

‘Vaccines are not safe and effective for everyone, a ”one size fits all” schedule does not fit all bio-individual children and where there is risk there must always be choice.’

Enzacta powder claims to safeguard against cancer and heart disease. 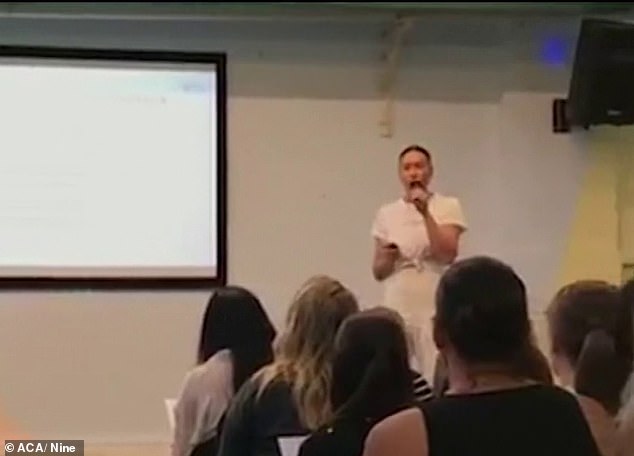 The invitation to Winterstein’s seminars reads: ‘The benefits of vaccines are constantly over-exaggerated and the risk of an adverse reaction severely downplayed by politicians, journalists and GPs’

According to the wag and other supporters of the ‘superfood’, it helps treat a host of ailments – from improved eyesight and reduced migraines to thin hair and back pain.

The powder is no longer for sale on her website, and has taken down several of her posts relating to the product.

Winterstein has previously claimed that extensive testing of vaccinations in Australia had not been carried out, and said many other wives and girlfriends of NRL players had similar views to her. 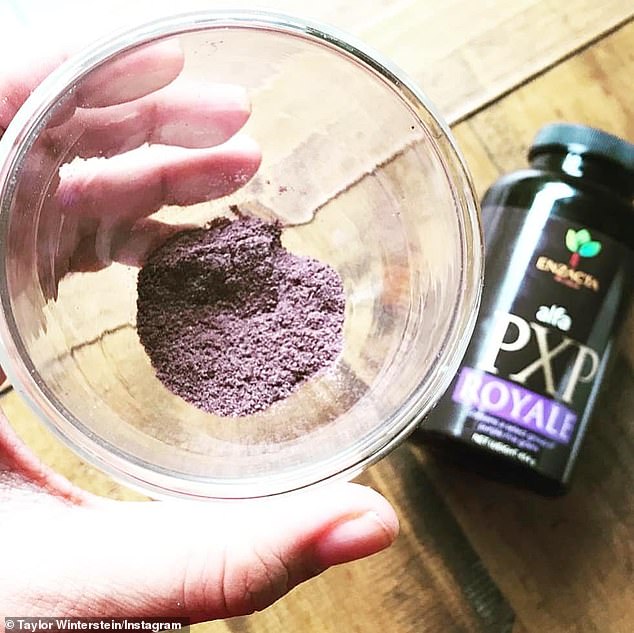 Last month Ms Winterstein was slammed by medical experts for pushing a ‘purple powder’ Enzacta PXP, which claimed to safeguard against cancer and heart disease, but medical experts criticised her for flogging the powder which they say is ‘just ground rice’

‘The amount of NRL players and their partners who consciously choose not to vaccinate would seriously surprise you,’ she posted to Instagram in March.

‘I know for a fact there are many high-profile, ”influencers” on social media among the sport and wellness industry, who do not vaccinate their children but won’t publicly share their beliefs.’

Gold Coast Titans star Bryce Cartwright’s wife Shanelle has publicly said she does not believe in vaccinating her children or having them wear nappies.

The mother-of-two said they have not immunised their children and ‘don’t trust hospitals’. 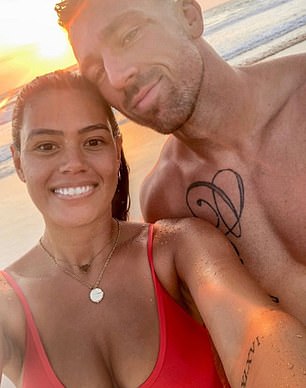 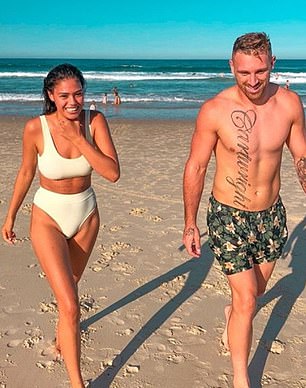 Other high profile figures have also jumped on the anti-vaccination bandwagon, including Gold Coast Titans star Bryce Cartwright and his wife Shanelle

The Cartwrights and Wintersteins were pictured spending time together over the Christmas holidays at Currumbin, Queensland.

Winterstein was even the Australian face for the second Australian tour of the conspiracy movie ‘Vaxxed’ in 2017.

British anti-vaccination campaigner Polly Tommey, one of the film’s producers, was banned from returning to Australia after the film’s first tour of the country.

At the time, Immigration Minister Peter Dutton said people who told parents that their children should not be vaccinated were ‘dangerous people’.