A women’s rugby league star who passionately embraced her girlfriend in the stands after a grand final win says her act was a show of defiance after years of hardships.

Just moments after leading the Brisbane Broncos to a win in the inaugural season of the NRLW, Ali Brigginshaw ran to the stands and celebrated with girlfriend Kate Daly.

The pair’s passionate kiss has since gone viral with the moment described by many as ‘historic’, coming less than a year on from Australia legalising same sex marriage.

But Brigginshaw, 28, said the moment was a sign to ‘little girls’ having previously told of being bullied by the parents of boys she played against during her junior years. 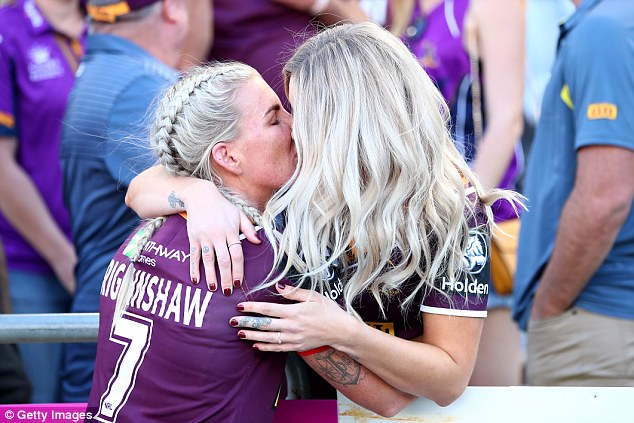 ‘I’m not ashamed of it’: Brigginshaw, the Brisbane Broncos captain, said she hoped the special moment – which comes after Australia legalising same sex marriage – would inspire ‘little girls’

‘Little girls might grow up to love the same sex, and I want them to see they don’t need to be ashamed of it,’ the Broncos’ captain told the Brisbane Times.

‘I walk around the street holding Kate’s hand because I’m not ashamed of it.

‘Kate is the reason why I train hard; my family is a reason I train hard, and I go up and give them a big hug and a kiss.’

A superstar for Australia and Queensland over many years she was named one of just five marquee players for Brisbane in the inaugural season of the NRLW this year.

While in recent years success has come along in spades, Brigginshaw admitted in a recent article for PlayersVoice that she regularly faced adversity in her junior years.

‘It wasn’t all that long ago that I would rock up to play a game of footy and people at the ground would point at me and laugh,’ Brigginshaw wrote. 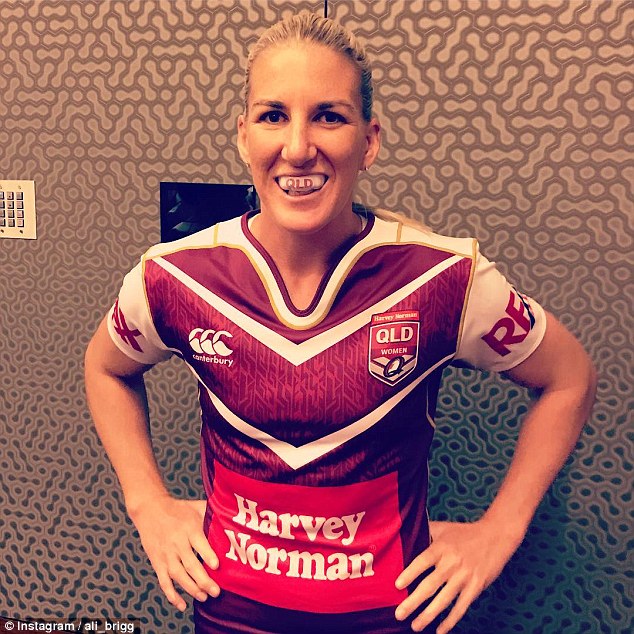 Brigginshaw (pictured) has previously spoken about often overcoming adversity in her junior years, when she was bullied by the parents of boys she played against 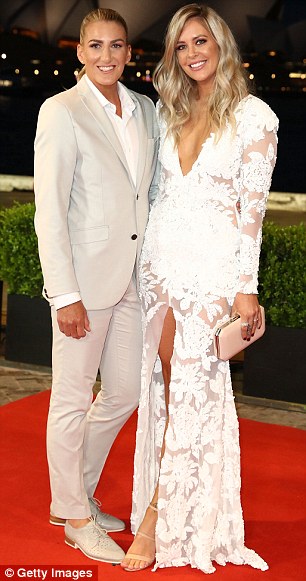 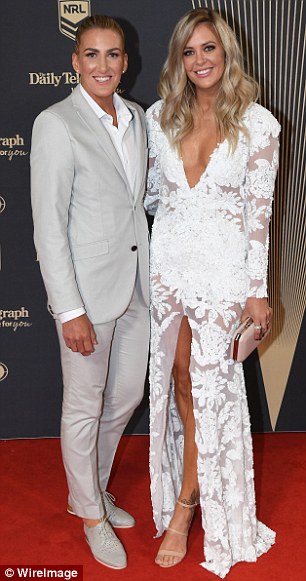 The 28-year-old was joined by her partner Kate at the NRL’s Dally M awards recently and says her girlfriend has been a driving force behind her success, hence why she wasn’t going to shy away from expressing her love

‘It wasn’t all that long ago that I would rock up to play a game of footy and people at the ground would point at me and laugh,’ Brigginshaw (right) admitted recently

‘That actually happened at a representative schools carnival when I was 11 years old. The official match program listed me as: ‘A. Brigginshaw (FEMALE).

‘And it got even worse. I heard that before the carnival, some parents took a video of me in another game and sent it along with film of their son for the selectors to use as a comparison.

‘Obviously, it was an attempt to sway their minds. You know, pick the male No. 9, not the female.’ 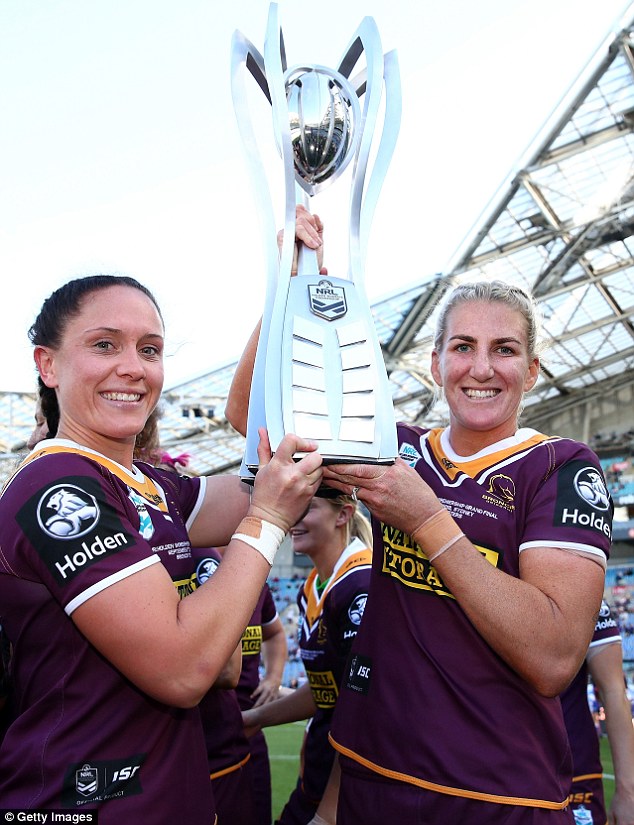 Having come a long way since then, Brigginshaw opened the scoring for Brisbane in front of more than 16,000 fans at ANZ Stadium on Sunday.

From there her side did not look back, cruising to a 32-14 win over Sydney Roosters.

‘To have my family and Kate here is a huge thing,’ Brigginshaw said post-match.

‘My family don’t normally travel. I knew they’d be here today and to win the first NRLW title is just surreal.’