A New South Wales duo sent packing after trying to cross into South Australia during the week have been arrested in Adelaide, as the state records one new COVID-19 case.

The 25-year-old man and 20-year-old woman tried to cross the border at Pinnaroo on Thursday, claiming they were headed interstate to sell a dog.

They were refused entry and turned back to NSW, but police said officers later stopped their NSW-registered car in the Adelaide suburb of Kilburn on Saturday afternoon.

The pair were charged with breaching COVID-19 directions and have been denied bail ahead of a court appearance on Monday.

Man, 25, and woman, 25, from NSW attempted to cross in SA to sell a dog and were turned away only to be found in Adelaide just two days later (pictured, an SA border crossing)

The arrests came as the state recorded one new case of coronavirus, a man aged in his 20s.

He had returned from interstate and has been in quarantine since his arrival.

The addition means there are four active cases of COVID-19 in South Australia.

Police warned South Australians to reconsider travel to Queensland after new cases of community transmission in the Sunshine state.

Commissioner Grant Stevens said while people are allowed to return to SA from Queensland, it’s possible renewed restrictions will be imposed at short notice.

Mr Stevens said no decision had been finalised regarding the re-introduction of travel restrictions with Queensland, nor was any date for changes being considered.

But he said the situation would continue to be monitored. 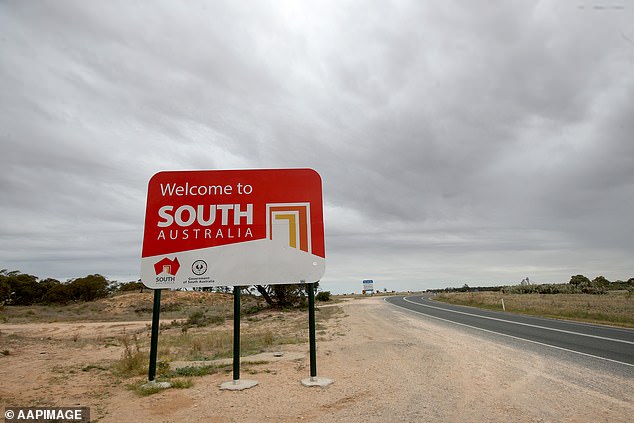 The pair were charged with breaching COVID-19 directions and have been denied bail ahead of a court appearance on Monday (pictured, the SA border) 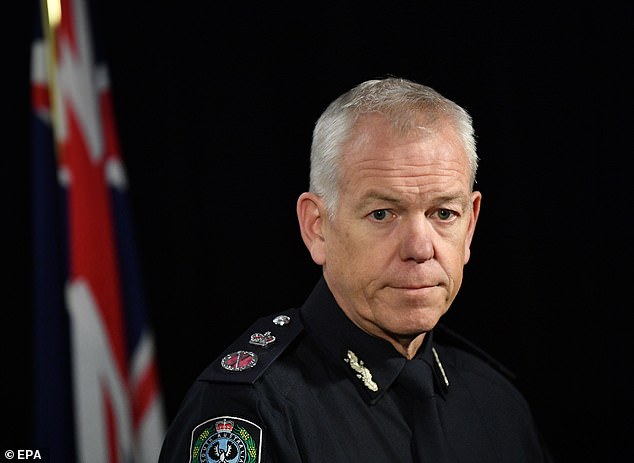 The warning came after a South Australian paramedic tested positive after going to Victoria to help test people for coronavirus.

The woman in her 20s volunteered to help with testing operations in Melbourne to deal with with the current surge in cases.

She returned to Adelaide on Wednesday and remains in isolation along with one close contact.

Chief Public Health Officer Nicola Spurrier said the woman followed all the proper procedures with protective equipment but an infection in such circumstances was ‘part of the risk of this sort of work’.

‘This is risky business.’ 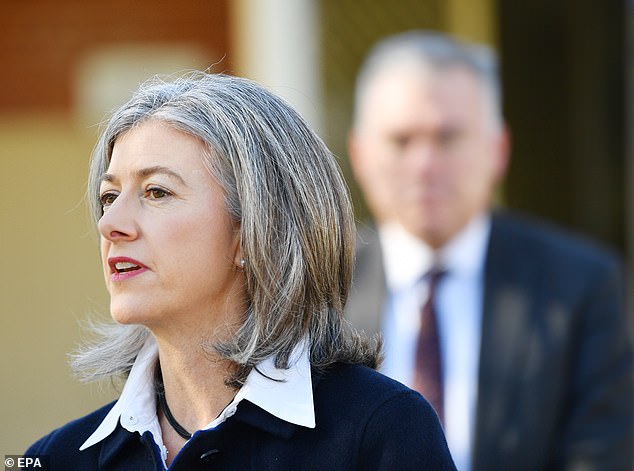 It was also revealed that 170 people were expected to arrive in Adelaide on Saturday on a repatriation flight from India.

All will go into hotel quarantine with officials expecting at least some to have COVID-19.

South Australia has reported four COVID-19 deaths and and 443 people have been cleared of the virus.