NSW man has angle grinder blade lodged in his SKULL

A man was airlifted to hospital after an angle grinder blade became lodged in his skull on the New South Wale’s south coast.

The 52-year-old man from Barrack Heights was using the grinder when the disc exploded and hit him in the forehead at around 12.30pm on Tuesday.

The man’s skull is fractured and he also has a deep gash to his forehead.

‘The blade has exploded and it’s fragmented and hit his right temple region, a piece of the blade is still stuck in his head and he’s got a skull fracture,’ NSW Ambulance Inspector Norm Rees told the Illawarra Mercury.

A fragment hit him after the grinder blade exploded while he was working with it.

Inspector Rees said that this should be used as a a reminder to use safety precautions and equipment. 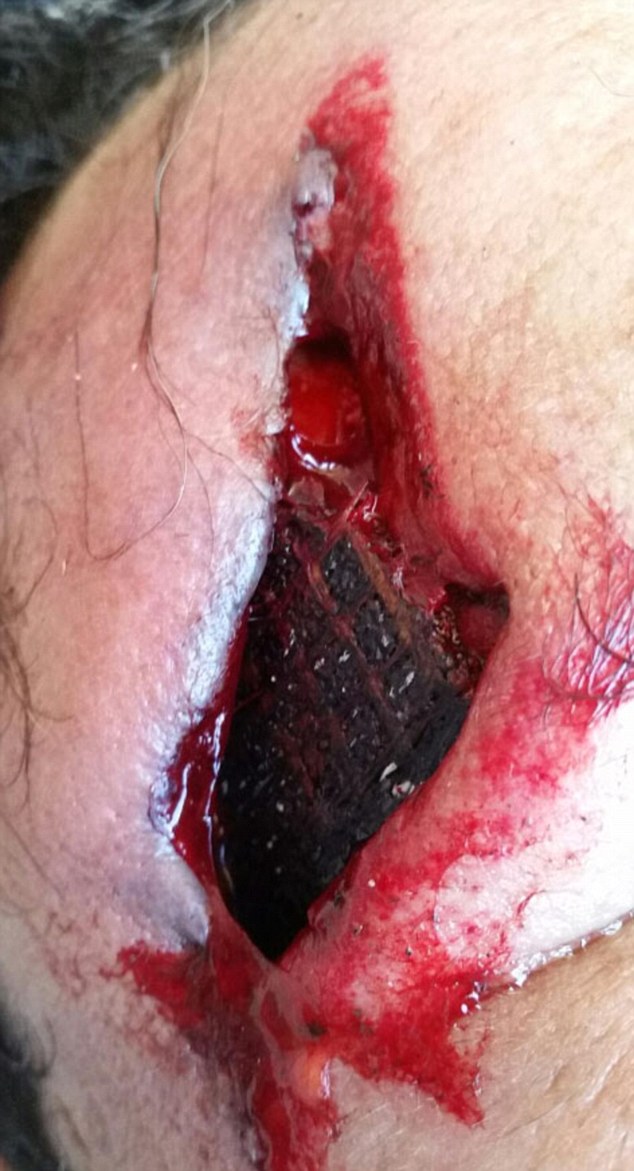 ‘The public need to understand that power tools can operate with tremendous force, which is why you need to wear Personal Protective Equipment to protect vulnerable areas,’ Inspector Rees said.

‘This incident is an excellent illustration of why you need to protect those vulnerable areas – your eyes, your neck and your head.’

The man is in a serious but stable condition at St George Hospital.