NSW mother of boy fuming at class being secretly filmed

A mother has revealed she was ‘fuming’ to find out on the internet that a kindergarten classroom at her son’s primary school was being monitored by hidden camera without parents’ knowledge.

Ashtonfield Public School at Maitland in New South Wales’ Hunter Valley installed a hidden camera in a kindergarten classroom without telling parents or police – who were only notified when a casual teacher stumbled across it sitting on a desk.

A parent of a Year Two boy at the school – who Daily Mail Australia has agreed not to name – said she was furious caregivers weren’t told pupils would be recorded.

‘I was fuming that I had to find out on the internet first. They should’ve given parents a heads up,’ she said. 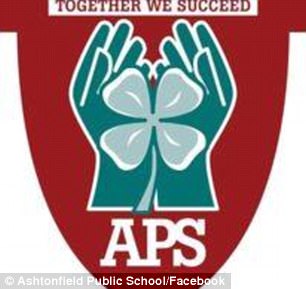 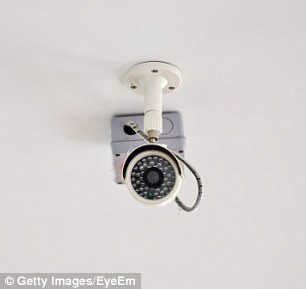 ‘100 per cent parents should have been told before what was going on.’

The woman said other parents at the school are also furious they were not notified about secret recordings being made of students.

‘I’ve spoken to a few parents and they’re concerned obviously.’

She said the school’s explanation for placing a camera inside the classroom was to ‘capture a thief who was stealing things from the classroom’.

The school used a camera to record a classroom of five and six-year-olds without notifying parents of the young children.

Parents with ‘grave concerns’ have approached their local MP Jenny Aitchison, and she is so troubled by the camera confusion that she has asked for a ‘please explain’ from NSW Minister for Education Rob Stokes.

Ms Aitchison said parents told her there were two cameras in the classroom, ‘one was disguised as a gaming camera and the other as an alarm clock’. 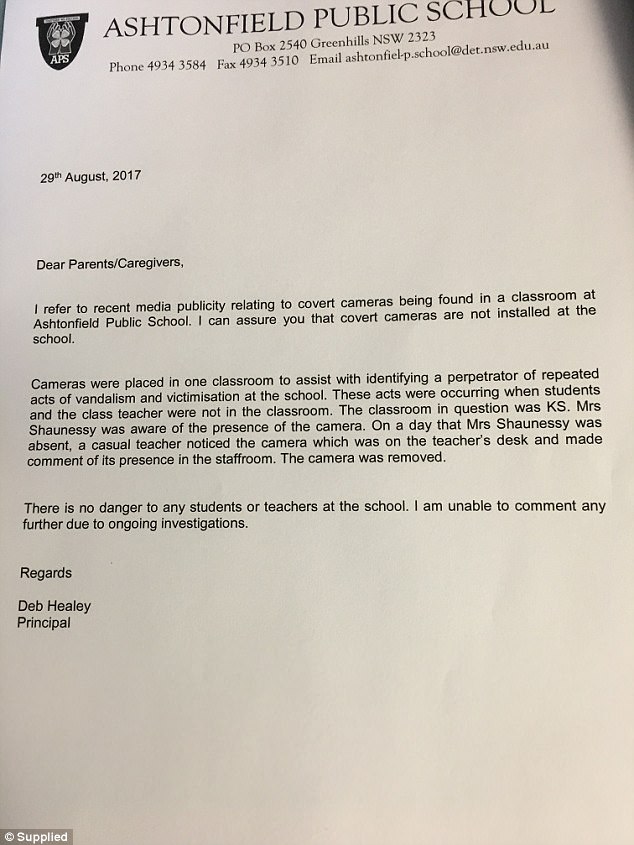 When contacted by Daily Mail Australia, a NSW Department of Education spokesman said the school put one camera in the classroom in ‘response to a police matter’ – but a NSW police spokesman said they only became involved once the camera was found.

Police said Central Hunter officers are ‘investigating a series of incidents’ which happened at the school stretching back to November last year.

‘These incidents all relate to the harassment and intimidation of a staff member at the school.’

In response to being asked about the correct timeline, the Department of Education spokesman said he had no reason to dispute the police’s record of events.

He refused to answer why the school didn’t alert the police or parents before putting the camera in the classroom, saying it would be ‘inappropriate to comment on an ongoing police investigation’.

The spokesman said the camera was ‘put in plain sight’ in the classroom, and the matter being investigated ‘does not involve nor put any students at risk’.

Police said they are not investigating why the camera was placed in the classroom.

In a letter to the Minister, Ms Aitchison implored Mr Stokes to ‘get to the bottom of what has happened’.

‘This situation is not good for the morale of anyone in our school community. The longer it takes to resolve the situation, the more uncertainty, stress and anxiety it causes for all concerned.

‘It is clear that neither the school’s nor the Department’s current processes for addressing this issue have resolved any of the issues, and have, in fact created more questions than they have answered. ‘The school community is asking for a clear answer in relation to this situation.

‘Given there have been a number of conflicting explanations from the Department and the school regarding who placed the camera or cameras, who authorised them, what their purpose was, and whether an investigation is still being undertaken, I would prefer any answers to be in writing.’

In a letter sent to parents on Tuesday and obtained by Daily Mail Australia, school principal Deb Healey said a casual teacher found the camera in the classroom and notified other staff.

The camera was then removed. 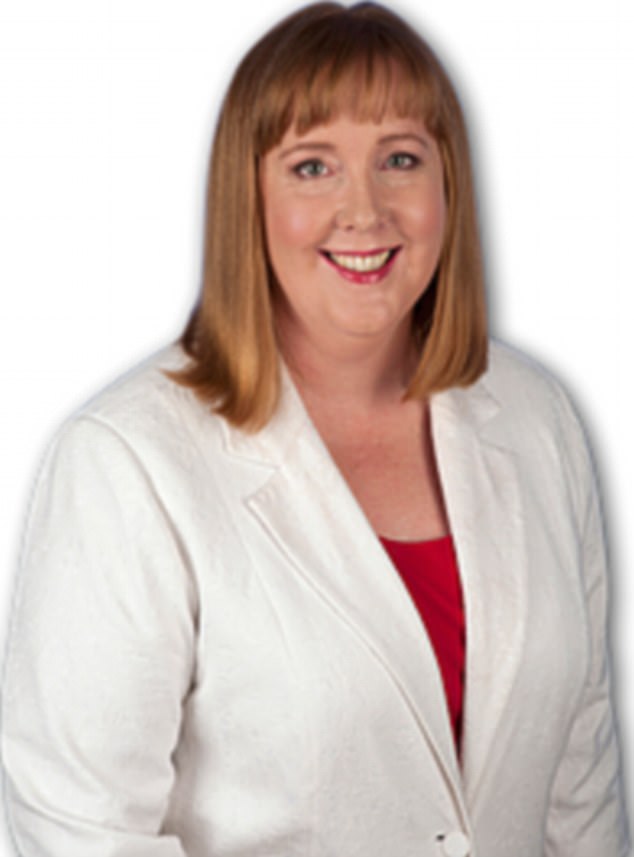 In the letter, Ms Healey said ‘cameras were placed in one classroom to assist with identifying a perpetrator of repeated acts of vandalism and victimisation at the school’.

‘These acts were occurring when students and the class teacher were not in the classroom. The classroom in question was KS [kindergarten].

‘There is no danger to any students or teachers at the school. I am unable to comment any further due to ongoing investigations.’