A renowned graffiti artist has accused police and local government of censoring a mural he painted in support of the Black Lives Matter movement.

Scott Marsh painted the two-storey mural of a burning patrol car tucked away in a side street in inner-Sydney on Monday.

He claims less than 24 hours later he was sent a video of police and council workers painting over the artwork, which he then posted to his Facebook page.

‘Pretty disappointing to be sent a video of NSW Police Force and City of Sydney council painting over my mural this morning,’ Mr Marsh posted on Tuesday.

‘It’s a confronting image, it is supposed to be,’ he said.

Mr Marsh had called the artwork a symbol of ‘pain and frustration’ when it was first completed.

He then went on to explain he had sought permission from the building owner and had intentionally placed the mural away from a main street.

‘When anti-police sentiment is high, I don’t see whats to be gained by censoring public artwork that you don’t agree with,’ Mr Marsh said and added the #blacklivesmatter hashtag.

People commenting on the video expressed their concern over the artwork being removed, claiming it was evidence of censorship.

‘That is upsetting,’ one person said.

‘Just wondering about the legality of this, if the landowner has agreed and given permission for this artwork,’ another person said.

The artwork includes the name ‘TJ Hickey’ in graffiti on the side of the police van.

Thomas (TJ) Hickey was a 17-year-old Indigenous Gamilaraay boy who died in 2004 after being thrown from his pushbike and impaled on a fence during a police pursuit in inner-city Sydney. 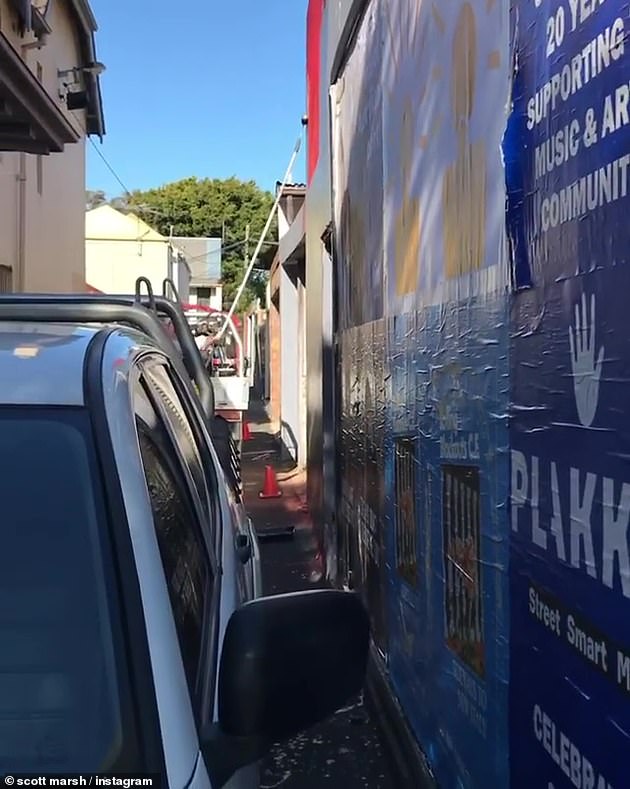 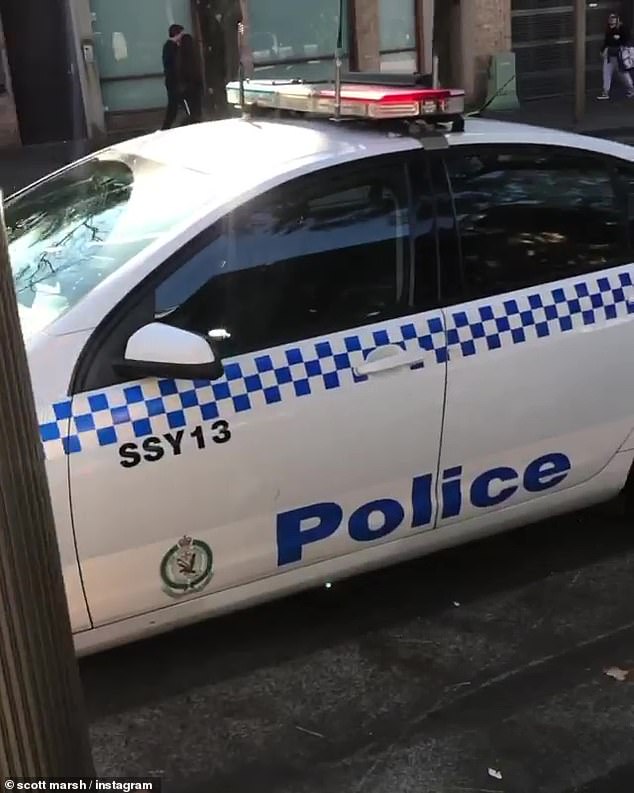 The incident ignited the Redfern Riots in which the local Indigenous Community vented their anger at police.

One woman commenting on the artwork said a portrait of the boy would have been a better message.

‘Our community has been stigmatised enough,’ the woman wrote.

‘I appreciate the sentiment but I see this as only leading to more police violence and it won’t be this artist or white people getting chucked around’.

‘Don’t use pain you have never felt to push your own agenda… a portrait of our brother would have been more appropriate, he was a child, people need to remember that’.

Daily Mail Australia has contacted NSW Police and The City of Sydney for comment.