A Byron Bay surfer and his mate were ‘counting their blessings’ as they headed up the beach holding a broken surfboard following a shark attack on Sunday.

Abe McGrath was screaming for a 3.5 metre great white shark to ‘f**k off’ as it snapped its jaws at him in the waters of Illuka beach, his friend Elijah ‘Hobbit’ Colbey told The Daily Telegraph.

He said the friends had been on their boards only 50 metres apart when Mr Colbey turned and saw his friend ‘skimming across the water and splashing’.

‘Then I hear f**k off, f**k off and then my nickname Hobbit being called out,’ he said. 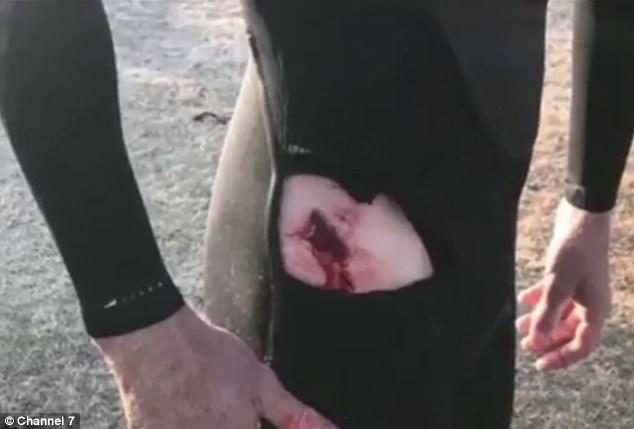 Horrific images show blood gushing from a wound on the man’s hip that can be seen through his torn wetsuit, and his friends claim if he had been sitting on his board instead of lying on it, it’s likely he would have lost his leg.

His friend Bryce Cameron told the Telegraph before the shock set in, Mr McGrath was just ‘stoked’ to have made it out of the water.

‘[Abe] was stoked, he wasn’t in shock yet, he was really happy to be alive and in front of his mates,’ he said.

‘We were all giving him big hugs and felt pretty lucky to have him there.’

Mr McGrath’s board lays in tatters after being snapped in two by the powerful predator, who initially attacked from underneath. 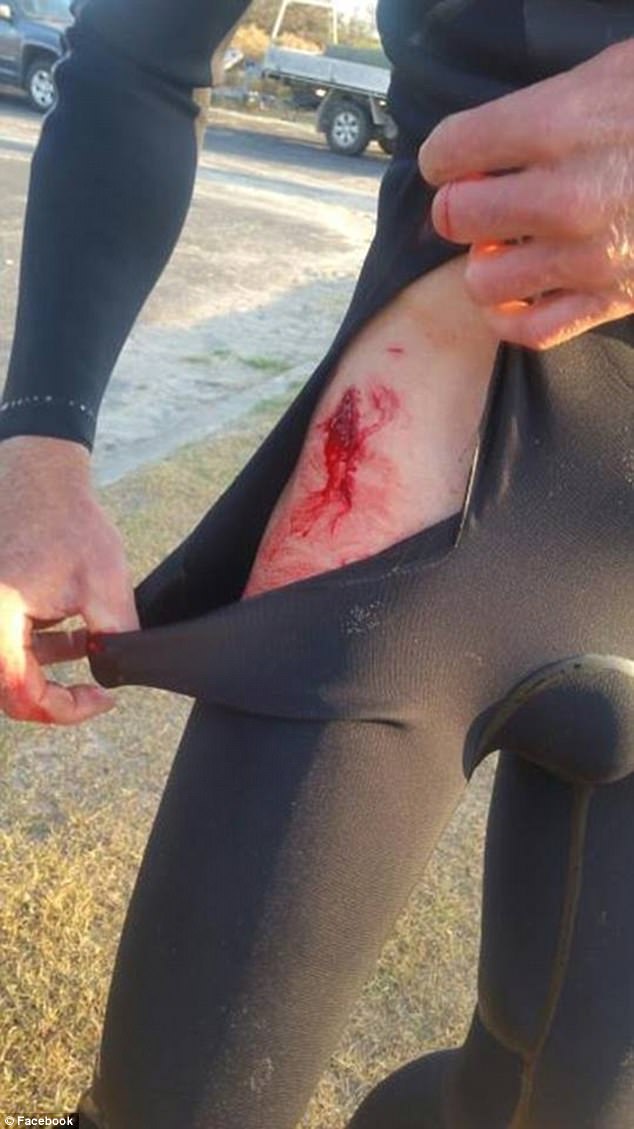 The 35-year-old had been lying on his board at the time, and friends suggest if he had been sitting its possible he would have lost a leg 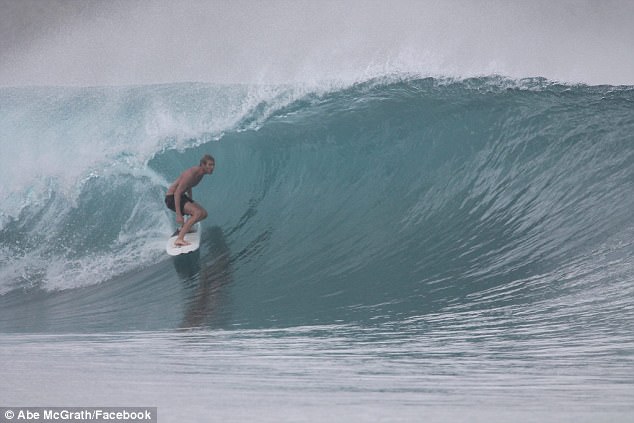 The Department of Primary Industries (DPI) confirmed the 35-year-old man from Suffolk Park was mauled at 6am before friends drove him to Ballina hospital with a gash to his right thigh.

Mooloolaba woman Amber Hopkins uploaded pictures of Mr McGrath and his broken board to social media, claiming he ‘could have lost his life’.

Wow!!! This guy has some luck… 6am this morning – Iluka he was attacked by a 3 metre great white shark!!! He could have lost his life!’ She wrote.

In a comment on her post, Ms Hopkins said he had been with a friend and they were the only two in the water at the time.

She told police the shark had began to circle and then turned away. He then grabbed half his surfboard and swam to shore. 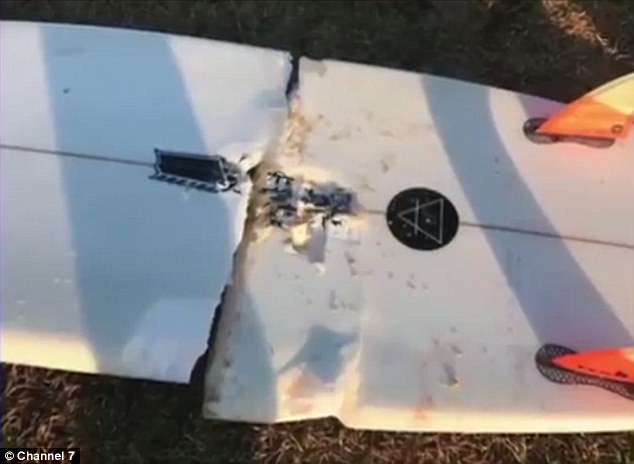 In a comment on her social media post, witness Amber Hopkins said the surfer was with a friend and they were the only two in the water at the time 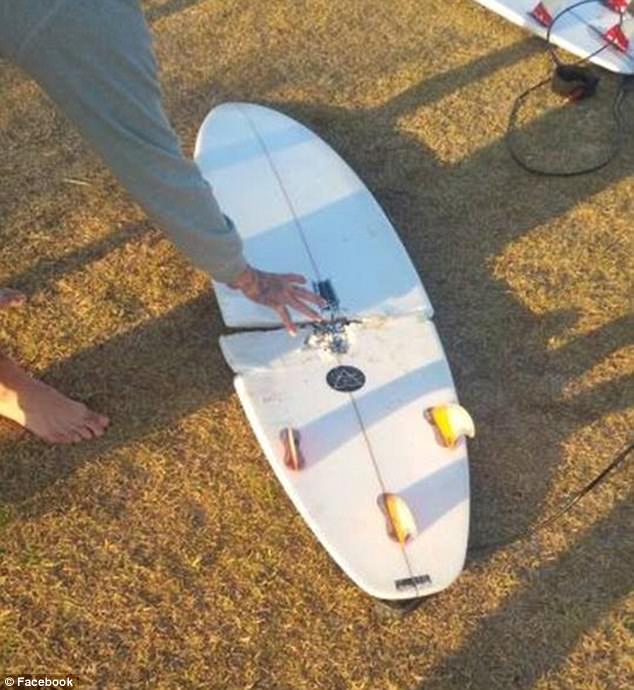 ‘The great white was coming that fast at him… hit him so hard only the sharks front teeth were able to brush him because the force flew him in the air 10 metres then shark went back and bit the board in half,’ she continued in another comment.

Main and Bluff beaches were closed as a result of the attack.

There are currently 35 SMART (Shark Management Alert in Real Time) drumlines being used between Evans Head and Lennox Head to mitigate shark attacks.