This is the bizarre moment a naked man was stopped from entering a courthouse in Spain to attend a hearing.

Alejandro Colomar, 29, was intercepted by cops in front of the Valencia court on Tuesday.

Colomar was carrying a backpack with a change of clothes and wearing socks and a pair of boots when he was filmed trying to go inside the building.

‘I was going to try to enter naked,’ he told reporters, as quoted by Spanish newspaper El Diario.

Alejandro Colomar (left) is addressed by a Valencia, Spain, courthouse officer after he attempted to enter the building naked, wearing on socks and boots, on Tuesday. The 29-year-old was attending a hearing for a fine he had received for stepping out in public without clothing 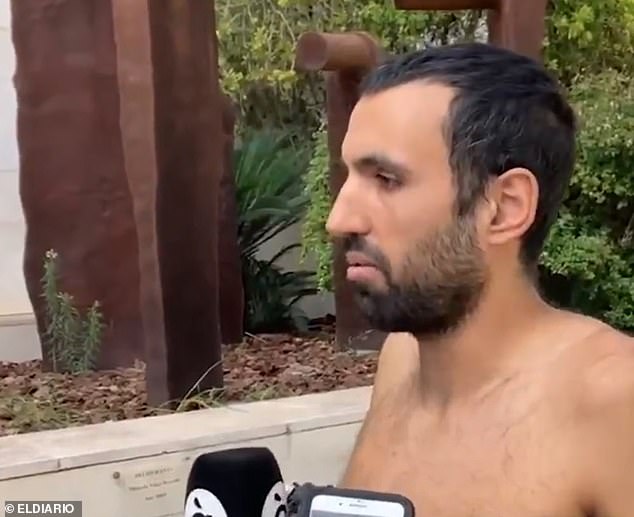 Colomar, who works remotely for a United States-based software company, had been fined on multiple occasions for refusing to wear clothing in public.

‘I have always liked it, I have always gone to nudist beaches since I was little and I have never had any problem with nudity,’ he said.

Colomar did some research on the internet and found that it was perfectly fine to do so.

‘It was legal and I started doing it. They have given me fines because the police basically do not know the laws,’ he said.

Colomar has been fined nearly $2,900 for the violation of article 37 of the city’s vice laws that prohibits extreme nudism, his attorney, Pablo Mora, said. 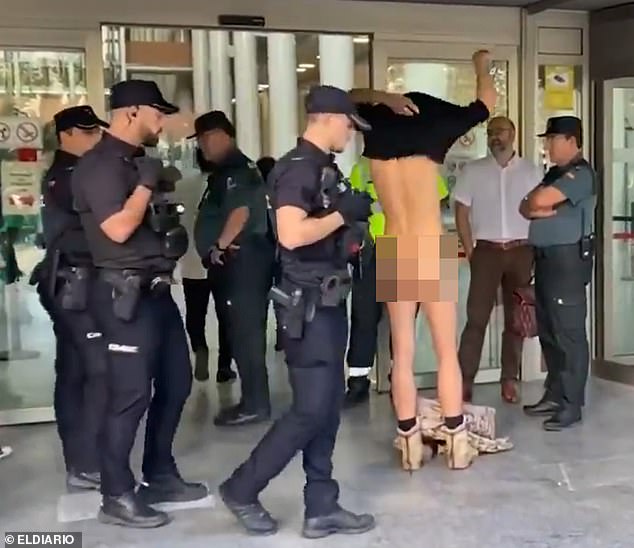 Alejandro Colomar, who said he has been fined almost $3,000 for extreme nudism, complied by getting dressed outside the Valencia, Spain, courthouse prior to his hearing Tuesday

Mora claims that they have successfully challenged the tickets because his client is not walking around the streets exhibiting the type of behavior that would require an arrest or citation.

Colomar eventually got dressed and was allowed to enter the courthouse.

‘They are bothering me every time I go out naked on the street,’ he said. ‘I am going to show them that I can go like this and, since they bother me, I bother them.’