Nutritionist Lyndi Cohen has spoken out about her struggles with body insecurities.

For 10 years, the Sydney woman tried everything imaginable to lose weight after she became fixated with food.

Speaking to Daily Mail Australia, the young dietitian revealed how her obsession with losing weight turned into her an emotional eater.

‘I would eat as little as I could and exercise multiple hours in the day,’ she said.

‘By the time I’d come home, my willpower was depleted and I would binge eat everything in the pantry.

‘I’d feel guilty of what I ate but the cycle repeated itself everyday.’ 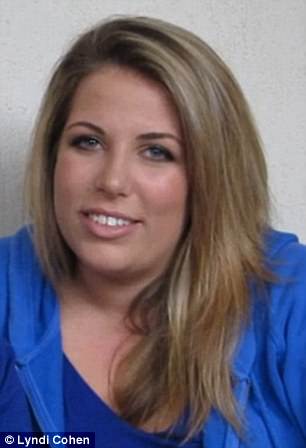 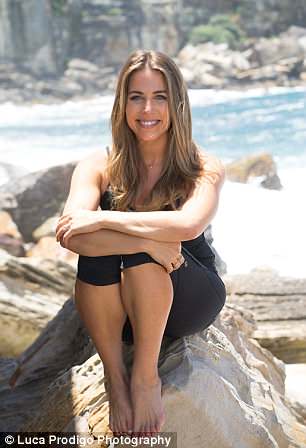 Before and after: For 10 years, the Sydney woman tried everything imaginable to lose weight after she became fixated with food that saw her turn into an emotional eater

The dietitian, otherwise known as The Nude Nutritionist, said despite shedding kilos, she would still find a flaw to ‘hate’ about herself.

‘When I was obsessed with losing weight, it didn’t matter how skinny I got, I still found things to hate about my body,’ she recalled.

‘But I got to a point where I didn’t want to live like that anymore.’

Lyndi said she decided not to disclose her before-and-after weight as she feared those numbers could trigger sufferers with eating disorders.

Speaking out, Lyndi said she wanted to break the stigma surrounding ‘healthy’ bodies on social media after she felt the constant pressure to lose weight.

‘I feel as though when you think of “healthy” influencers, you think of girls with the perfect bodies and they don’t have much fat –  I don’t think that’s what health looks like,’ she said.

‘Often girls are exposed to the images they see in healthy magazines – and it narrows the stereotypes of what healthy looks like.

‘I want people to know that health comes in all shapes and sizes and you don’t need to be a certain height or have a toned body to have the “healthy body”.

‘I want to change the definition of what health looks like and you don’t need to look like a model to be healthy.’ 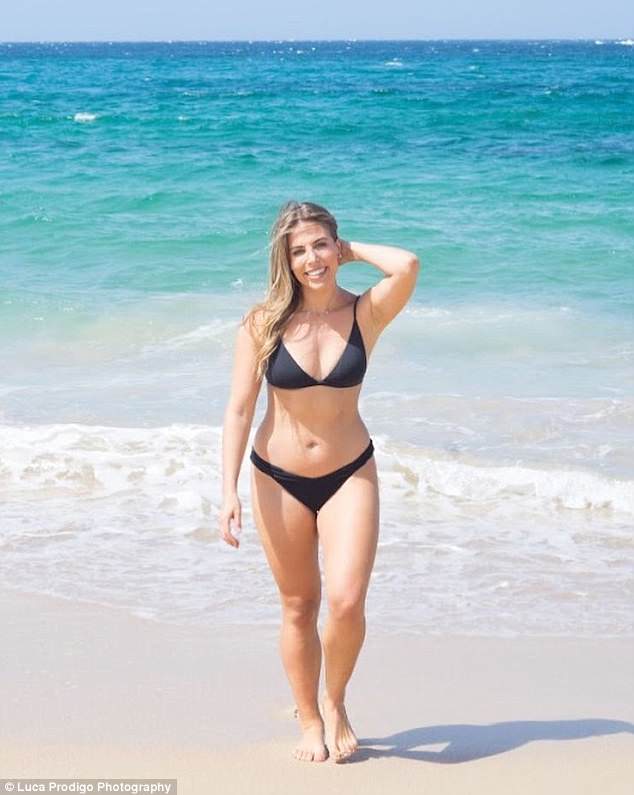 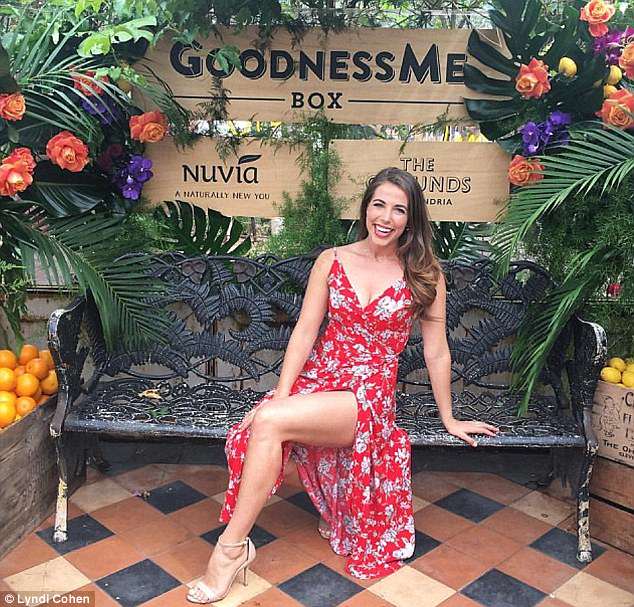 After struggling with her fluctuating weight for a decade, Lyndi managed to lose 20 kilos in four years – and now she feels confident with herself more than ever

After struggling with her fluctuating weight for a decade, Lyndi managed to lose 20 kilos in four years – and now she feels confident with herself more than ever.

‘Now I’m at a comfortable weight after I decided to love my body – and I no longer struggle with the bad image days as often,’ she said.

‘I was a little bit daunted… a little bit unsure of putting it out there. I was so overwhelmed with the response and how accepting everyone was.’

Opening up about her previous struggles with self-esteem, Lyndi admitted: ‘I was always the “bigger girl”.’

‘My stomach is naturally soft, my body is strong but I spent a decade trying desperately to change my natural shape,’ she said.

‘I had to sit myself down and decide that I was going to stop hating my body. Honestly? I didn’t start to instantly love my body. Nup.

‘I started with body acceptance first. On bad body image days, I’d remind myself: “My body is okay just the way it is”.

‘I’d resist the temptation to torture my body by going on a low carb diet or cutting out foods I loved (although diets can be so tempting, they never work).’ 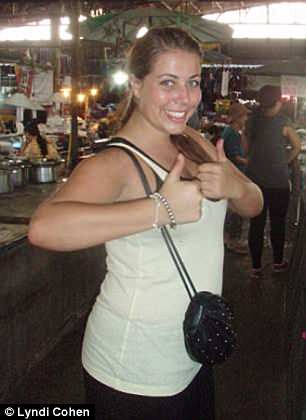 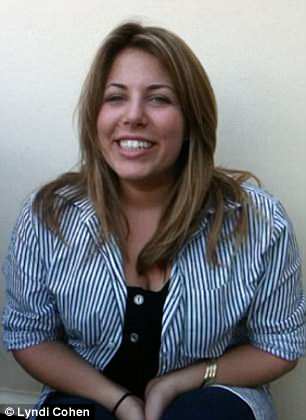 Opening up about her struggles with insecurities, Lyndi admitted: ‘I was always the bigger girl 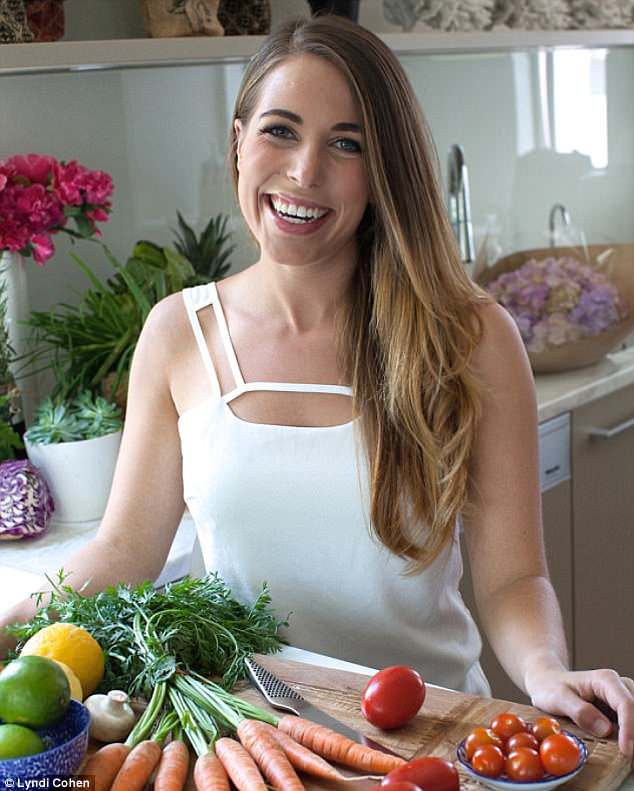 Speaking out, Lyndi said she wanted to break the stigma surrounding ‘healthy’ bodies on social media after she felt the constant pressure to lose weight

Eventually, she managed to overcome her insecurities.

‘And I’d remind myself that every one has bad body image days, even the people I thought had “perfect” bodies. I realised my body was never the issue,’ she said.

‘Accepting your body isn’t about losing weight until your finally like what you see. It’s deciding that your body is worthy as it is. 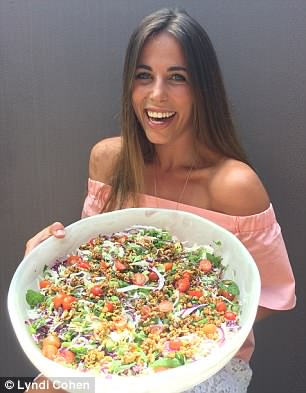 ‘It’s your mind, not your body that has to change. Being healthy is so much more important than been skinny or having a flat stomach. Throw away the scale.

‘Stop “trying to be good” and start trying to feel good. When you make health, not weight loss the goal, you’ll be amazed with how good you start to feel.’

In her latest blog post, Lyndi revealed how her now-husband inspired her to love her body after they met when she was at her heaviest weight.

‘As anyone with body insecurities would know, this meant so much to me,’ she said.

‘My husband and I have been together for six years… [And he] played a big role in helping me love my body. And I’ll always be so grateful to him.

‘Nowadays, I truly love my body. But that wasn’t always the case. I used to hate my body. I never felt good enough. I would compare my body constantly.

‘Hating my body was seriously hard work. It made me obsessed with food, turned me into an emotional eater and I was so unhappy.

‘At one point (aka my breaking point) I made a decision that I wasn’t going to sacrifice my mental health for the perfect body anymore.

‘These days I love my strong, capable body. I’m really healthy, and this is what my body looks like naturally… I think we need to redefine what a healthy body looks like because it’s not always abs and lean bodies like you see in the magazines.

‘Loving your body in a society that tells you not to love your body is a radical act of self-love.’