Diversity has become an increasingly important issue within the fashion industry over the past few seasons, with many designers finally choosing to take on a more inclusive stance.

But one New York fashion editor is now turning her attention to street style photographers, calling them out for their lack of diversity, and blasting their blatant determination to simply ‘shoot the same skinny white women over and over again’.

Lindsay Peoples, a fashion editor at The Cut, revealed that she finds herself ‘getting mad about the same things’ at every fashion month, and this New York Fashion Week, she decided she no longer wanted ‘to suppress her stance as an “angry black woman”‘ and had instead chosen to speak out because ‘no one else will’.

Protest: Lindsay Peoples, fashion editor at The Cut, is calling out street style photographers for their lack of diversity in ‘shooting the same skinny white women over and over again’ 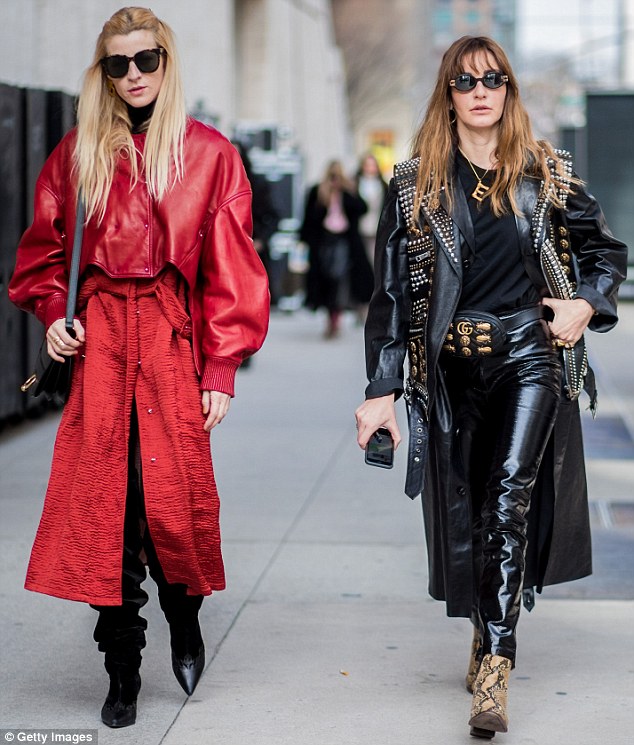 Bad experience: She also pointed out that street style is no longer the organic process it once was and her most recent experience at New York Fashion Week left her feeling ‘cold’ 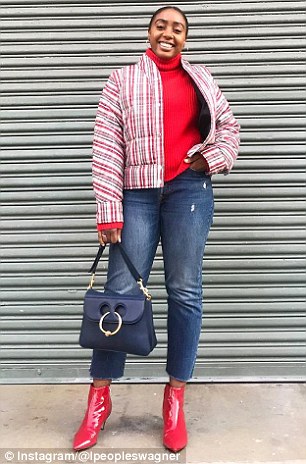 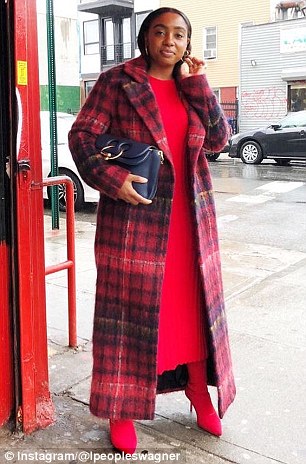 Ignored: Lindsay shared how she ‘watched in disgust’ as she saw ‘impeccably dressed women of color, curvy women, and most women over 35’ ignored in favor of younger white women

She hastened to point out that street style is no longer the organic process it once was, noting that while she once ‘loved watching the women walking outside of shows as photographers swarmed, yelling names as if the fashion editors were real celebrities’, her most recent experience with the process had left her cold.

‘This season, standing outside of Spring Studios in the rain, I watched in disgust as impeccably dressed women of color, curvy women, and most women over 35 were ignored by the swarms of photographers,’ she wrote.

‘Worrying about feeling validated, pretty enough, or even just good enough to be photographed is something that everyone in the industry has had to deal with, whether they like it or not.’

And Peoples also shared how out of the almost 300 street style pictures The Cut published on its site, only 29 were of non-white men and women.

However, she acknowledged that no one person was to blame, explaining: ‘This was our failure as editors, and it is not the fault of any one person on our team including our street style photographer.’

In order to get a better understanding of the current zeitgeist, Peoples spoke to several of her contemporaries within the fashion industry for the piece.

For Tyler McCall, Deputy Editor at Fashionista, street style became boring for her several seasons ago when ‘true personal style’ was replaced by ‘peacocking’.

‘The girls that these photographers are looking for are the ones being dressed by brands who don’t offer sizes beyond a 10 or a 12,’ she wrote.

‘I’ve seen so many stylish women over a size 6 at Fashion Week and you’ll watch them walk through a crowd of photographers who just stare at them,’ she added. 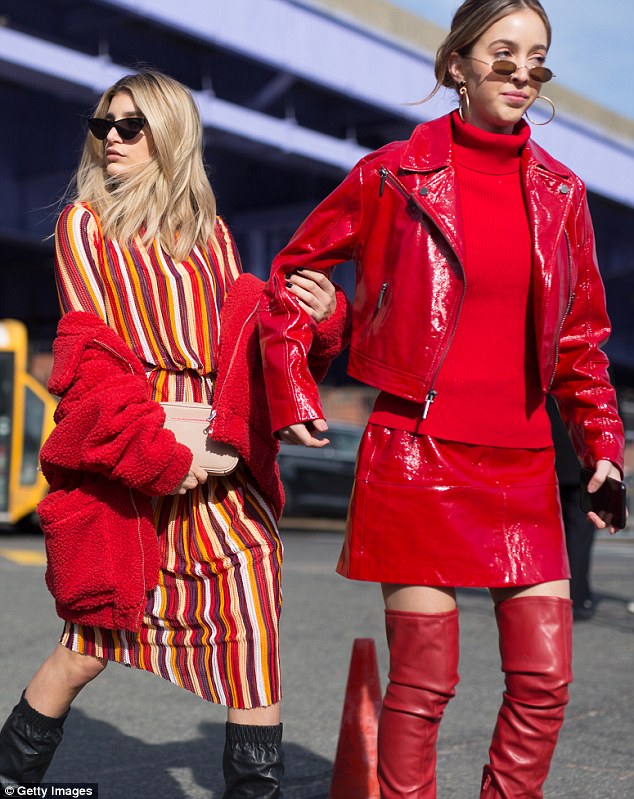 Solidarity: Lindsay also spoke to other women in the industry for the piece and found that they shared the same view as her 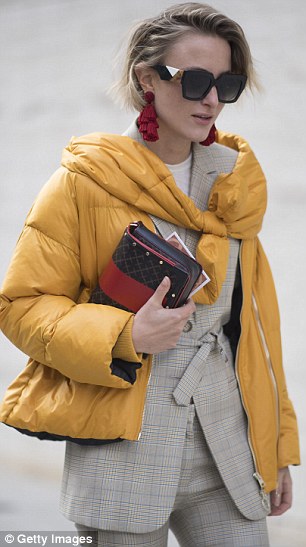 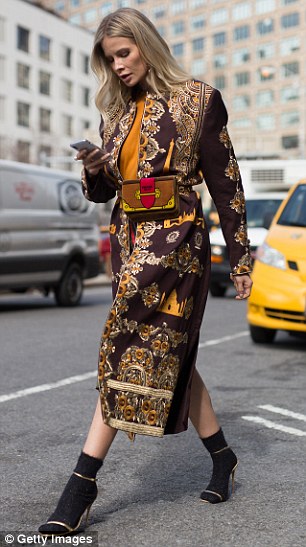 Name game: Julee Wilson (not pictured), Fashion & Beauty Director at Essence Magazine shared that she finds it ‘maddening’ not to see more diversity in the images 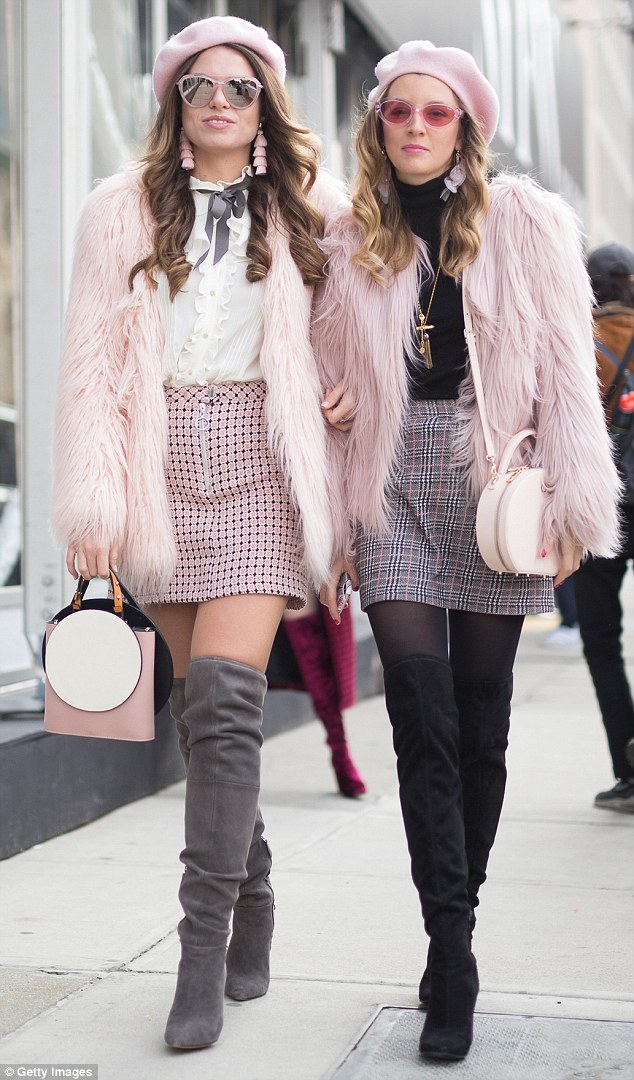 Change: All the editors Lindsay spoke to said that change had to happen within the industry and Jessica Andrews (not pictured) from Teen Vogue said editors must be ‘unrelenting’

This sentiment is shared by Chrissy Rutherford, Senior Digital Fashion Editor at Harper’s Bazaar, who said: ‘One of the worst parts of street style is that it’s the same people season after season, wearing five different looks per day based on the day’s show schedule because the designer has dressed them to sit front row.

However, Julee Wilson, Fashion & Beauty Director at Essence Magazine suggested that the industry has to reform its way, sharing she finds it ‘maddening not to see others like myself reflected in the documentation of fashion’s biggest events’.

‘The time is up on a lot of things these days and we should certainly add this blatant misrepresentation and narrow view of style to the list,’ she added.

Jessica also shared that in order for real change to happen, women and men of all shapes, sizes and ethnicities need to be represented as ‘the lack of diversity in street style photos sends the message that plus-size and non-white show-goers are not stylish – which we know is simply not true.

She added: ‘I’ve worked with street-style photographers in the past and I’ve had to ask them, sometimes repeatedly, to include women of color. But it’s important that editors are persistent and unrelenting.

‘And it’s important that photographers and media outlets are held accountable.