NY man who killed dog charged with having sex with horses

Repeat offender: Convicted animal abuser Steven Errante, 30, is accused of having sex with horses at a Long Island stable

A Long Island man with a history of cruelty to animals has been charged with repeatedly having sex with horses.

Steven Errante, 30, of Dix Hills, New York, was arrested on Wednesday by police investigating his failure to register as an animal abuse offender stemming from a 2013 incident in which he beat a dog to death with a baseball bat.

During their visit to Errante’s home, the detectives somehow learned that he allegedly had had sexual encounters with horses.

According to police, the suspected instances of bestially occurred on August 25 and September 4 at a stable in the 200 block of Pine Acres Boulevard in Dix Hills – an affluent hamlet in the town of Huntington where the median income for a family was $150,271, according to a 2007 estimate.

Errante was booked on two counts of sexual misconduct with an animal and failure to register for the Suffolk County Animal Abuse Offenders Registry, reported NBC New York.

Errante, then aged 26, made headlines in December 2013 when he was arrested for attacking a dog he had stolen from a pen behind a church months earlier, having sex with the pooch and then savagely beating her with a metal baseball bat. 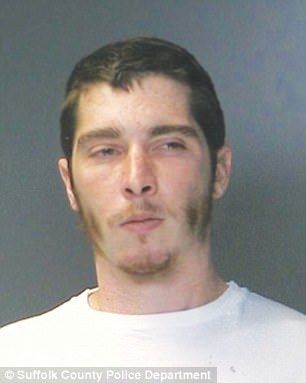 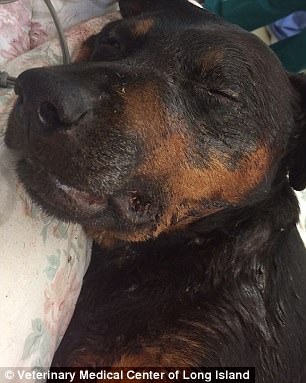 Savage attack: Errante made headlines in December 2013 when he was arrested for having sex with a stolen dog (right) and then savagely beating her with a metal baseball bat

According to prosecutors, the Rottweiler-Labrador mix dubbed Beauty had sustained fractures to her head and face, injuries to her body and a broken leg during the assault.

She was taken to the Veterinary Medical Center of Long Island, where doctors eventually had to euthanize her because of the severity of her condition.

Suffolk County Police Sgt. John O’Sullivan called the beating Beauty had endured one of ‘the most horrific cases of animal abuse I have ever seen.’

Errante was arrested charged with aggravated cruelty to animals under the New York State Agricultural and Markets law. In February 2014, he was also indicted on an additional charge of sexual misconduct. 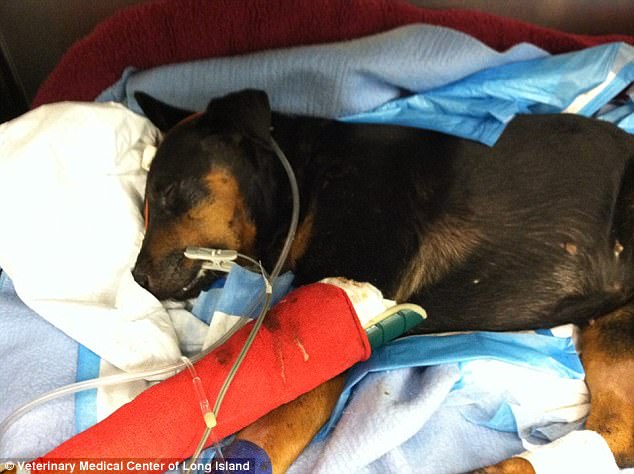 A lawyer representing him in that case said the suspect was a US Army veteran who had spent time in a VA hospital, reported CBS New York.

In October 2014, Errante pleaded guilty to aggravated cruelty to animals and was sentenced to two years in jail. He was also required to register as an animal abuse offender.

As part of the plea deal, the sexual misconduct count was dropped.

Newsday reported that during his sentencing, Errante claimed he was drunk at the time of the attack.