NYC restaurants plead to be allowed to open with outdoor tables

New York City’s restaurants are pleading with elected officials to reopen with outdoor tables and say they are in ‘dire need of help’ after being forced to have closed for 11 and a half weeks.

Many have scraped by with take-out service and by taking on debt but dozens have been forced to permanently close their doors.

Restaurants are not due to reopen anytime soon. They are in the third phase of Governor Andrew Cuomo’s reopening plan which could still be at least six weeks away.

De Blasio says New York City will not start to reopen until the first half of June and he is clinging on to hopes of a federal bailout.

Just 55 people were hospitalized across New York City with suspected COVID-19 cases on Tuesday. At the height of the pandemic, more than 1,600 were being admitted.

Nello, on the Upper East Side, put teddy bears in its outdoor seats. NYC’s restaurant industry is begging to be allowed to start serving people in outdoor tables

But the city remains closed while the government hires more contact tracers and waits for hospital beds to become free.

In the meantime, the restaurant industry is crying out for help while also trying to work with elected officials to get themselves back on their feet.

One solution for some has to be reopen on a curbside basis, letting people buy cocktails to go with small orders of food, or delivery.

Andrew Rigie, Director of The New York City Hospitality Alliance, was reluctant to criticize the mayor or governor’s handling of the crisis on Wednesday but he told DailyMail.com the industry and many of its leaders are becoming ‘frustrated’ with the ongoing uncertainty.

‘We’re advocating outdoor to be in phase one. We understand why we’re at a greater risk than other industries… but we are the fabric of New York City,’ he said.

He said restaurant owners were prepared to enforce measures like mask-wearing and were eagerly waiting for more guidance from officials on how they can prepare. 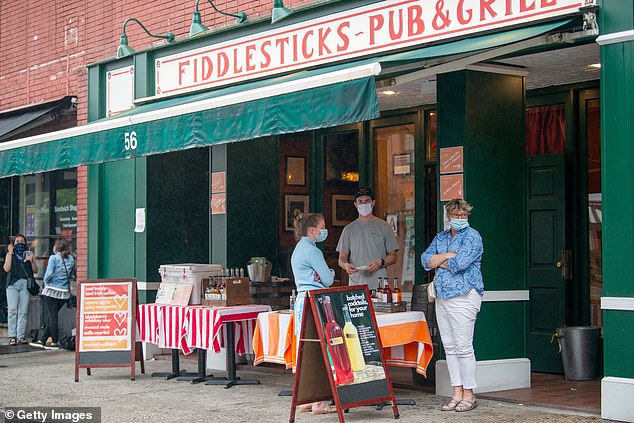 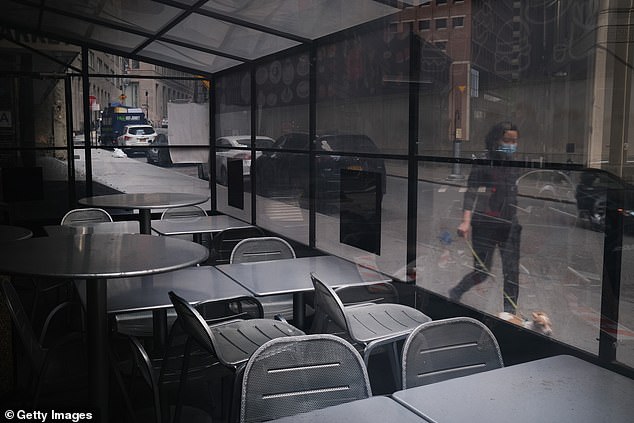 ‘They’re moving to take some action but there’s no doubt we need more.

‘The governor has determined the phases of reopening. The last thing that we want is a second round of this, we have one chance to get this right,’ he said.

One of their concerns is that even after restaurants are allowed to resume business, people will be too afraid to dine in.

‘It’s a very difficult balance – we understand people are in a rush to reopen but if the dining public isn’t ready, it doesn’t matter what the government says.

He is yet to be told by the government what capacity bars and restaurants can operate at.

Just to be financially able to reopen, restaurants say they need at least 75 percent of their usual occupancy.

But they still have not been guided by officials on how many people they’ll be allowed to serve and the rules for masks, gloves and any other type of health measures, are yet to be laid out.

Moving restaurants into phase one of the structured reopening plan would be ‘incredibly helpful,’ he said.

‘New Yorkers are out  and about. If they’re out, we have a responsibility to provide them a safe place to be.

‘Le’ts least open up the streets in a safe and orderly way.

‘People are frustrated.  Many businesses and restaurant owners are frustrated they want to get open but we’re not going to determine when we’re going to.

‘Some are angry and want to reopen right away and others that are very unhappy but are more understanding.’

They need more in the way of grants – not loans – to tide them over until they can do open their doors, he added.

‘If you’re not going to let them reopen, what other kind of help are you going to give?

‘It’s an extended period of time that is hurting them so much,’ he said.

Some restaurants may be ready to open now but will have to close their doors in six to 18 months from now due to mounting debt, he added.

‘People have taken on tonnes of debt, they’ll be operating at reduced capacity… when are people going to get their jobs back and disposable income back?

‘When are the 70 million tourists going to come back? When is the general public going to be comfortable eating and drinking out all the time?’ he said.

Despite his fears, he said the industry would eventually bounce back.

‘At the end of the day, the hospitality industry is the backbone of the city. The people that own the restaurants are incredibly entrepreneurial and resilient. I have no doubt we will come back,’ he said. 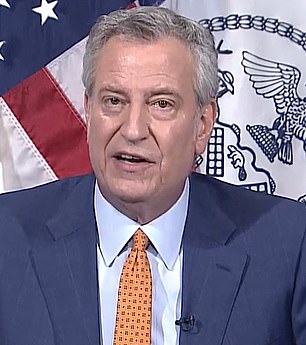 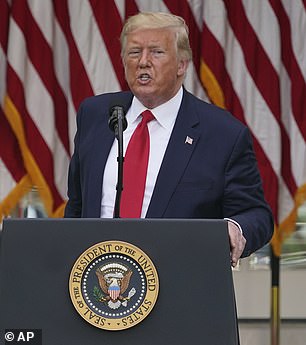 Both Andrew Cuomo and Bill De Blasio are refusing to reopen NYC and let people get back to work but are demanding money from the federal government for the services they run. On Wednesday de Blasio said it was Trump’s fault that NYC had lost $9billion and Cuomo demanded more money in the next stimulus bill for government-run services 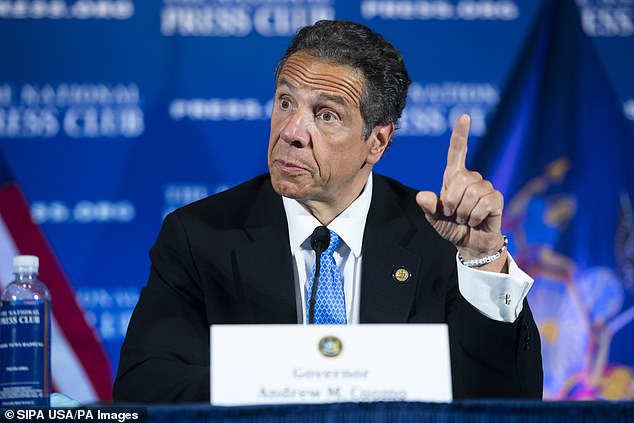