The former housekeeper for a New York socialite dubbed ‘the People’s Princess’ and her partner film producer is suing the couple, saying she was wrongfully fired after she became pregnant and they bullied her over her weight, saying she ‘must be having twins’.

She used to live in New York, where she was nicknamed the ‘People’s Princess’ and the ‘Rose of Shiraz’ by the media.

The former housekeeper of New York socialite Lilly Lawrence, 80, the daughter of oil magnate Reza Fallah, and partner film producer Douglas Banker has sued the couple for firing her after she became pregnant and making fun of her weight. Pictured together in September 2013 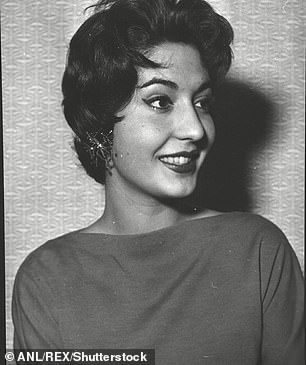 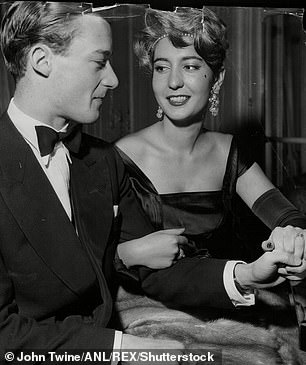 Lawrence is the daughter of Iranian oil magnate Reza Fallah and goddaughter of the late Aristotle Onassis, the billionaire shipping businessman who married Jacqueline  Kennedy following the death of President John F. Kennedy. She used to live in New York where she was nicknamed the ‘People’s Princess’ and the ‘Rose of Shiraz’ by the media. Pictured left and right in 1959 at the age of 20

Rodriguez was hired as a housekeeper by Lawrence and Banker, a US Marine Corporal and producer, in April 2018 and her hourly wage was $15, according to the lawsuit as per  NBC.

She said that in December 2018 she told the couple she was pregnant and her doctor told her to be careful in lifting heavy items.

She said Banker responded to her baby news by making fun of her and joking she ‘must be having twins’ given her weight.

He fired her in January 2019 after accusing her of poisoning their dog. 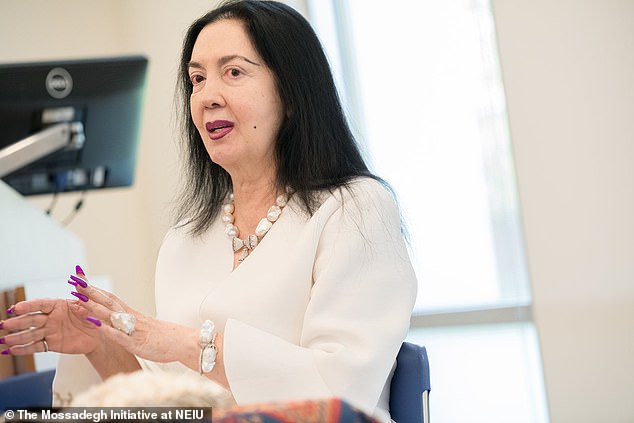 Lawrence pictured at Mossadegh Hall at Northeastern Illinois University in October 2019 where she delivered a presentation to students, faculty and staff speaking about her close relationship with the Kennedy brothers and Jackie Onassis 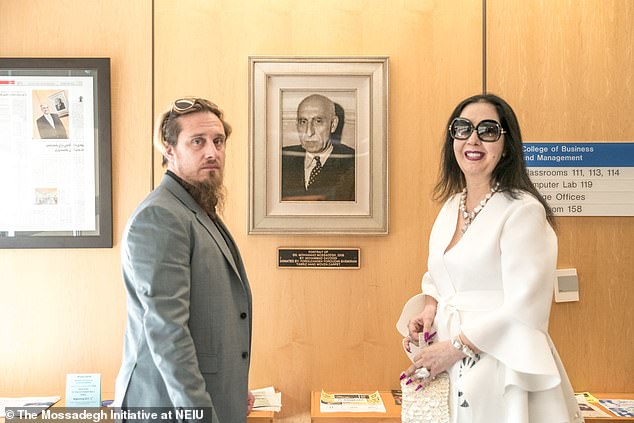 Lawrence pictured with Banker following her speech on the nationalization of oil while living in Abadan, Iran as a young person followed by the 1953 coup 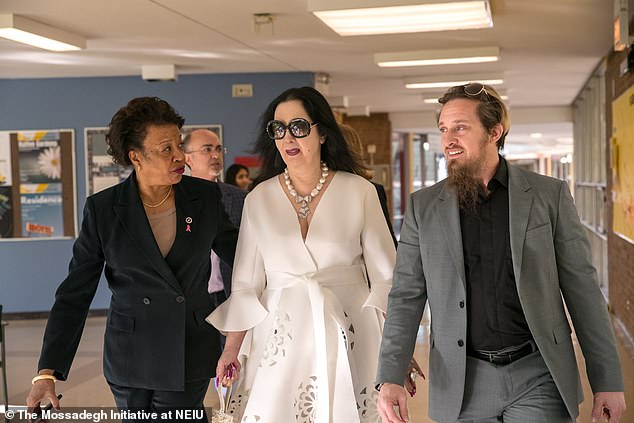 Lawrence and Banker pictured strolling through the campus in October 2019

Rodriguez states she believes she was actually fired because she was pregnant and asked for accommodations for her condition.

The lawsuit states that Banker and Lawrence failed to tell Rodriguez she was entitled to 10-minute work breaks for every four hours worked and she missed such rest periods about five times weekly.

She alleged she was not given all of the uninterrupted 30-minute meal periods she could have received.

Rodriguez is seeking unspecified damages in the case. 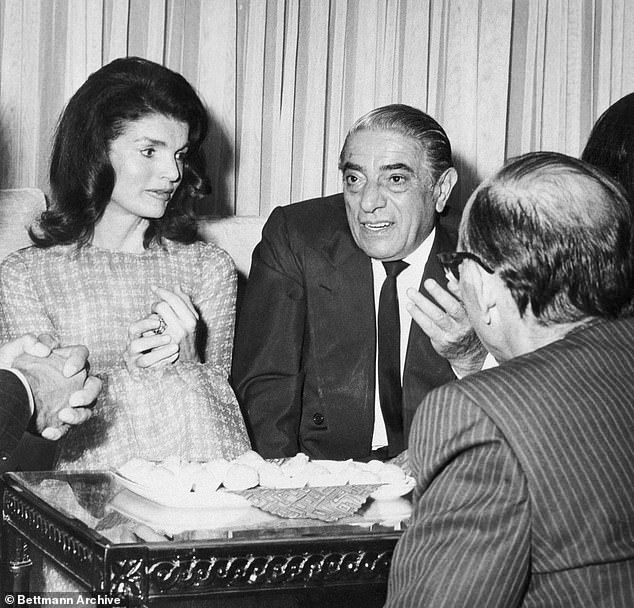 Lawrence is the goddaughter of Aristotle Onassis. Onassis and Jacqueline Onassis pictured at a party hosted by Dr. Reza Fallah (not pictured) in Tehran, Iran in May 1972 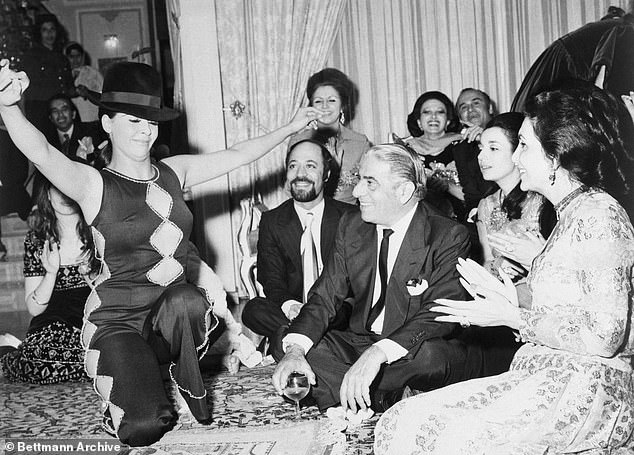 Dr. Reza Fallah through a glamorous party for Aristotle Onassis’ visit to Iran. Onassis pictured with guests as a dancer does a typical Persian cabaret dance in May 1972 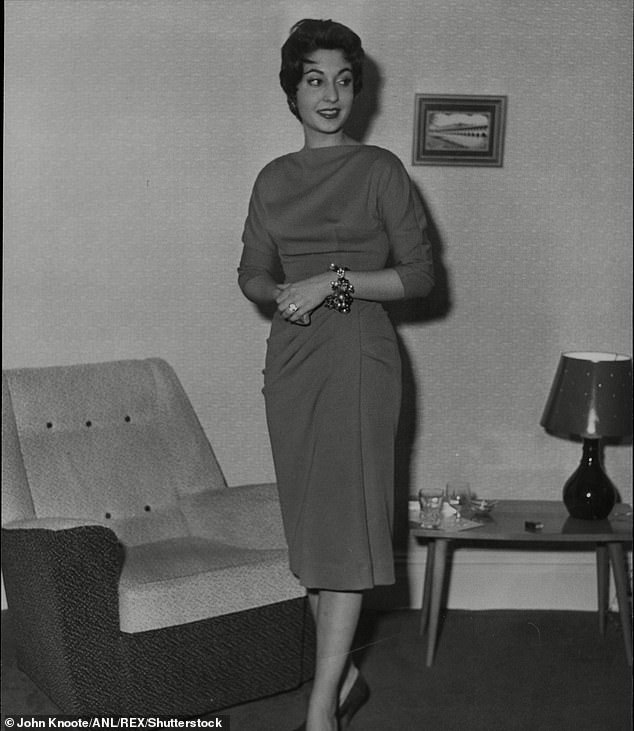 Lawrence is one of three daughters Reza Fallah, who served as deputy chairman of the National Iranian Oil Company from 1974 to 1979. Lilly Lawrence pictured in 1959

Lawrence is one of three daughters of Reza Fallah, who served as deputy chairman of the National Iranian Oil Company from 1974 to 1979.

Lawrence grew up in Abadan, Iran and later lived at the posh Essex House in Manhattan and later moved to Los Angeles. Today she dedicates her life to charity work.

Banker and Lawrence have been seen at glamorous bashes over the year in Beverly Hills.

In 2013 she threw a lavish fete for Douglas’ birthday where his military service was celebrated. 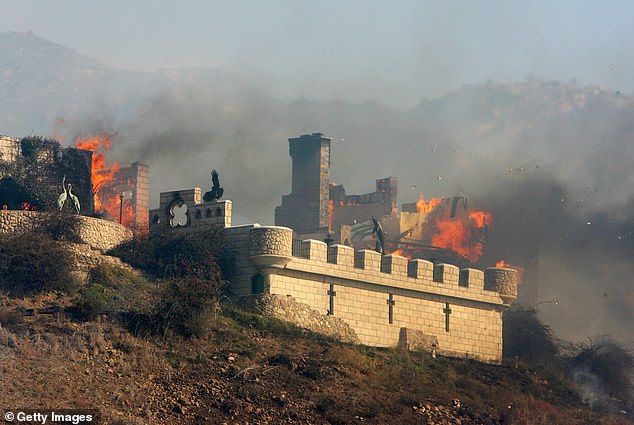 In 2007, Lawrence’s $17million Scottish castle-style mansion called Castle Kashan in Malibu burned down in a string of Southern California wildfires 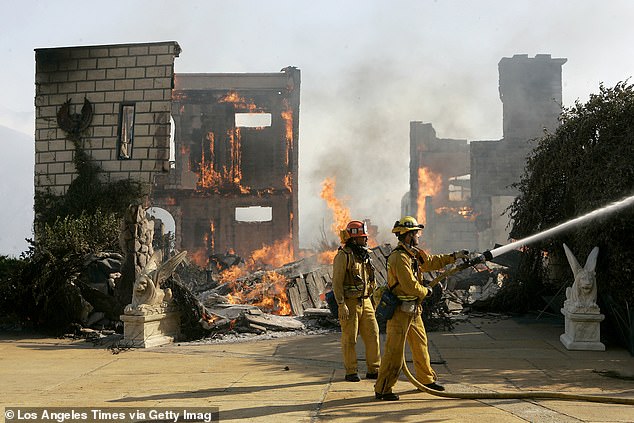 He served as commander of the reactionary guard force that secured 66 percent of the country’s nuclear weapons at the Naval Submarine Base in Bangor Washington, according to the Beverly Hills Courier.

He was later assigned to a Tactical Recovery of Airline Pilots platoon and later deployed as a first responder to evacuate personnel aboard the USS Cole following the bombing of the ship by Al Qaeda in Yemen.

In 2007, Lawrence’s $17million Scottish castle-style mansion in Malibu called Castle Kashan was burned down in a string of Southern California wildfires.