It’s not unusual to spot a famous person in New York City from time to time – but one woman’s celebrity encounter has earned a lot more attention than most, thanks to her not so stealthy photography skills.

Loiba Maria, a Brazilian jiujitsu trainer, according to Buzzfeed, was on the E train heading to Manhattan last week when she noticed an ‘unbelievably gorgeous’ man sitting across from her.

It turns out that man was Nyle DiMarco, 28, a deaf model, actor, and hearing impaired activist who in 2015, was the second male winner and the first deaf winner of America’s Next Top Model Cycle 22. He also won season 22 of Dancing With the Stars when he was partnered with Peta Murgatroyd. 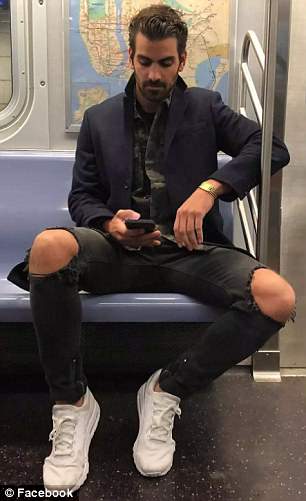 Stealth: Deaf model Nyle DiMarco, 28, took pictures of Loiba Maria, a woman who snapped photos of him on the E train last week 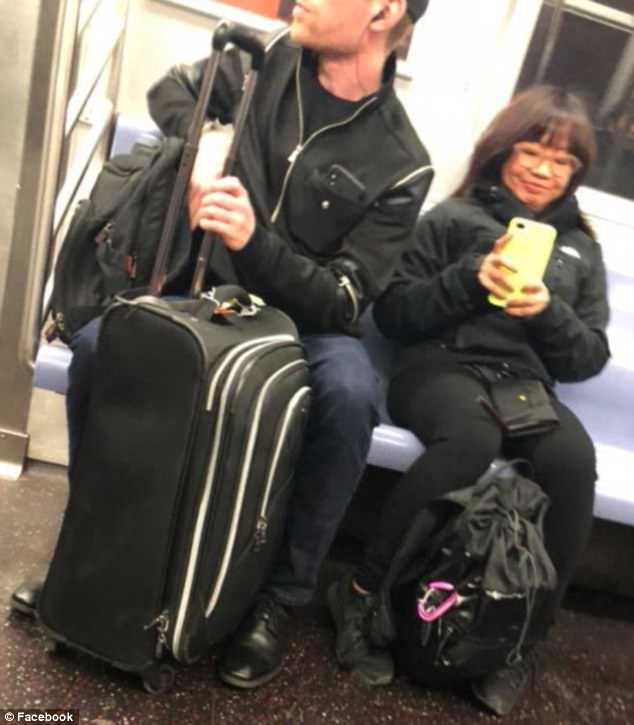 Busted: Loiba posted a picture of him she took on the train to his Facebook fan page where he, in turn, posted his own snap of her taking a photo of him

She said: ‘Rarely do you see a supermodel ride the subway train. I can tell he’s a fashion model because of what he was wearing.’

But despite looking familiar, Loiba didn’t know who he was at the time so she decided to discreetly take pictures of him as reference to figure out who he was later.

But luckily, over the weekend, she came across an article on her Facebook feed that featured him and she remembered watching his season on America’s Next Top Model.

And to make sure it was him, she posted a picture of him she took on the subway to his Facebook fan page, where she wrote: ‘I think I saw you on the E train last Sunday. If this is you, you are very handsome in person!’ 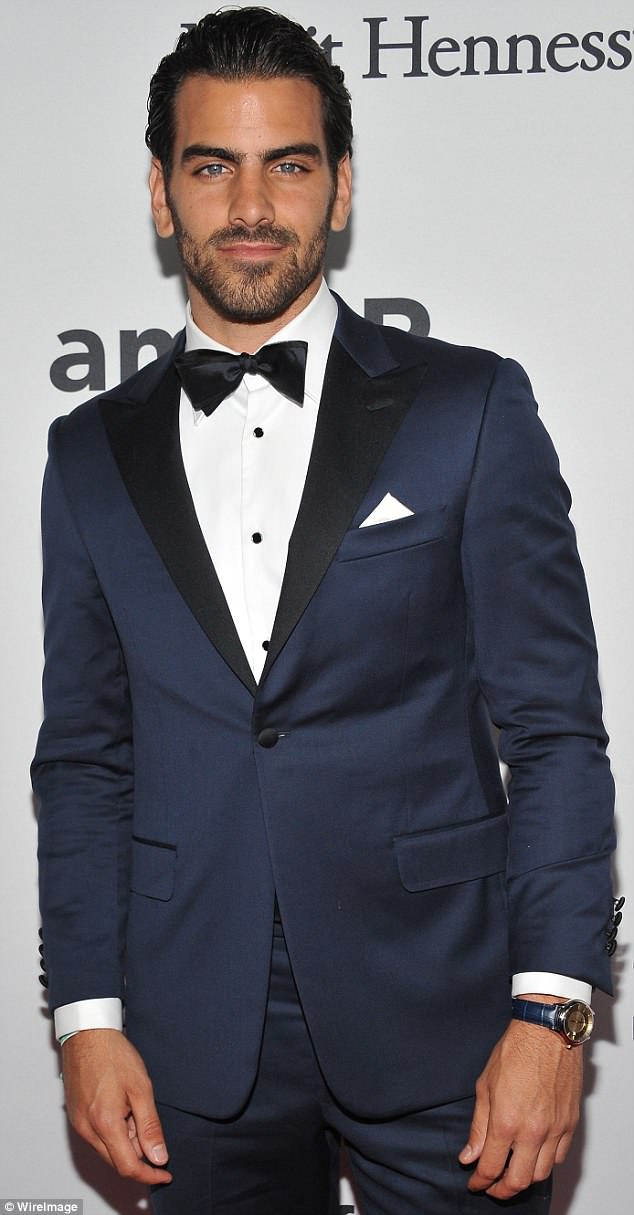 Attractive: Loiba said she first noticed Nyle because he is so ‘unbelievably gorgeous’ 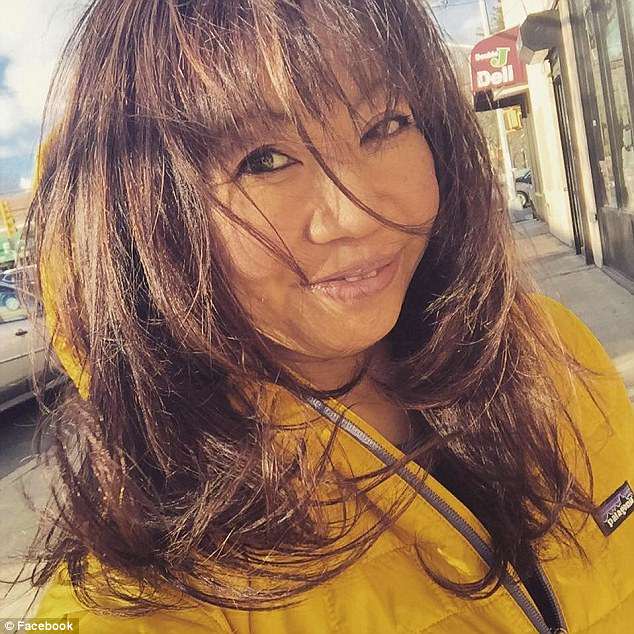 Familiar: Despite looking familiar, Loiba didn’t know who he was at the time so she decided to discreetly take pictures of him as reference

Handsome: Loiba posted on Facebook a picture of Nyle and told him he was very handsome in person

Gratitude: Nyle thanked her and sad that he knew she was taking photos of him on the train

But, the real news came a day later, when he responded to her post by hilariously calling her out with a picture he of her on the subway that day catching in the act of taking photos of him.

He wrote: ‘Yes I knew you were taking pics of me. Thank you love!’

Loiba didn’t know he was taking photos of her but Nyle said that he has ‘deaf eyes’, which makes him very alert to his surroundings.

He said: ‘I thought of Cole Sprouse always doing the same to people not discreetly taking pictures so I decided to pull a Cole Sprouse move.’

Relatable: One person tweeted ‘this woman is so me’ in response to the model’s post on Twitter

Happy: One person tweeted that he would have been on his knees asking Nyle to marry him

Calm and collected: Another person wondered how she was able to stay so calm during the interaction

But overall, Nyle thought their interaction was all in good fun and even told Buzzfeed that he would have liked to take a selfie with Loiba.

Fans of the model also loved their subway exchange and left hilarious comments on the Facebook posts that Nyle tweeted to his account.

One person said: ‘Lmao this interaction is so pure’ while another person wrote: ‘This woman is so me.’

Others commented on the encounter with what they would have done if they had saw Nyle on the train. One person said: ‘Omg, I would have been on my knees asking you to marry me (and you would have punched me, but I would’ve been happy.’ 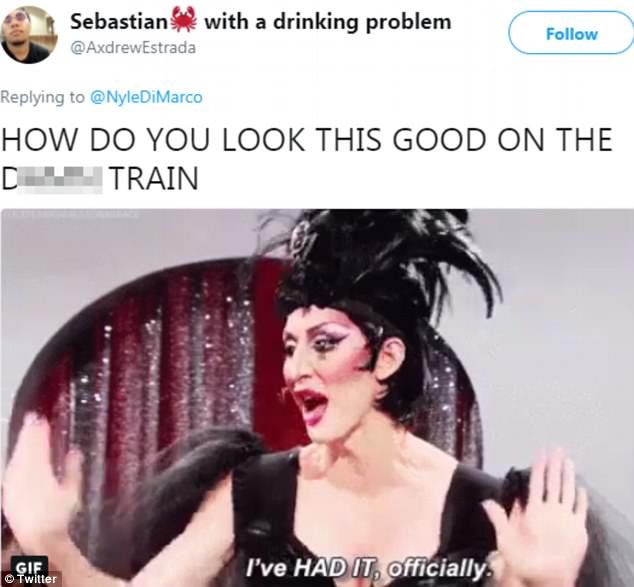 Looking good: Another person tweeted how it was possible for Nyle to look so good on the train

Heart attack: Another person shared that he would have had a heart attack if he saw Nyle on the train

Iconic: Whereas another person, although accurate, shared their thoughts in a short and simple tweet that said ‘this is truly iconic’

And another person tweeted: ‘How did she manage to stay so freaking calm.’

And another person tweeted their astonishment over the fact that someone could look so good on the train – even if he a model.

The tweet said: ‘How do you look this good on the d**n train’ while someone else wrote: ‘Oh my God if I saw you on the train I think I would genuinely have a whole heart attack.’

Whereas another person, although accurate, shared their thoughts in a short and simple tweet that said: ‘This is truly iconic.’

Hilarious: Someone shared this the encounter was the funniest thing he had seen in a long time 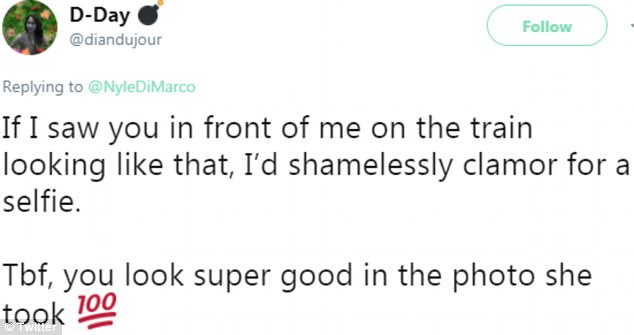 Let’s take selfie: Another person said that she would have shamelessly asked for a selfie if she saw him

Lose it: But the best tweet was from someone who said she would ‘lose it’ if she saw Nyle

And another person wrote how hilarious the encounter was in a tweet that said what the rest of the world was thinking.

It said: ‘This is the funniest thing I’ve seen in some time’ and another tweet said: ‘If I saw you in the front of me on the train looking like that, I’d shamelessly clamor for a selfie. Tbf, you look super good in the photo she took.’

And another person had the similar mindset and tweeted that she would have been ‘shook’ if she saw Nyle on the train.

She said: ‘If I ever saw you on the E train, I would lose it and you best bet all of the ASL I know would go down the drain because I’d be so shook’