Two New York City Police officers have been suspended on suspicion of failing to perform a welfare check on a 22-year-old pregnant woman who was later found dead in her Brooklyn home – and now her husband has been arrested in her death.

Tonie Nicole Wells, who according to multiple reports was eight months pregnant with her second child, was discovered unresponsive on Wednesday morning at the bottom of the staircase leading to the basement in a three-story home in Crown Heights, which she shared with her newlywed husband, Barry Wells, and their two-year-old daughter.

NYPD investigators believe that Mr Wells pushed his wife of just nine months down the stairs during a domestic dispute and then fled the scene, leaving their daughter with her mother’s dead body for an unknown period of time. 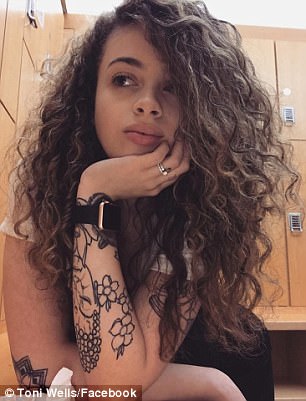 Husband caught: Barry Wells, 29 (seen left) has been arrested  in the death of his pregnant wife, 22-year-old Tonie Wells (pictured left and right) in Brooklyn on Wednesday 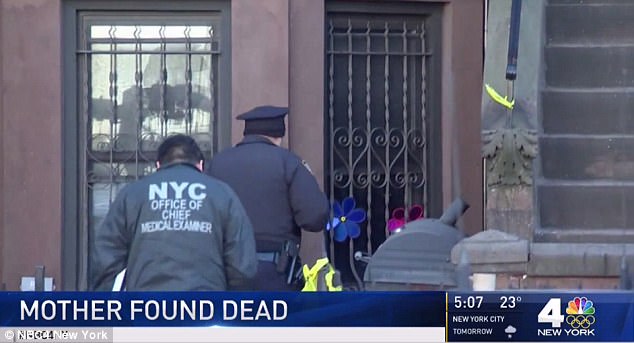 It was the toddler’s cries that alerted neighbors and eventually led to the grisly discovery, which was made just before 10am on Wednesday.

On Thursday, it was revealed that police were supposed to perform a welfare check on the 22-year-old woman at the request of her sister, who reportedly said that Tonie was scared of her husband, but the two cops who responded to the scene allegedly took off without ever getting out of their cruiser.

A spokesperson for the NYPD on Thursday confirmed to DailyMail.com that the officers in question have been suspended from duty and that the Internal Affairs Bureau was investigating the allegations against them.

The NYPD public information officer also confirmed the arrest of 29-year-old Barry Wells, saying that charges were pending against him, although he did not specify the criminal counts.

Tonie Wells had bruising to the neck and head, and it appears she may have been shoved down the stairs of her home near Sterling Place and Albany Avenue, police told reporters during a press conference. 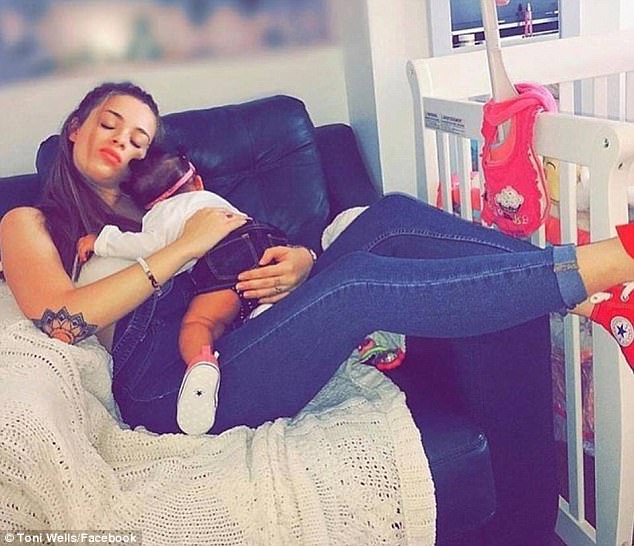 Wells (pictured with her daughter) had bruising to the neck, and it appears she may have been pushed down the stairs

Wells’ daughter was found on the basement steps of their brownstone by their neighbors who heard the crying child, according toNBC.

The neighbors then called 911. Wells’ daughter was not hurt, but it’s unclear how long Wells’ body was inside the house with the child.

‘Witnesses heard an argument and something falling down the stairs,’ a high-ranking police source told the newspaper, New York Post.

According to Tonie Wells’ Facebook page, she married Barry Wells in April of this year. 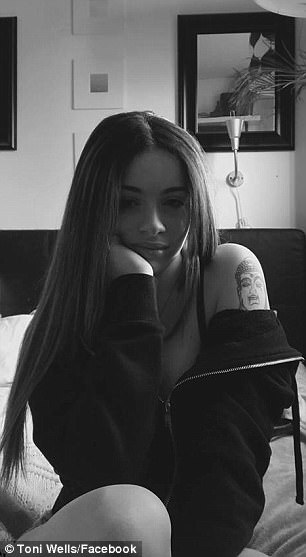 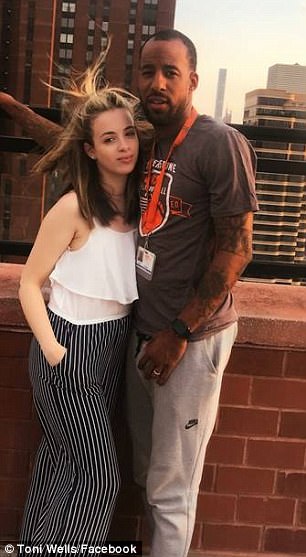 ‘It was him,’ Tonie Wells’ sister told the Daily News. ‘It wasn’t an accident. It was definitely him,’ the woman said referring to Wells’ husband.

‘They seemed like a nice family,’ Ruiz said of the couple, whose Facebook pages are both filled with photos of each other.

Police are reportedly aware of a social media post by Wells saying that she was eight-months pregnant.

Kemper said Wells had bruising on her neck ‘and it appears as if she was either pushed or fell down the flight of stairs leading to the basement’.

According to the Post, police have previously responded to a domestic incident at the home.

A medical examiner will determine the official cause of Wells’ death. The investigation is ongoing. 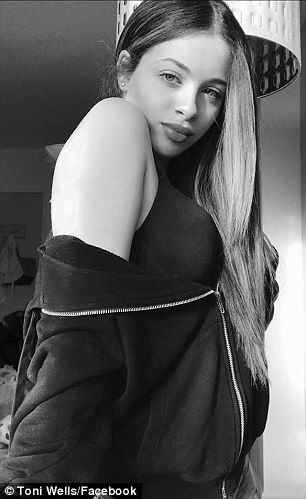 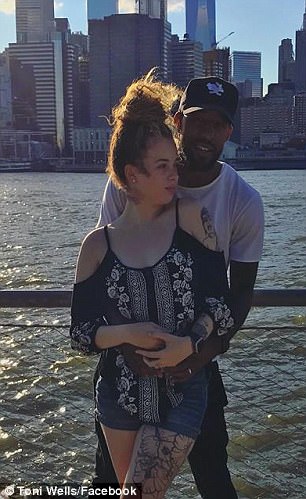 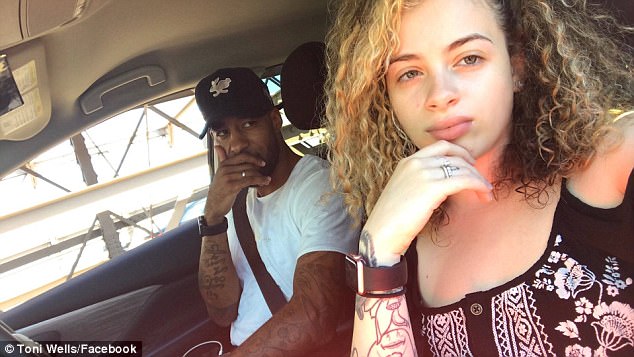 A medical examiner will determine the official cause of Wells’ death. The investigation is ongoing. Wells is pictured with her husband Barry Wells