Barack Obama has launched a scathing rebuke of Donald Trump during a series of private fundraisers for Joe Biden, criticizing the incumbent president’s ‘nativist, racist and sexist’ agenda.

Obama made his latest comments during a private virtual event he hosted for party donors alongside actor George Clooney on Tuesday evening, the New York Times reported.

During the event, where some tickets cost as much as $250k, the former president said fears of voter suppression and an effort by Trump to question the legitimacy of the election is keeping him up at night.

In urging his support for his former Vice President during similar events over the last few weeks, Obama also made mention of past accusations of Trump ‘assaulting women’, according to the Times.

In conversation with the billionaire governor of Illinois J.B. Pritzker, during that event he spoke out on the state of American democracy under the current administration, even making a loose reference to Nazi Germany. 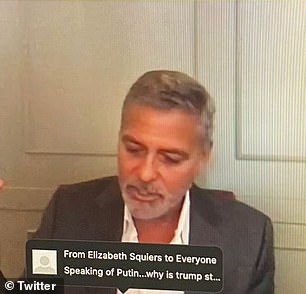 Former President Barack Obama launched a scathing rebuke of Donald Trump during a private virtual fundraiser for Joe Biden  with George Clooney this week, insisting the incumbent president’s questioning of the election’s legitimacy is keeping him up at night 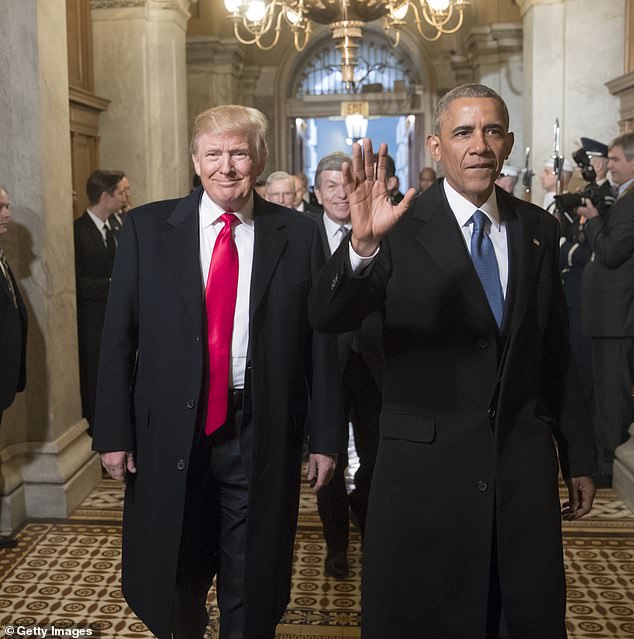 The former president also cited fears of voter suppression and an effort by Trump to question the legitimacy of the election as additional cause for his sleepless nights (Obama and Trump pictured together at his inauguration, January 2017)

Though since leaving office Obama has largely refrained from publicly criticizing his predecessor by name, with less than 100 days to go until the election, he has reportedly become considerably more caustic in private.

During his conversation with Pritzker, Obama spoke out about how Donald Trump has a support base that ‘filters out any contradictory information.’

‘It’s just glued to Fox News and Breitbart and Limbaugh and just this conservative echo chamber — and so, they’re going to turn out to vote,’ Obama said, according to the Times.

‘What he has unleashed and what he continues to try to tap into is the fears and anger and resentment of people who, in some cases, really are having a tough time and have seen their prospects, or communities where they left, declining. And Trump tries to tap into that and redirect in nativist, racist, sexist ways,’ he continued.

Obama also criticized Trump’s seeming obsession with the preservation of Confederate monuments during the coronavirus pandemic, calling it ‘his number one priority’ which ‘gives you a sense of what this is about’.

The former president warned that another four years of the Trump administration and its ‘darker impulses’ could have dire consequences in the long term.

‘The endpoint of that we saw in Europe 60 years ago, 70 years ago — what happens when those things get unleashed,’ he said, in a seeming opaque reference to Nazi Germany. ‘If you don’t nip that in the bud, bad things can happen. Among the most quote, unquote civilized societies.’ 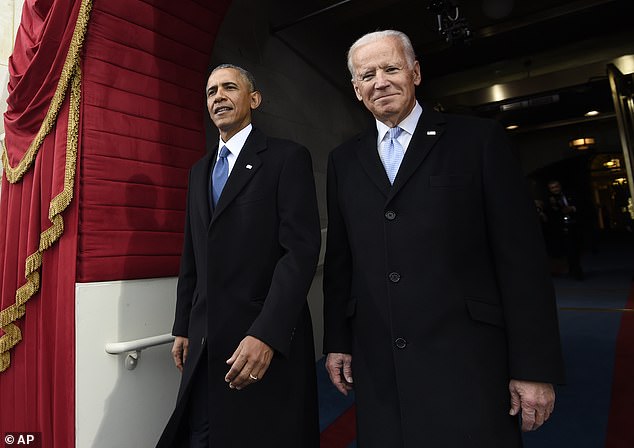 In two months of participating in fundraisers for Biden, Obama has raised approximately $24 million for the presumptive Democratic presidential nominee 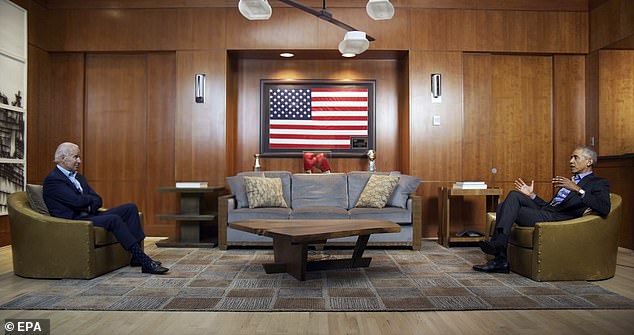 Obama has praised Biden’s character and hailed him as a future ‘great president’, apparently even pushing back against donors who have attempted to voice ‘constructive criticism’

Clooney, meanwhile, said this year’s election should be a simple choice for all those at the ballot box come November.

‘Like, this is easy,’ he said. ‘There’s two candidates here. One claims that our first Black president wasn’t a citizen, and the other was his vice president.’

During their event, Clooney and Obama also shared a number of humorous moments. Obama was routinely interrupted by a dog barking, while Clooney appeared to have the same problem, even accidentally muting himself on occasion.

According to event attendees, after the former president asked him a question, Clooney apologized for the barking and joked that his dogs ‘must be Tea Party members because every time you started talking about Obamacare’ the barking would start.

The two men also spoke about the difference in the way Trump has dealt with a varying degree of issues compared to that of Biden.

Clooney made the comparison that Biden clearly cares for and stands with the Black Lives Matter protests, while Trump has decried the unrest calling it the work of ‘terrorist organisation’ Antifa.

Billed as a virtual conversation between Clooney and Obama, the event sold out all tickets ranging from $250 per person all the way up to $250,000. 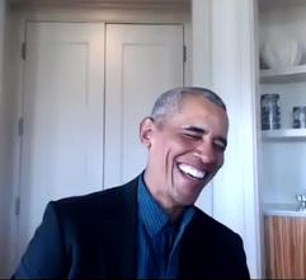 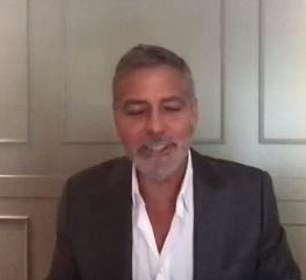 Clooney and Obama also shared a number of humorous moments. Obama was routinely interrupted by a dog barking, while Clooney appeared to have the same problem, even accidentally muting himself on occasion 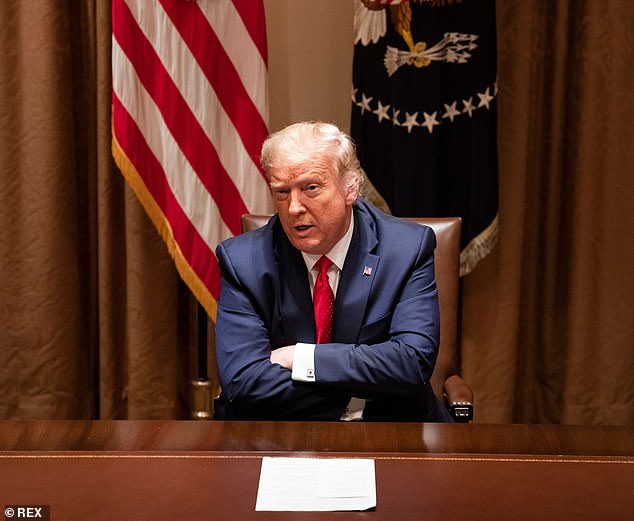 In urging his support for his former Vice President in similar events this week, Obama also made mention of past accusations of Trump ‘assaulting women’, according to the Times

Despite leaving office nearly four years ago, Obama remains one of the Democratic Party’s most prolific figures in helping to draw in both large and small contributors alike.

In two months of participating in fundraisers for Biden, Obama has raised approximately $24 million for the presumptive Democratic presidential nominee.

Across a number of his other fundraising efforts Obama has routinely accused Trump of stoking hate and fear.

During a separate event with LinkedIn Founder Reid Hoffman, Obama called out Trump for stoking an ‘anti-Asian sentiment’ when he referred to coronavirus as the ‘kung flu’ and ‘Chinese virus’.

‘That still shocks and pisses me off,’ Obama said of the comments, adding that he hoped the seriousness of what he was saying was resonating through the screen.

‘We already saw this guy win once,’ he said. ‘After he bragged about physically assaulting women — and that didn’t seem to matter. So, enough said. Let’s get to work.’

Obama has praised Biden’s character and hailed him as a future ‘great president’, apparently even pushing back against donors who have attempted to voice ‘constructive criticism’, according to the Times.

‘We have a worthy candidate and we have a worthy platform,’ Obama said in one such conversation. ‘But you know what, let’s not be so sophisticated that we are constantly finding reasons why this isn’t good enough or the candidate’s not doing this or the campaign seems to not be getting that quite right.’