Former president Barack Obama said he believes social media platforms including Facebook need to look into their business models because of how they can be abused by the likes of ISIS and neo-Nazis.

In an hour-long speech at the Sloan Sports Analytics Conference at MIT on Friday, Obama also addressed the role of websites like Google and Twitter in subverting democracy.

His remarks were kept off-the-record by the hundreds of people who attended, but in an audio recording obtained by Reason, it emerged Obama called on social media platforms to ‘recognize they are a public good as well as a commercial enterprise.’

Describing the sites as a ‘hugely powerful potential force for good,’ he added: ‘What’s also true is that our social media platforms are just a tool.

‘I do think the large platforms – Google and Facebook being the most obvious, Twitter and others as well, are part of the ecosystem – have to have a conversation about their business model that recognizes they are a public good as well as a commercial enterprise.

‘They’re not just an invisible platform, they’re shaping our culture in powerful ways.’

Obama also addressed how Americans today live in ‘different realities’ where they not only have ‘different opinions, but different facts.’

And it isn’t just the spread of fake news by Russian-inspired bots, he said, but media organizations like Fox News and The New York Times editorial page that ‘do not describe the same thing.’ 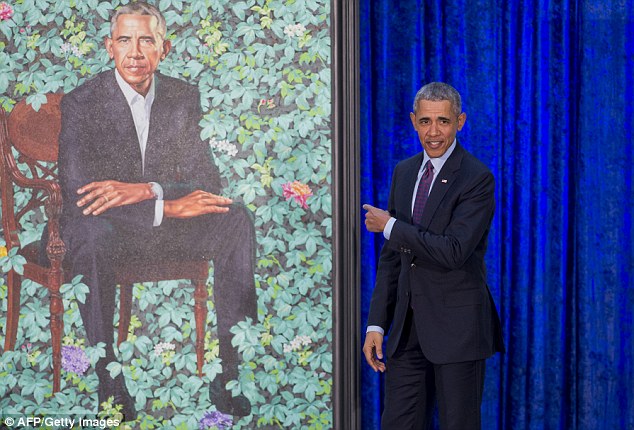 Obama also addressed how Americans today live in ‘different realities’ where they not only have ‘different opinions, but different facts.’ Pictured, Obama at his official portrait unveiling earlier this month

‘If you look at these different sources of information, they do not describe the same thing.

‘In some cases, they do not even talk about the same thing – and so it is very difficult to figure out how democracy works over the long term in those circumstances.’

Without mentioning his successor in the White House by name, Obama also noted that some governments, such as in China, decide what views can be aired.

‘But that’s not who we are, and that’s not the society I want to live in.’

The former president also touched on the issue when speaking about climate change – saying that while it’s one thing to dispute how the issue can be tackled, it’s another to deny the science behind it.

‘You and I can have an argument about climate change in which you conclude ‘we’re not going to stop the Chinese and the Indians from burning a bunch of coal, it’s gone on for a pretty long time, we’re just going to have to adapt, and maybe we’ll invent some new energy source in the nick of time, and that’s why I’m opposed to the Paris Accords,” he said. 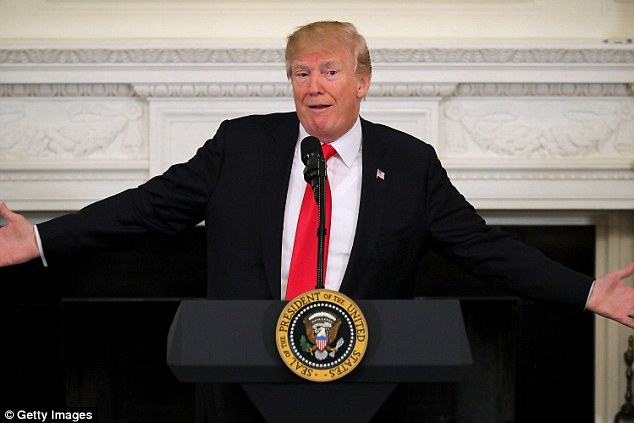 In thinly-veiled hit a Donald Trump, Obama noted that his administration went eight years without a major scandal

‘I’ll come back and say ‘well no it just turns out if we just invest in some smart technology and we create a smart regulatory framework that incentivizes investment in clean energy, we can actually solve this problem now, and if we don’t it’s going to be catastrophic.”

Then, referencing Senator Jim Inhofe’s stunt from two years ago, he said: ‘I can’t have that same debate with somebody who just holds up a snowball in the middle of the Senate chamber in winter and says, ‘look there’s no climate change because it’s snowing!’

‘Which happened by the way. I didn’t just make that up.’

Obama issued another thinly-veiled insult at Trump when he noted that his White House survived eight years without a major scandal.

‘We didn’t have a scandal that embarrassed us,’ he said, adding that while his staff made mistakes, none of it was major.

‘I know that seems like a low bar,’ he added, prompting laughter.