Joe Biden’s campaign released an ad this week with excerpts from a 2017 Barack Obama speech praising the presumptive Democratic nominee’s character as the former president prepares to endorse his vice president on the third night of the Democratic Convention Wednesday night.

‘Through his life, he has never once forgotten the values and moral fiber that made him who he is,’ Obama says. ‘The best part is, he’s nowhere close to finished.’

The excerpts from the January 2017 speech were added as a string of voice overs as black and white images of Biden throughout his life flashed across the screen. The particular remarks were from when Obama was honoring Biden as he presented him with the Presidential Medal of Freedom just days before leaving office.

Biden’s campaign will air the one-minute ad with Obama showering commendation on his former No. 2 ahead of the convention Wednesday night, where the former president will deliver remarks as the headline speaker.

The nationwide ad, titled ‘Who He Is,’ is part of the campaign’s $24 million paid media program this week. 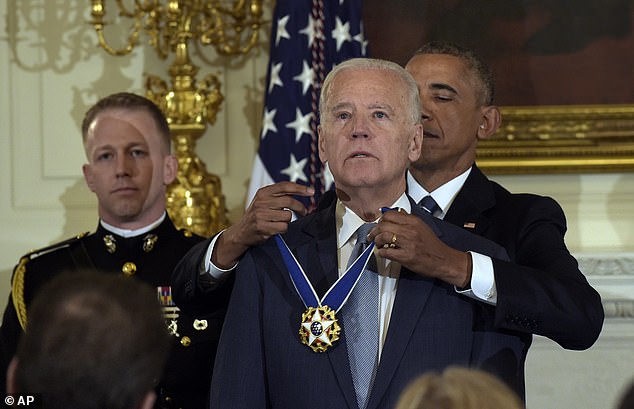 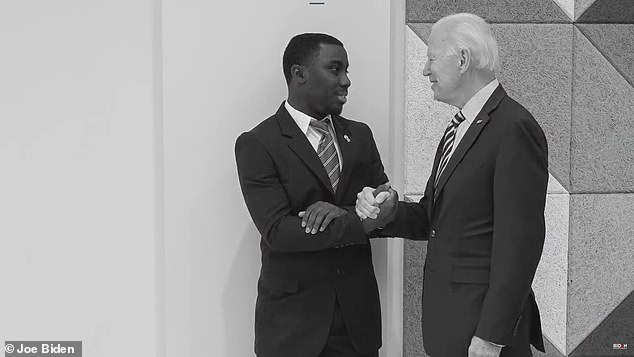 Throughout the ad, part of the Biden campaign’s $24 million buy this week, black and white images are flashed across the screen showing the presumptive Democratic nominee’s humanity and connection with supporters 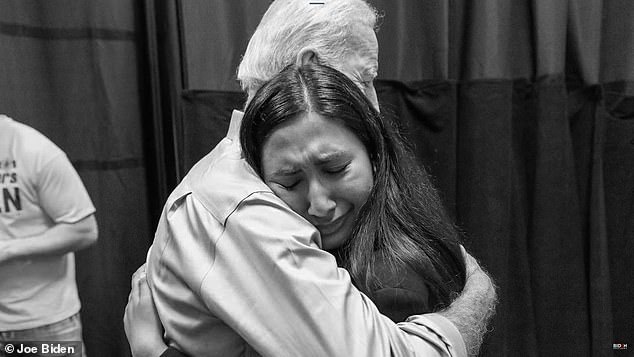 ‘Through his life, he has never once forgotten the values and moral fiber that made him who he is,’ Obama says in the ad. ‘The best part is, he’s nowhere close to finished’ 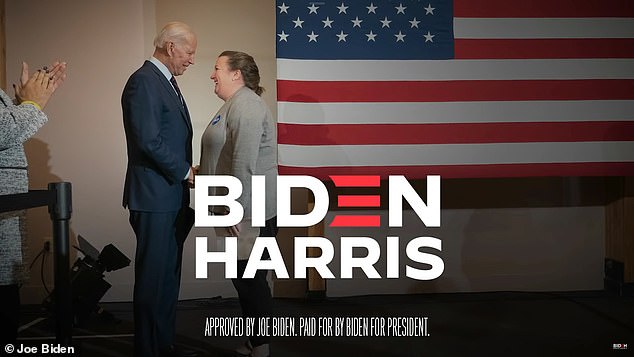 His remarks will follow a speech from California Senator Kamala Harris, who is joining Biden’s ticket as his running mate, and close out the third night of the convention.

Obama’s wife, former first lady Michelle Obama, was the headline speaker on Monday night – and many think her speech will be the most watched other than Biden’s acceptance speech on the final night of the convention on Thursday.

The ad released this week brings light to Biden’s stutter as the candidate has spoken about his issues with the speech impediment on the campaign trail as he was attacked for a string of gaffes.

‘When Joe sticks up for the little guy, we hear the young boy who used to stand in front of the mirror determined to vanquish a debilitating stutter,’ Obama said as images of Biden as a young boy showed on screen.

Obama praised Biden as ‘a resilient and loyal and humble servant.’

Also speaking on Wednesday to endorse and make their case for a Biden presidency are Massachusetts Senator Elizabeth Warren, who was once among the top competition in the Democratic primary – she was also considered among the short list of those who could become his running mate.

Singers Jennifer Hudson and Billie Eilish, who at 18 will be able to vote in her first presidential election in November, will serve as the musical entertainment for the night.

While it is unclear what the focus of Obama’s remarks Wednesday will be, his wife’s speech just two days earlier spent more time lambasting President Donald Trump than endorsing Biden.

She said in her prerecorded remarks on Monday that Trump is ‘the wrong president’ for the U.S. and said he is ‘clearly in over his head.’

Trump clapped back on Tuesday, excoriating her for being in over her head in making the speech and criticizing her for taping it ahead of time.