Professional golfer Jordan Spieth has revealed how former President Barack Obama told him aliens were real to rattle him during a round of golf.

The former president launched into the unnerving spiel on the seventh hole of a Dallas golf course earlier this month, Spieth said Thursday on The Late Show With James Corden.

The 2015 Masters Tournament champion had asked Obama about the presidency.

‘He goes through this incredible spiel and right before he goes up to hit his putt he goes, “And you won’t believe what the aliens look like”,’ Spieth recalled.

‘He goes, ‘They’re freaking crazy looking.’ And then he walks up, makes his putt, turns back, walks off the green, leaves it at that and gives me a wink,’ the former world number-one ranked pro continued.

The ex-president’s trash talking apparently worked, with Obama winning with a walk-off putt on the final hole. 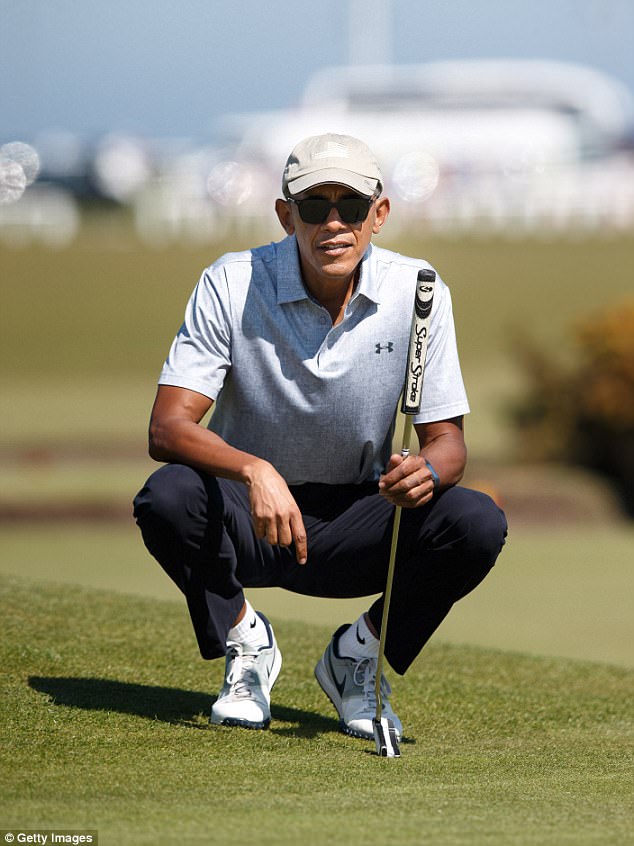 Obama has been known to joke about the existence of extraterrestrials in the past.

In 2015, he appeared on Jimmy Kimmel’s late night show, where Kimmel asked if he had tried to get to the bottom of the ‘UFO files’ about Area 51.

‘The aliens won’t let it happen,’ Obama joked. ‘You’d reveal all their secrets. They exercise strict control over us.’

Kimmel protested that President Bill Clinton once said he’d checked on the matter and found nothing.