Pro-Palestinian students at a small Ohio college set up a makeshift memorial for the 34 people, including leading Islamic Jihad militant Bahaa Abu el-Atta, killed by Israeli air strikes in the Gaza Strip earlier this month.

The students say the dead Palestinians were unarmed civilians, but Israel says that most of them belonged to Islamic Jihad, an organization considered by the United States and other Western governments to be a terrorist movement.

Oberlin Students for a Free Palestine posted two images of the memorial on its Facebook page on Thursday.

A makeshift memorial created by pro-Palestinian students at Oberlin College in Ohio paid tribute to 34 Palestinians killed by Israel, most of whom are said to have been members of the Islamic Jihad terrorist group 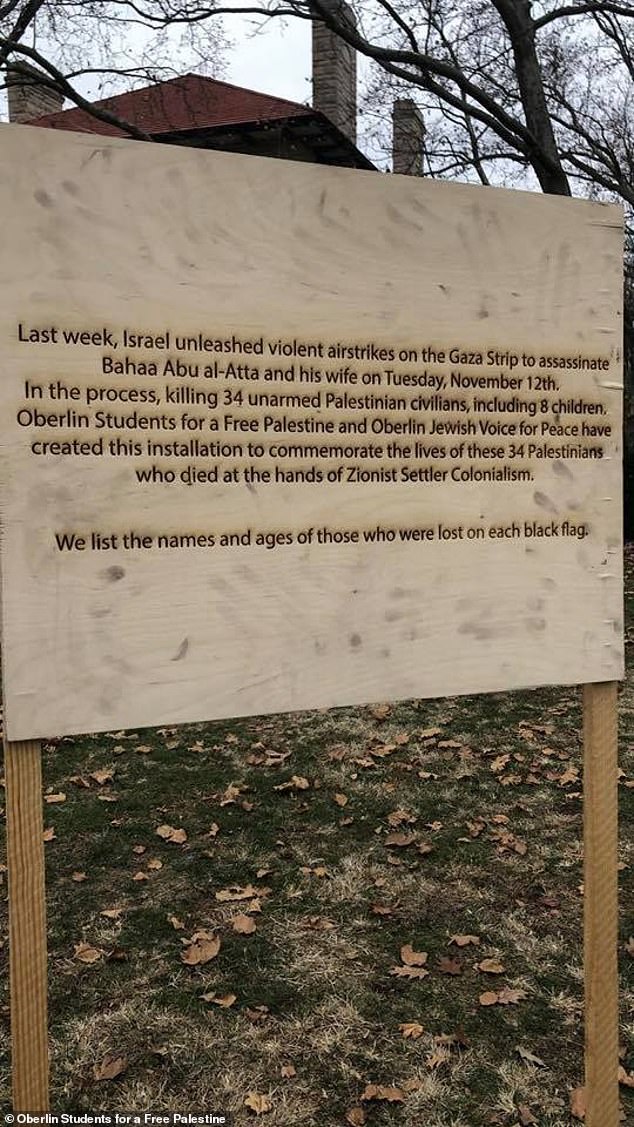 The memorial, which was erected by Oberlin Students for a Free Palestine and Oberlin Jewish Voice for Peace, said the Palestinians ‘died at the hands of Zionist Settler Colonialism’

It shows 34 small black flags planted on the lawn of a campus building.

The small flags, which appear to bear the names of each of the Palestinians killed, are overshadowed by a large flag of the Palestine Liberation Organization.

A wooden sign is posted nearby which reads: ‘Last week, Israel unleashed violent airstrikes on the Gaza Strip to assassinate Bahaa Abu al-Atta and his wife on Tuesday, November 12th.

‘In the process, killing 34 unarmed Palestinian civilians, including 8 children.

‘Oberlin Students for a Free Palestine and Oberlin Jewish Voice for Peace have created this installation to commemorate the lives of these 34 Palestinians who died at the hands of Zionist Settler Colonialism. 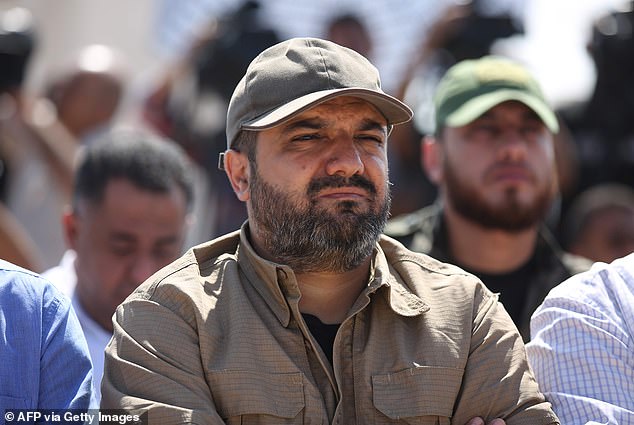 ‘We list the names and ages of those who were lost on each black flag.’

Jewish Voice for Peace is an organization comprised of American Jews who are opposed to Zionism – the Jewish nationalist political movement that established the modern State of Israel.

DailyMail.com has reached out to both Oberlin Students for a Free Palestine and Oberlin Jewish Voice for Peace seeking comment.

Oberlin College is a small private liberal arts college in Oberlin, Ohio. It is considered one of the more progressive campuses in the country.

A spokesperson for the school emailed a statement to DailyMail.com saying that the students who put up the memorial do not speak for the college.

‘Oberlin College is aware that an installation on campus last week by two student groups offended some members of our large and diverse community,’ the statement read.

‘The installation was in Wilder Bowl for a few days and then removed.

‘Oberlin students, like all citizens, are entitled to their own thoughts and expressions and are individually accountable for how they engage in public discourse.

‘Students do not speak for the college, and the college does not dictate the views of its 2,850 students.

‘The opinions presented by the installation were solely those of the student groups that created it and do not represent the views of Oberlin College.

‘We actively work with our students, faculty, staff and alumni to build upon Oberlin’s deep commitment to Jewish life and scholarship.

‘This year, through a reimagining of programming and reallocation of resources, Oberlin’s Jewish Studies program is experiencing a renewal with new faculty, programming, and a shared program in Hebrew with the Ohio State University.’

The attack was a resumption of pinpointed targeting that ignited a fierce round of cross-border violence with Palestinian militants.

Minutes after the Iranian-backed group confirmed the death of the commander at dawn, barrages of rockets could be heard fired toward southern Israel from Gaza.

The Islamic Jihad said Abu el-Atta, 42, was undergoing ‘a heroic act’ when he was assassinated. 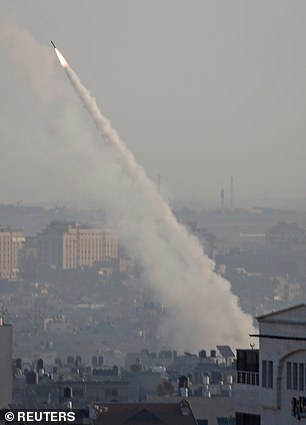 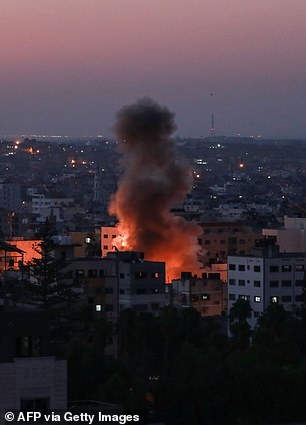 The Israeli attack prompted Palestinian militant groups to respond with rocket barrages against Israeli towns and cities. Israel then conducted air strikes. Both sides agreed to a ceasefire after two days of cross-border attacks

Hundreds of rocket launches by Palestinian militants had paralyzed much of southern Israel and reached as far north as Tel Aviv, sending entire communities to shelters.

Dozens of Israelis were hurt.

Israel retaliated against the Palestinian rocket barrages with air strikes against targets in Gaza.

Gaza medical officials put the death toll from the two days of fighting at 34 Palestinians, almost half of them civilians, including eight children and three women.

The two sides declared a halt to hostilities, though a lasting ceasefire remains elusive.

Hamas, Gaza’s dominant faction, appeared to have stayed out of this round of fighting. That may have helped stem escalation.

Gazans are seeking to end years of an Israeli-led blockade. Refugees from the 1948 war of Israel’s founding and their descendants make up most of the 2 million Palestinians in Gaza and want the right to return to their families’ former lands.

Israel rejects that as demographic suicide and sees no means of making peace as long as Hamas and Islamic Jihad are armed.