Children infected with the novel coronavirus who are overweight or obese are more likely to be critically ill, a new study looking at 50 patients suggests.

What’s more, obese children were three times more likely to need to be placed on a ventilator than children with average weights.

A new study found that 67% of obese coronavirus pediatric patients were placed on the breathing machines compared to 20% of non-obese kids. Pictured: Jayden Hardowar, eight, from New York, who is not obese, was placed on a ventilator last month 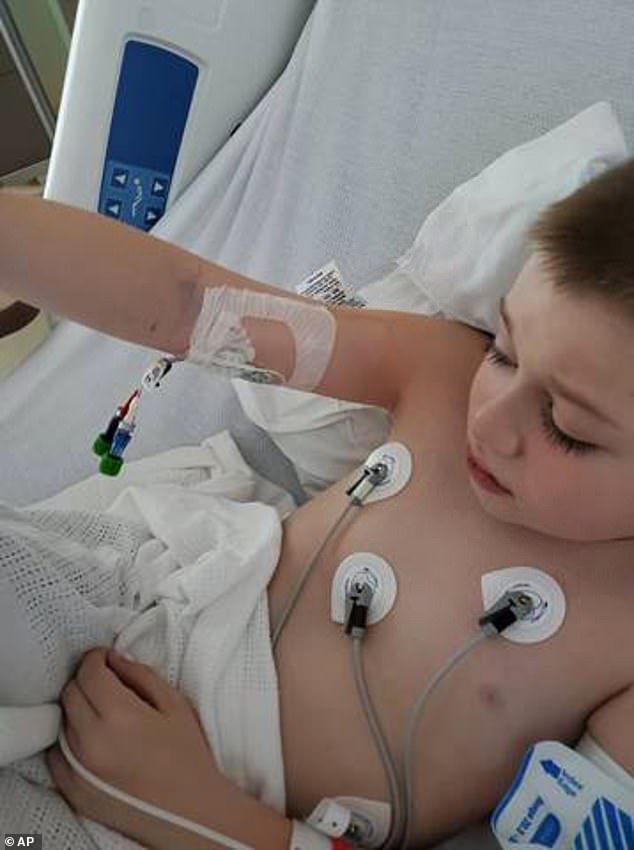 About 60% of obese pediatric patients with coronavirus were characterized as having ‘severe disease’. Pictured: Bobby Dean, nine, from Rochester, New York, was hospitalized with coronavirus this year

The median time from the development of symptoms to hospital admission was about two days.

However, it was longer for adolescents (four days) compared to younger children and infants (one day).

The majority of patients – 80 percent – had fever or respiratory symptoms, but three patients only had gastrointestinal symptoms when they were diagnosed.

Obesity and being overweight, 19 out of the 50 patients, was the most chronic health condition among the children.

Researchers found that children with obesity who were older than than age two were three times more likely to be put on a ventilator.

About 67 percent of obese kids were placed on the breathing machines compared to 20 percent of non-obese kids.

Several earlier reports have found that being overweight is a major risk factor for people sick with coronavirus.

A study of the 2009 H1N1 flu pandemic, found that obese people were twice as likely to be hospitalized compared with the state population.

This means that obese people diagnosed with COVID-19 could put an even further strain on already overwhelmed hospitals. 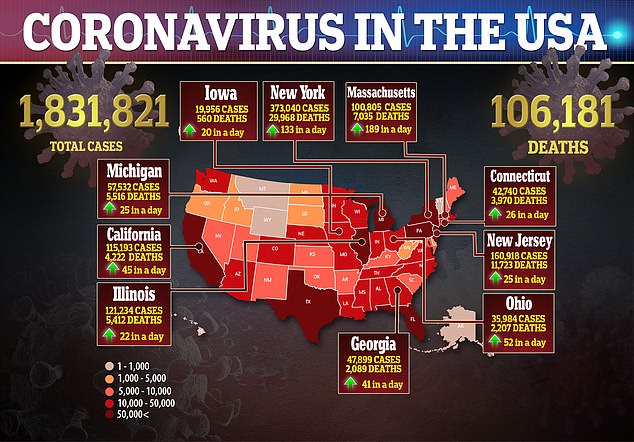 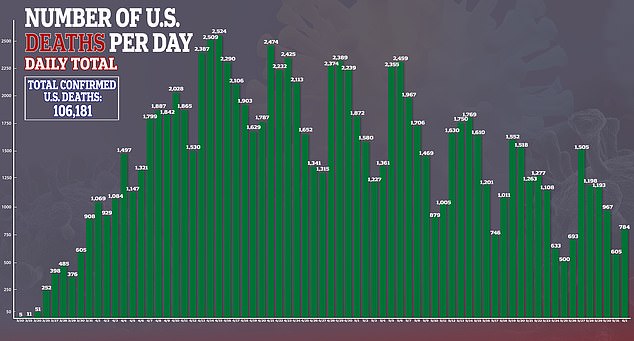 Additionally, a recent study from the University of Michigan School of Public Health found that obese adults who become infected with the flu are not only at a greater risk of severe complications, but remain contagious longer.

This means that obesity is tied to an increased risk of flu transmission, and likely holds true for COVID-19, the disease caused by the new virus.

‘The significance of obesity as an independent risk factor for severity is now being increasingly described in adult studies of COVID-19, so it was interesting that many of the hospitalized patients in this study had obesity and/or overweight,’ the authors wrote.

‘Obesity was the most significant factor associated with mechanical ventilation in children [two] years and older.

In the US, there are more than 1.8 million confirmed cases of the virus and more than 106,000 deaths. 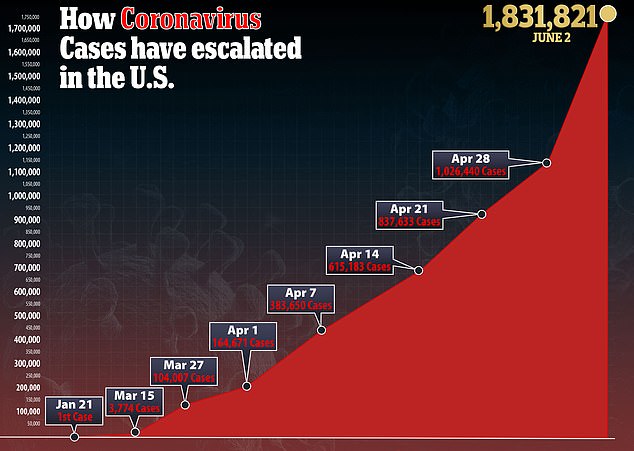