A clinically obese woman has shed a whopping 150lbs in two years after stepping on the scale and learning she weighed more than 300lbs.

Bri Blank, a 25-year-old from Connecticut, was overweight her entire life. Although she was pre-diabetic and struggled with sleep apnea, she never felt compelled to diet or exercise until she weighed herself out of the blue in January 2012.

‘I saw a number I never, ever wanted to see: I weighed 306lbs,’ she told Today. ‘At that moment, I knew I needed to change my lifestyle — not for anyone else, but for myself and my health.’ 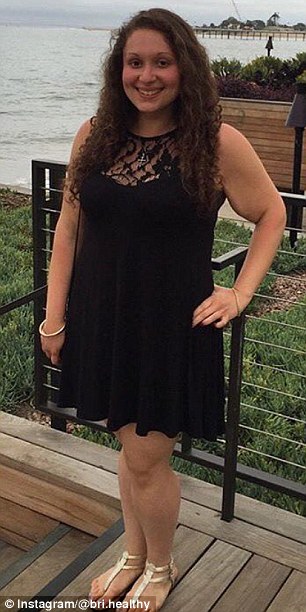 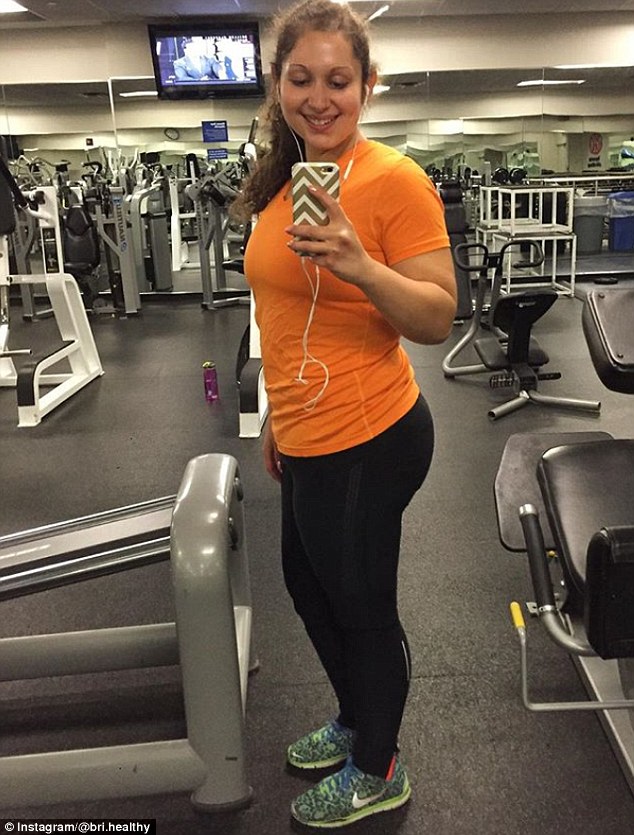 Celebration: Bri has kept the weight off for nearly five years after developing a passion for fitness and nutrition

Struggles: Before the she lost the weight, Bri was pre-diabetic and suffered from sleep apnea

‘I knew I was overweight, but I never really cared,’ she explained. ‘I had lots of friends and a loving family. I was a happy person despite my size and the health issues I experienced.’

In addition to being pre-diabetic and suffering from sleep apnea, she had trouble squeezing into school desks and booths at restaurants.

‘I even got kicked off my favorite theme park ride in front of my classmates because the seat belt wouldn’t fasten,’ she confessed. 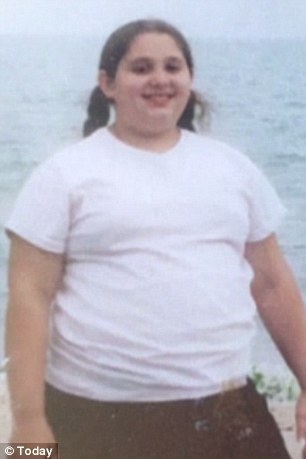 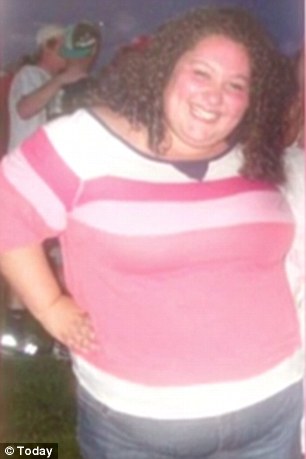 Making a change: Bri explained that she had been overweight her entire life 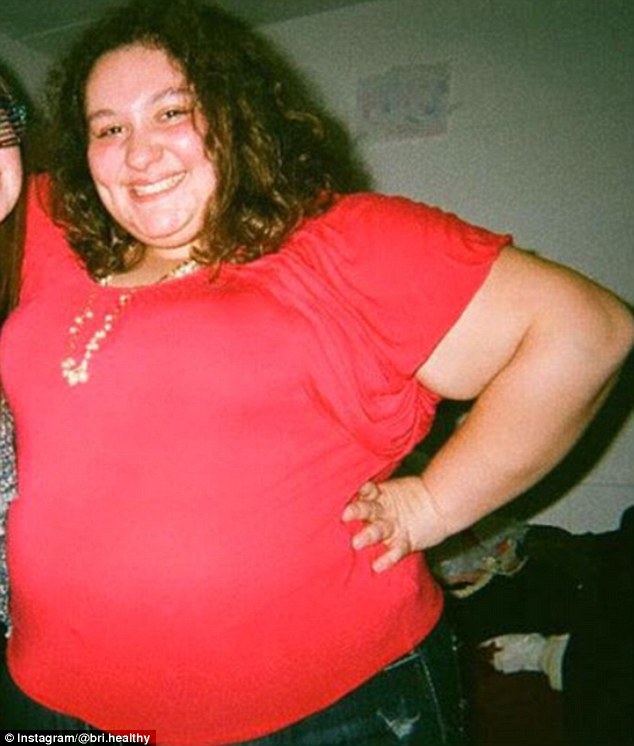 Struggles: Although Bri said her weight didn’t really bother her, she recalled getting kicked off a theme park ride in front of my classmates because the seat belt wouldn’t fasten

Then and wow: Bri decided to lose weight once and for all after she stepped on a scale in 2012 and realized she weighed over 300lbs

Bri was a student at the University of Rhode Island when she realized her weight had crept up to 300lbs.

The shock inspired her to start researching healthy foods she could eat at her college’s dining hall while counting her calories.

Bri lost 50lbs in four months from just healthy eating alone, and when she went home for summer break after her sophomore year, she began to exercise and cook meals for herself.

In a little under two years, Bri lost 150lbs — half of her body weight — from following a healthy diet and exercising. 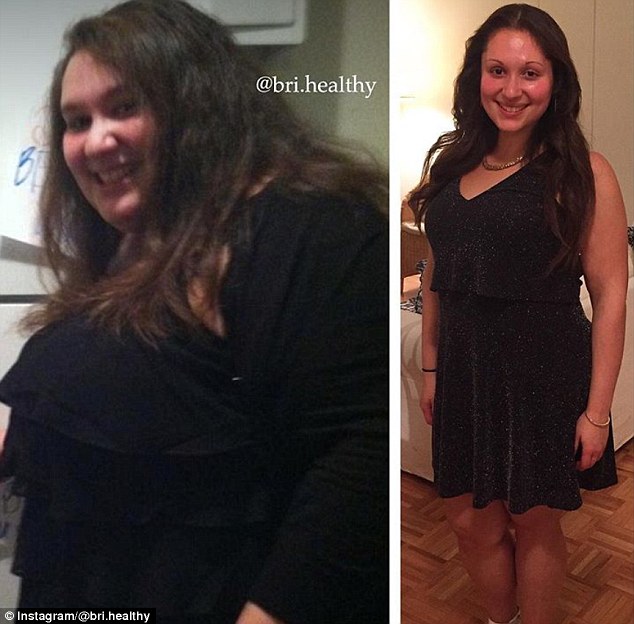 Start of it all: The shock inspired her to start researching healthy foods she could eat at her college’s dining hall while counting her calories

‘I always felt beautiful, but now it truly shines through,’ she said.

Bri appeared on the Today show on Monday morning in celebration of her being inducted into nutritionist Joy Bauer’s Joy Fit Club.

Joy showed the audience the meals Bri used to eat when she was consuming about 3,000 calories per day.

‘I just loved to eat. It wasn’t even about hunger,’ she admitted. ‘I don’t even think I ever felt hunger.’

Amazing: By October 2013, Bri had lost a total of 150lbs thanks to her healthy diet and exercising regimen 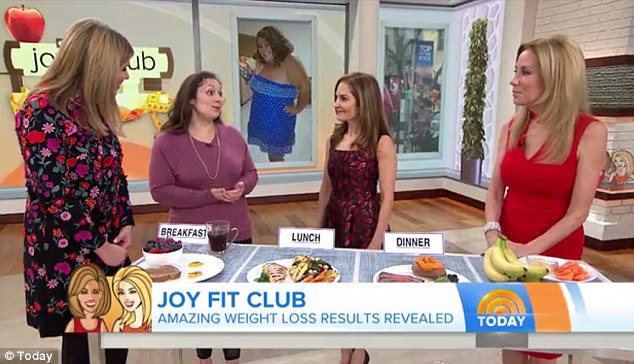 Paying tribute: Bri was inducted into nutritionist Joy Bauer’s Joy Fit Club and appeared on the Today show Monday in celebration of her weight loss

Bri now eats plentiful, yet healthy meals that help fuel her body for her workouts, and she often shares photos of what she is eating with her 13,000 Instagram followers.

She also posts healthy recipes on her blog, Bri Healthy, as her dream is to help others live a healthy lifestyle.

Since losing weight, she has become an American Council on Exercise Certified Personal Trainer and has gotten a weight management certification.

‘I never thought I could do it, but I did. And so can you,’ she wrote on her blog. ‘My weight loss journey proved to me that anything is possible.’