A morbidly obese mother who consumed 5,000 calories a day has shed eight stone post pregnancy, after her GP suggested she had a gastric band.

At a size 26 and 20st Rachel Smith, 35, of Dorking, Surrey, was horrified when her doctor suggested weight loss surgery following the birth of her daughter Jessica in September 2016.

Instead, Rachel, now a trim 11st 8lbs size 14, vowed to lose weight naturally, saying: ‘I was taken aback. No one likes being told they are morbidly obese. 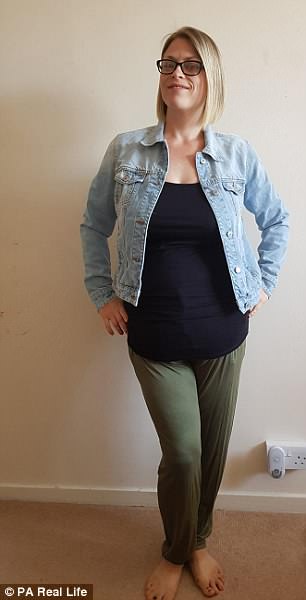 Rachel Smith has lost eight stone after she joined a slimming club in order to avoid weight loss surgery. Pictured: Rachel when she was morbidly obese (left) and today

‘I told the GP I would think about the gastric band, but when I got home, I realised I didn’t want to have major surgery to lose weight, I needed to do it on my own.

‘The truth is, I was just lazy and couldn’t be bothered to slim down.’

Rachel, whose partner-of-seven-years, Wayne Cashmore, 36, ate up to 5,000 calories a day – two-and-a-half times the 2,000 calorie limit recommended for women by the NHS.

At her biggest, her then 46 J breasts were so heavy she developed sores beneath them and under the rolls of fat on her stomach. 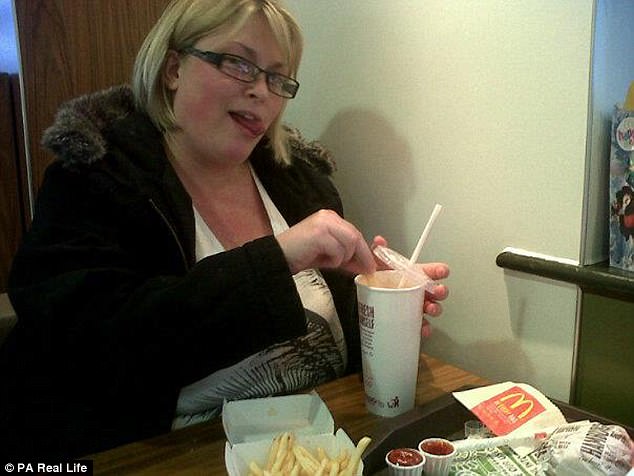 Devouring 5,000 calories a day Rachel ballooned to 20st, gorging on a diet of takeaways 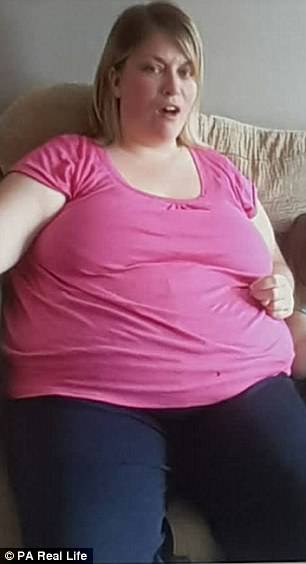 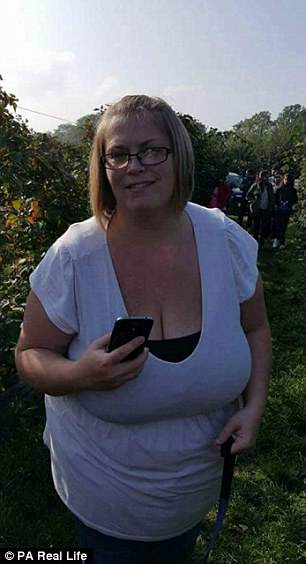 Also a mum to Neve, nine, from a previous relationship, and Ella, four, she said: ‘It wasn’t helped by the fact I did so much sitting and lying around. It got so bad that I had to use fungal cream to treat it because it became so infected.

‘But I’d never felt bothered about losing the weight, so I just ate takeaways or bought a five-pack of donuts and would only leave one or two, so it didn’t look like I was eating them all.

‘I knew how big I was, but it was just easier to grab the nearest thing and eat it.’

She continued: ‘My eating was out of control. A real junk food addict, I’d scoff anything I could, which in turn meant I struggled to do anything at all.

‘I wouldn’t want to even push my kids on the swings at the park, as it was too much effort. Even a 10- minute walk to my children’s school was too arduous. I’d end up getting the bus, as I could hardly make the short journey.’ Rachel’s turning point came in September 2016, after Jessica was born in the July and she went to her GP to see if she had shifted her baby weight, only to be asked if she had ever considered drastic weight loss surgery.

As a result, in January 2017, she joined Slimming World and vowed to change.

Now, 17 months later, Rachel is unrecognisable – and feels amazing, saying: ‘People stop me in the street and say how different I look.

‘Before I was sweating all the time. I looked a complete mess. Strangers would say unkind things to me and while I pretended I didn’t care, it hurt.

‘Once in a pub a man asked me, “How the hell can you fit in that chair?” Another man shouted at me, “Someone needs to go to Weight Watchers.” 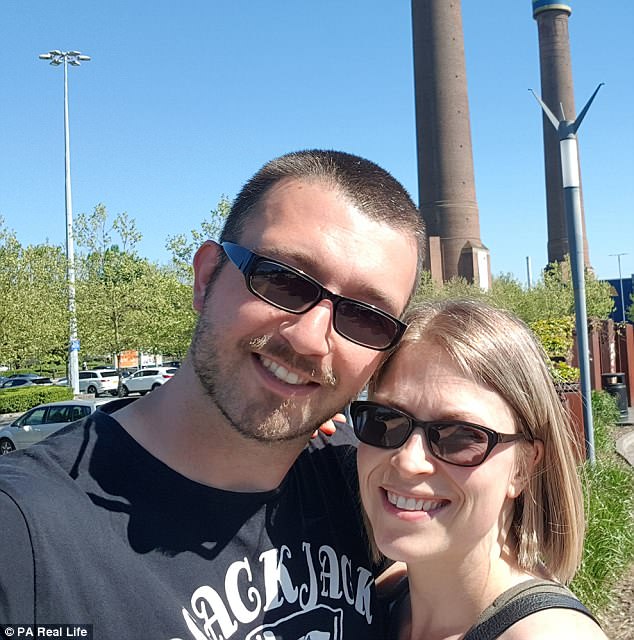 ‘While I was only too happy to play the clown, deep down I was very unhappy.

‘Of course, Wayne always said he loved me whatever size I was, but he’s the first to compliment me now and he’s certainly noticed I have loads more energy.

‘It’s also great for the kids, having a mummy who can actually play with them.

‘Now I’m getting attention for all the right reasons and really love myself.’

Breakfast: Four slices of toast, with butter and Marmite

Breakfast: Porridge for breakfast, made with almond milk