By Kelly Strange for MailOnline

A mother who vowed to lose weight after she became trapped in a turnstile has since lost eight stone in just one year.

Aimee Medler, from Norwich, was mortified after visiting Great Yarmouth race track with her boyfriend Martin Fisher where she got wedged in the gateway.

The 26-year-old, who then tipped the scales at 22st, was forced to use the wheelchair entrance in order to get into the venue which was the encouragement she needed to slim down.

After ditching her diet of takeaways, crisps and chocolate Aimee has now lost eight stone and has gone from a size 26 to a svelte size 12.

Supermarket worker Aimee said: ‘We were going to watch the banger racing for my partner’s birthday, but I was too fat and the turnstile wouldn’t go round.

‘There was a big queue behind me and people were looking to see what the hold-up was.

‘When I realised I wasn’t going to fit through, I wanted the ground to open up.

‘I was holding back tears waiting for a member of staff to come and help me.

‘When they saw I was stuck because of my size, they pointed to the gate used for wheelchairs and pushchairs. 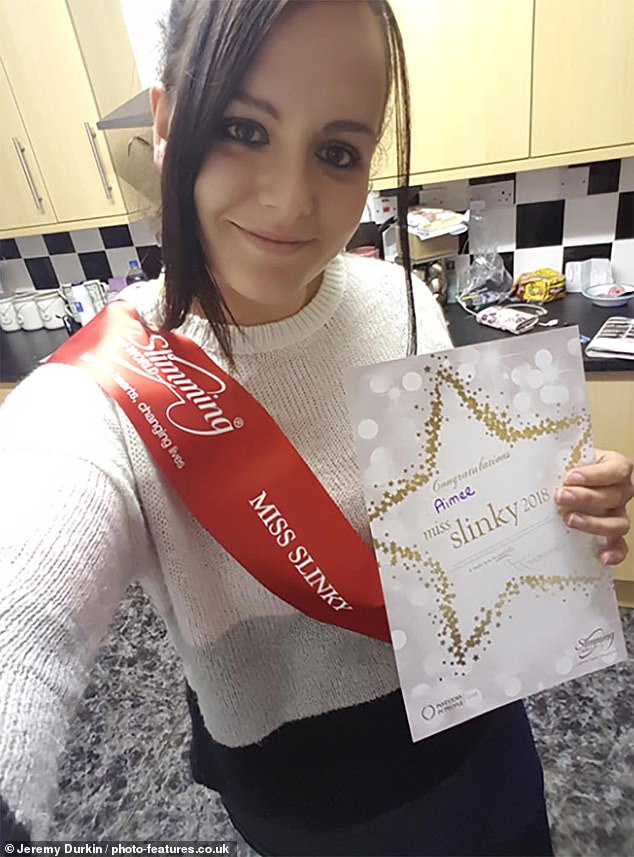 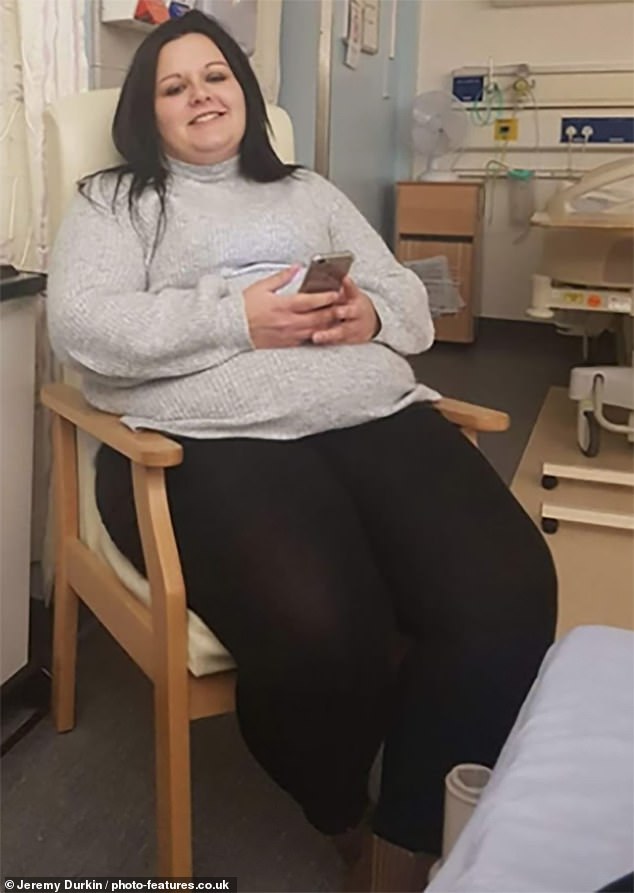 Aimee previously lived off a diet of takeaways, chocolate and crisps and wore a dress size 26 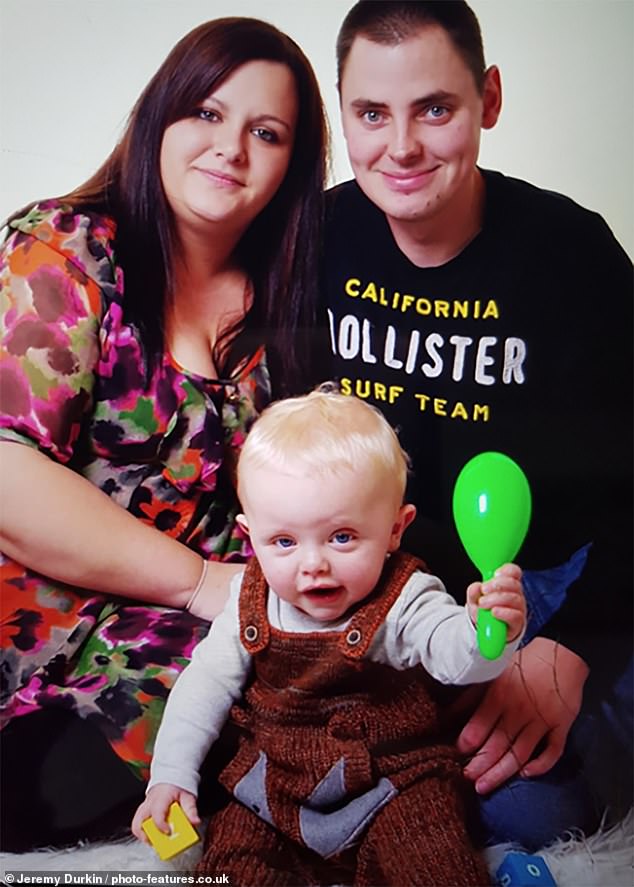 ‘I backed out. I was embarrassed but waddled over as quickly as I could because I just wanted to get in and hide.

‘I didn’t look back because I didn’t want to see anyone laughing. The whole night was ruined because I was so upset and ashamed. I couldn’t think of anything else.’

Mother-of-two Aimee had always struggled with her weight and loved snacking on savoury treats.

But after getting pregnant with Alfie, now three, her appetite became out of control.

She was gorging on tubes of salt and vinegar Pringles followed by an entire pizza or burger. 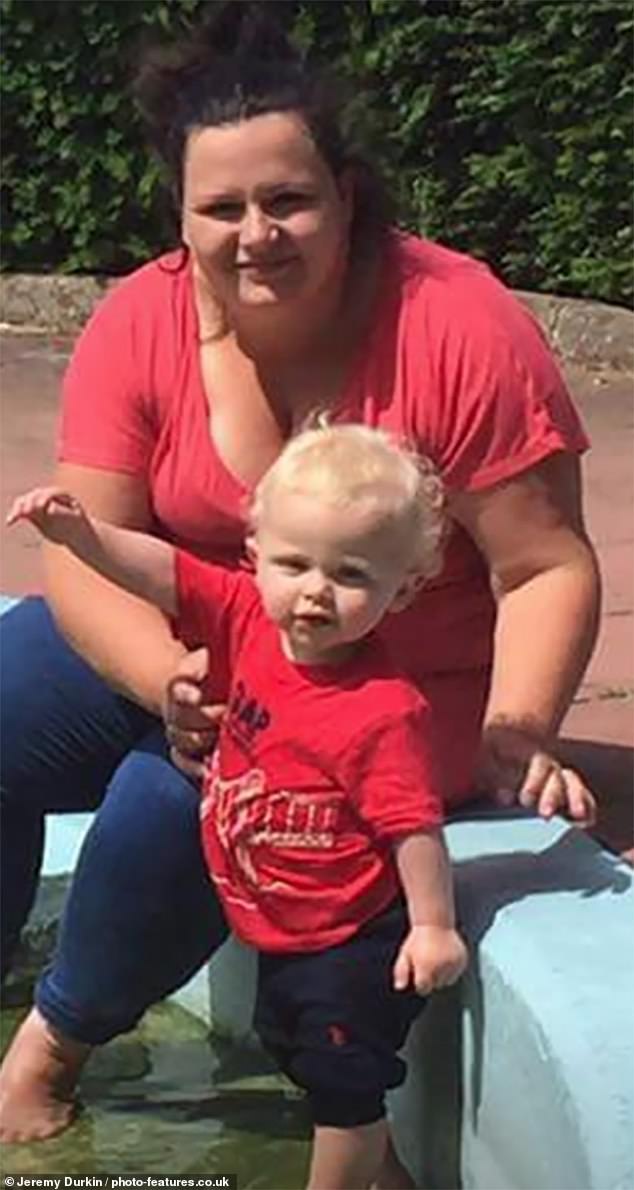 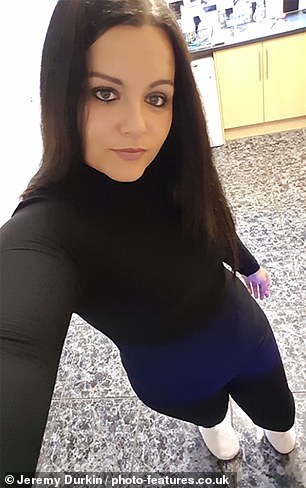 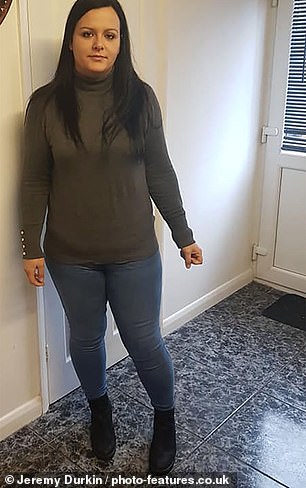 At her heaviest she was eating takeaways several times a week.

Things got worse after her son Tommy was born in December 2017 and she hid her bulk in baggy maternity clothes.

But getting trapped in the turnstile was the final straw.

In the first week she lost half a stone and over the next 12 months the weight fell off and she has now slimmed down to 14st.

Now the young mum loves being able to glide through the turnstile when her motormad partner takes her to the racing with him.

And he can’t keep his hands off her new bodywork.

She said: ‘Now I finally feel good about myself, I’m more like a sleek new model than a rusty old banger.’